Hakkinen: Every mistake Ferrari make will be punished by Red Bull 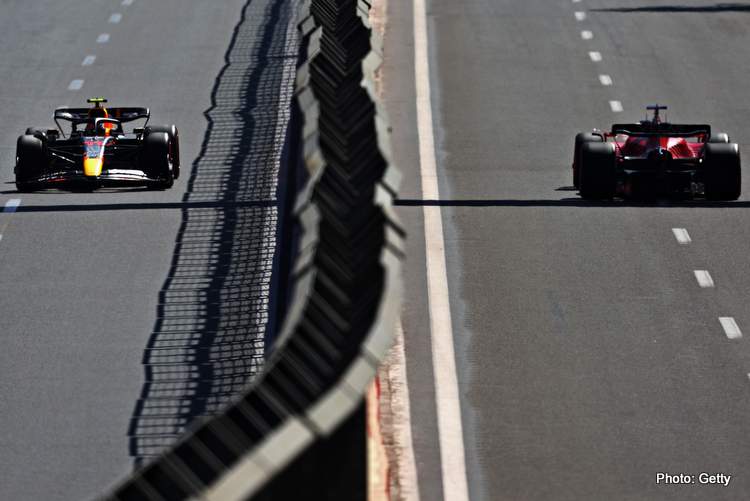 Mika Hakkinen reflected on disastrous race for Ferrari in Baku, and warned the Scuderia that every mistake they make will be punished by Red Bull.

The two-time Formula 1 World Champion weighed in in Ferrari’s plight at the 2022 Azerbaijan Grand Prix, as they suffered a double DNF, Carlos Sainz retiring in the first few laps of the race due to a hydraulic problem, while Charles Leclerc suffering a painful power unit failure that ended his race while he was leading.

“Charles Leclerc must be wondering what he has to do to find some good luck,” said Hakkinen in his Unibet column.

“He has been on pole position for the last four races and his qualifying performance on Saturday was really brilliant. He got everything he could out of the car.

“I think we were going to see a really close battle for the race win because Max was certain he could close the gap on Charles, but we never got to see what would happen because of the Ferrari’s engine failure,” he mused.

We’re hurting. We know you are too.

But it’s time to knuckle down and get ready to go again, team 💪#essereFerrari 🔴 pic.twitter.com/GGtmrRvCsr

What happened with Ferrari is a disaster

Hakkinen did not sugar-coat the facts, and said: “Ferrari know that the last three races have been really critical as two engine issues and poor strategy have cost Charles potential victories in Spain, Monaco and Baku.

“To have both cars fail to finish is one thing, but on a day when Red Bull then scores a 1-2 finish to extend their lead in both the Drivers and Constructors World Championships is a disaster,” he insisted.

“It will be interesting to find out the reasons for the retirements of two other Ferrari-powered cars at Haas and Alfa Romeo, because if there is a particular problem it needs to be solved urgently.

“We are only three Grands Prix away from the mid-point of this year’s World Championship and Ferrari really have to get on top of their reliability problems as well as have more confidence in delivering a strong race strategy.

“Every mistake will be punished by Red Bull, which is what we have seen again in Baku,” the former McLaren driver warned.

Red Bull strong and can count on both drivers

On the other hand, Hakkinen believes that Red Bull are firing on all cylinders, with both their drivers being in top form.

“Checo (Perez) is doing a really fantastic job of supporting Max at Red Bull,” he pointed out. “After his win in Monaco he came to Baku and was quickest in two of the practice sessions, and ahead of Max in all of them.

“To then qualify second behind Charles and take the lead at the start shows just how much confidence Checo has in himself and the car,” the Flying Finn believes.

“Max has Checo to thank for the win, in my opinion, not only in accepting the team’s strategy but also in having a 5 second pit stop at a key moment in the race.

“Red Bull really does have the benefit of two strong winners in their team, while Ferrari is suffering with Carlos Sainz Jr having a lot of poor luck as well as being unable to match the pace of Charles,” Hakkinen added.

Bulls on 🔝 in Baku pic.twitter.com/5P6CZpatov

“The one thing everyone knows in F1 is that to win the championship you need that combination of speed, reliability and consistency which is so hard to find.

“Ferrari has the speed, but the other aspects are not there, while Red Bull is showing exceptionally strong form everywhere.

“Red Bull has some issues with reliability at the start of the season, but they have now put that behind them. Ferrari needs to do that same, and quickly!” the winner of 20-grands prix concluded.