Sainz: Extremely difficult to get any kind of momentum 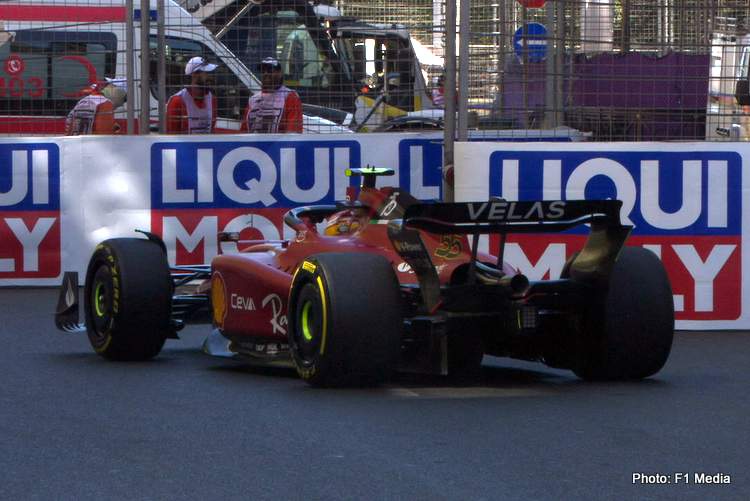 Carlos Sainz suffered his third DNF of the 2022 Formula 1 season at the Azerbaijan Grand Prix, and lamented that he is unable to get any kind of momentum.

The first two DNF’s for Sainz – in Melbourne and Imola – cannot be blamed on his team as they were down to driver errors, but it was a hydraulics problem that ended his race in Baku prematurely.

Sainz insists that reliability was not a worry on his side of the garage, and told the media after the race: “From my side this year, we haven’t had any reliability issues.

“It’s been all pure unluckiness and things are going my way. But I see that Charles had a problem in Barcelona and another one here.

“On my side it’s been extremely difficult to get any kind of momentum every time I do a good race… the following race there’s something happening. 2022 has been extremely frustrated on that side. But I’m still hoping that one day all this will finish and we will start having a smoother time,” he explained.

Everything just shut off

Asked to explain the details of his breakdown, the Spaniard said: “Already braking into Turn 3 I felt an issue with the downshifts and upshifts and braking into Turn 4 everything just shut off and I lost control of the hydraulics, which obviously was the problem.

“So big shame because up until then, we just had been managing a lot the tyres not really pushing, waiting for a moment to push a bit later on,” he revealed.

Speaking later in Ferrari’s post race report, Sainz said: “Today’s result is hard to accept.  However, we are a very strong team and I have absolutely no doubt we have the ability and determination to come back stronger.

“There is still a long way to go this year. On to Canada,” he concluded.