Jos Verstappen: A challenged Max is an even better Max 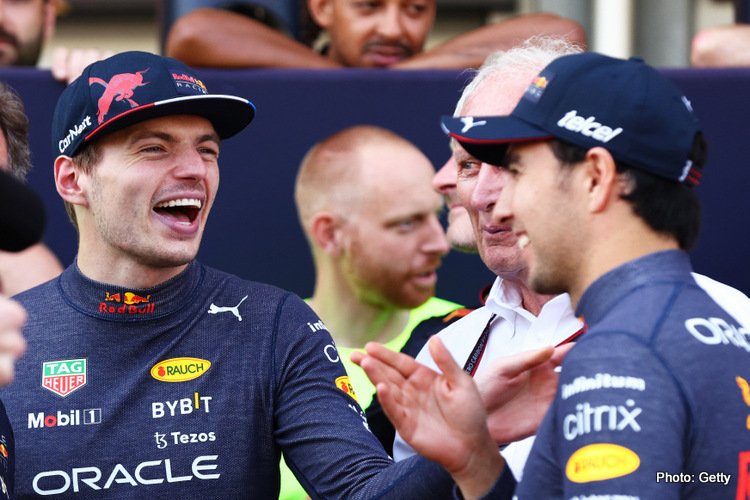 Jos Verstappen was not in Baku to watch his son Max notch up a 25th Formula 1 victory, instead, he was crashing rally cars but, on cue, he gave his thoughts on an absorbing if not riveting 2022 Azerbaijan Grand Prix.

Until Sunday, Max did not find the sweetspot around Baku City Circuit and was out-qualified by Perez again.

But in the race, the World Champion had the edge, with Ferrari imploding, Red Bull controlled proceedings without the need to prioritise one driver over the other, as Jos had suggested after Perez’s victory in Monaco.

In the end, Verstappen’s 15-plus advantage (it could have been more had they not slowed him down!) was a reality check for anyone that thinks Checo can match Max on pace in the race, the Mexican can’t, and that’s why the guy in the #1 car won.

Jos gave his customary analysis of the race published on the official Verstappen website: “A win is always beautiful, but it’s good to see the kind of run Max and Red Bull are stringing together. After the two retirements at the start of the season, everyone thought it could be lost.

“Now you see Ferrari is currently having problems, but things can change in an instant and it remains a very technical sport. Then you notice that Red Bull often has things in order, with their skilled people and experience.

While Leclerc had a strong shot at a win, Verstappen’s pace as the race progressed suggested the pair would be slugging it out to the very end, until the Ferrari PU went poof.

Jos continued: “I thought Max was very strong in Baku and let’s be honest: everything played out conveniently. I think Ferrari made a good call bringing in Leclerc during the virtual safety car. When Max came in later on, he was 13 seconds behind.

“There was another virtual safety car later on, Leclerc could have taken advantage of that again. That he had to retire with technical problems played out good for us. Max might have caught up with him but that would have required taking more risk and overtaking. It didn’t have to come to that.

“You could see Max was very motivated. That had of course to do with the previous race in Monaco, but he doesn’t really let it get to him. I think that’s very beautiful, it only makes him better. A challenged Max is an even better Max.

“The only thing that’s still lacking is qualifying. Saturday you could see the frustration during the post-session interview because it’s not going yet like he wants it to. If they can sort out the qualifying, things will be easier for him.

“On street-circuits, this is even more evident. There is less rubber and he has more difficulty to rotate the car quickly. The good news is that during a race, the Red Bull goes like a rocket.

“The balance of the car is good. During a longer run the tyres behave differently and the car becomes quicker with turning. Max can deal with that very well. 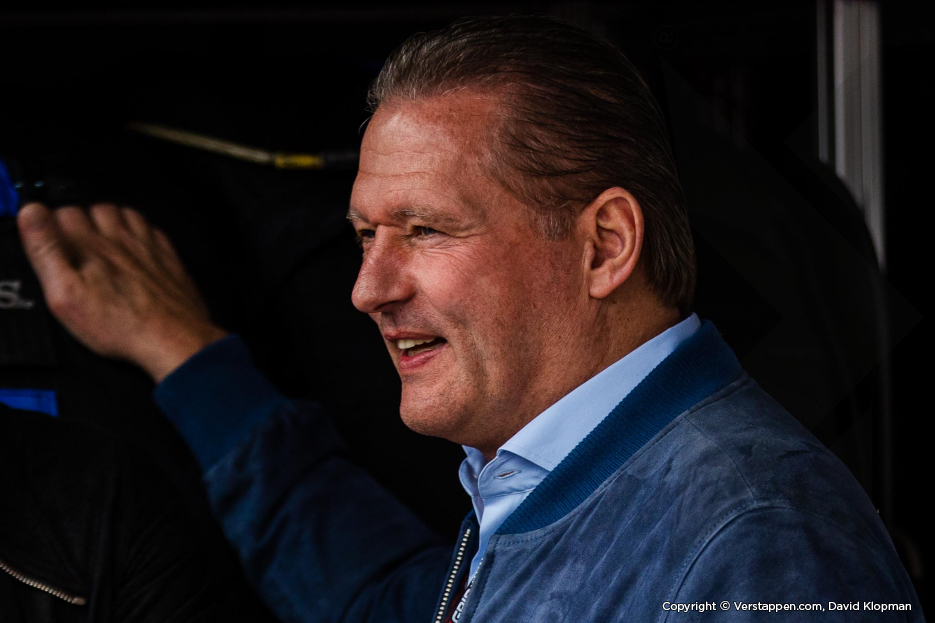 Max is great in driving consistent lap times. It was nice to hear the interaction over the onboard radio between Max and his engineer Gianpiero. Max pointed out that he shouldn’t go too slow because the tyres would cool down too much.

“You have to stay near the limit, also for your concentration. The vibe between GP and Max is very good. They know each other through and through,” added Verstappen senior who sacrificed his motor racing career to dedicate his life to turning Max into the great race driver we have today.

As for Jos’ rally adventures, they’re sounding a little like Kimi Raikkonen’s forays on dirt as  Verstappen senior drove the Rally of Wervik on Saturday.

He reported: “Until the fifth stage, it went very well. We were competing for the victory. Unfortunately, in the fifth stage things went wrong. I over-steered and drove into a ditch. There, we hit a piece of sawn-off tree trunk at 130 kilometers per hour.

“That was quite an impact. It will take a few weeks to repair the car,” added Jos the Boss.