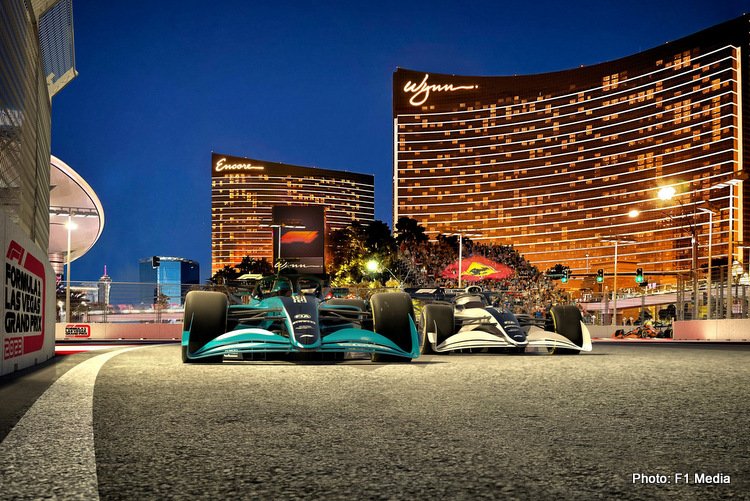 An order by the District Court of Clark County, Nevada grants Formula One and Liberty Media “international judicial assistance under the Hague Convention of 18 March 1970” to take testimony and inspect evidence from Stephen Silk, British managing director and partner of the well-known sports marketing firm, The Partnership Practice.

The request by F1 attorneys for judicial assistance mentions yet one more non-disclosure agreement which bears on the case, an apparent March 23, 2016 NDA between P2M and Silk.

Prior non-disclosure agreements between P2M and the race host Las Vegas Convention and Visitors Authority and its advertising firm, R&R Partners, are at central issue in the complex litigation which could affect the running of the planned November 2023 Las Vegas F1 Grand Prix.

Of interest, the stated date of the P2M/Silk NDA runs concurrent to the early negotiations by Liberty Media to purchase the F1 commercial rights from former supremo Bernie Ecclestone. That document may thus bolster claims by P2M of their exclusive promotional standing for the Las Vegas race. 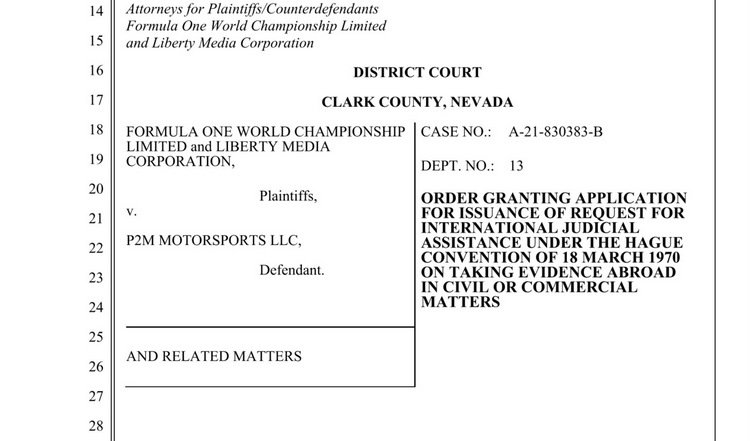 Among numerous particulars, the order grants inspection “of notes taken of the conversation [Silk] had with F1’s Bernie Ecclestone on March 18, 2013.”

The judicial order also describes a meeting three days later between Silk and “representatives of P2M and F1.”

Notably, 91-year-old Ecclestone was arrested last month in Sao Paulo, Brazil for carrying an illegal firearm in his personal luggage.

F1 further seeks by court order Silk’s copies of the contracts between himself and his firm with P2M as well as “Mr. Silk’s knowledge and opinions on matters personally perceived by him, regarding the existence of any contract or agreement between Formula One and P2M.”

Mr. Silk, of Highworth, Wiltshire in the UK, has brokered numerous sponsorship deals in Formula One. One highly publicized sponsorship involving the American technology conglomerate Honeywell and the former Lotus Formula One team foundered however, leaving the venerable racing marque without a title sponsor for the 2013 season.

Attorneys representing P2M consented to the judicial order sought by Formula One and Liberty Media, leading observers to wonder who holds the better Las Vegas hand, and whether P2M will seek an injunction to postpone or cancel the 2023 Las Vegas Formula One race.

The case, “Formula One World Championship Limited, Plaintiff(s) vs. P2M Motorsports LLC, Defendant(s)” is scheduled to go to jury trial in Las Vegas on February 7, 2023.

Randall Cannon is the author of “Caesars Palace Grand Prix – Las Vegas, Organized Crime, and the Pinnacle of Motorsport” and “Stardust International Raceway – Motorsports Meets the Mob in Vegas.” Both books are available from the publisher McFarland Books.com, Amazon.com, and most online booksellers.