Vettel: I don’t know what life after Formula 1 looks like 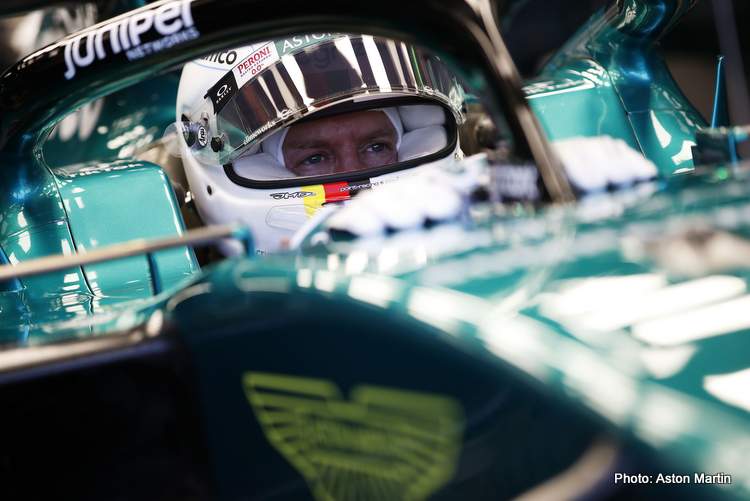 Sebastian Vettel admits he doesn’t know what to expect from life beyond Formula 1, should he decide to retire, while his future in the sport becomes increasingly under scrutiny.

Many are questioning the German motivation to remain in top flight with Aston Martin, a team who is yet to show any signs of serious progress to match the money thrown art it, and the big words from the management.

Speaking to Sky Sports F1, Vettel was asked if his future depends on the progress his team shows, his answer being: “Yes [it is],

“I have done motor racing for my whole life, and it gives you security, in terms of the schedule being made by other people,” he added.

“I don’t know what life after Formula 1 looks like and I don’t think any sportsperson knows what the next life looks like. You can have certain things lined up, but you don’t know and that is the truth,” Vettel admits.

You win the lottery once

“How many times can you win the lottery?” the four-time World Champion mused.

“I enjoy driving the car but there are other things I don’t like,” he admits. “After so many years, the usual stuff comes up that you don’t understand at the beginning, like the travel. It is very time consuming, and I have kids at home and a family so it equals time away from them.

“The future depends on this year and the races that I have coming up,” Vettel insists. “I have not decided yet. The summer is the usual time when you start to talk so we will see.”

Vettel’s previous nemesis Lewis Hamilton is currently struggling with a car that is way off the pace, while having to deal with a young, fast, and motivated teammate in the form of George Russell, as the younger Briton seems to be having the upper hand in the intra-Mercedes battle.

Vettel said this of Hamilton’s situation: “When you get to know the sport in the way I have done and Lewis has done, winning and being at the top is what you strive for.

“Does it excite you to finish eighth, or 12th or 13th? No, it doesn’t, when you know you have been first so many times – and in Lewis’ case more than any other guy.

“George (Russell) comes in. He spent three years at Williams suffering at the rear of the field, scoring the odd point, and then suddenly he is eighth or 12th and life for him is amazing,” the 34-year-old pointed out.

“Everybody is different, but you need to be fair from the outside and say, look, is Lewis naturally going to be as fired up about finishing eighth as George probably is?

“No, and I would be surprised if he was,” the winner of 53 grands prix predicted.

Vettel is now gearing up for the 2022 Azerbaijan Grand Prix, where last year he gave Aston Martin their first podium in F1 finishing second behind Red Bull’s Sergio Perez.