Parc Ferme: Getting away with murder at Monaco 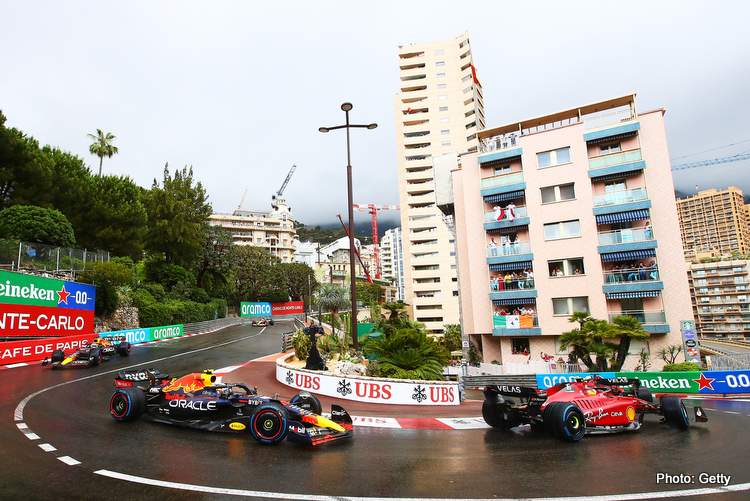 Monaco showed us last Sunday, that the further we travel into this 2022 Formula 1 World Championship season, the farther away we seem to move from the essence of motor racing.

The essence of motor racing being: The outcome of a Grand Prix being decided between drivers racing each other within a defined course, with clear regulations as to what is and is not permissible.

As a street circuit, track limits in Monaco were not part of the mix for a change – apart from the Nouvelle Chicane exit. However, the Stewards and Race Director(s), were overly involved or noticeably absent when it came to key decisions regarding the racing.

Efforts to stymy any racing were in effect before the start 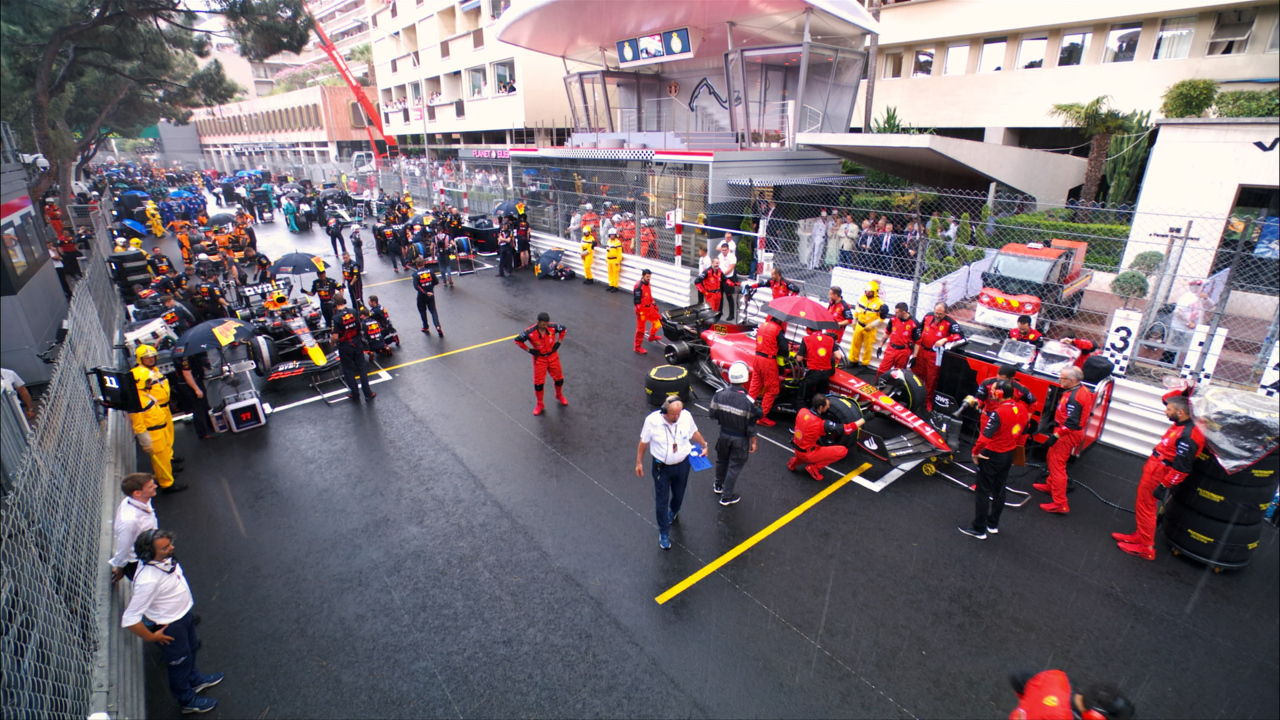 Left on the wet Monaco grid contemplating their navels as the official start time came and went, the drivers’ body language on T.V. was clear while Max audibly summed it up: “What are they (the officials) waiting for, the track to dry up?”

Who knows what was being discussed upstairs in Race Control at the time? However, it is ironic that the boys taking the risks wanted to “get it on” whilst the “Blazers” were trying to decide if it was cold enough to wear a vest or not.

Eventually, the Race Director’s decision-making dice rolled a “start the race” although I don’t call two laps behind a safety car a “start” even if the FIA does. After a quick rain-sodden parade around the track, the “race” was Red flagged and the boys were led back to the pits.

Here they sat for the next 50 odd minutes before returning to the track for what would now be a rolling restart from the pits.

Again, it had been decided that the best drivers in the world, driving the best cars in the world, were not up to the task of handling a wet street circuit. For sure it was a bit “hairy” out there but isn’t that the point?

If it was easy, everyone could do it. I guess the officials just judged it on the merits of their own “talent bag”…

I am sure it wasn’t just the officials that were nervous as the cars left the pits for the re-start of the race in Monaco. The Budget Cap – another non-racing issue – had already started to loom large in the Teams’ and drivers’ minds.

Its potential influence on the outcome of the Drivers’ and Constructors’ Championship has become increasingly apparent as the season progresses. Messrs Horner and Co had already been sounding off about how the teams (read Red Bull for sure) were going to bust their budget limits and/or miss races because of it, blaming it on inflation, increased transport cost and oh, a teeny bit on upgrades and PU’s.

To underline the issue, Mick Jr. – the terror of the TechPro, destroyer of chassis and general slayer of Team budgets – gave violent evidence of the problem on lap 27.

Painting himself into the Monaco scenery, as he exited the fastest turn on the circuit, his chassis promptly broke in two. Fortunately, the young driver suffered no physical injury (unlike his car). He’s made a bit of a habit of this lately, so much so that you know when the young German has arrives at the track because the Armco barriers start whimpering.

With Mick’s chassis re-building program sucking up all his Team’s dollars, it’s no wonder Haas doesn’t bring any upgrades. In an effort to save money, Guenther Steiner was spotted in the bins after Monaco, apparently trying to find some used slicks he could put on Mick’s car for FP1 in Baku!

Money has always been an issue in F1 but in the past, it was generally restricted to a few teams at the back of the grid.

Now the whole grid is affected, with competitive outfits struggling to stay with and/or catch the leaders. A team must consider very carefully if and when they bring their upgrades as every broken engine and stuffed chassis is a drain on the pot.

This discourages drivers from “pushing” and/or racing hard as a mistake may result in falling behind in the development stakes; something I’m sure was not intended when the new regulations were being drafted.

Accident repairs should not be counted within the budget cap.

Getting away with murder at Monaco

Having seen both Red Bulls touch and partially cross the blend line, I expected to see an investigation notice swiftly appear on the screen. Nothing doing. Ocon gets a five-second penalty for something that could have been a racing incident and yet when two drivers touch/cross the blend line. Zilch. Not even a “we’re looking into it” from the Stewards.

Here we go again, is the ghost of Michael Masi haunting Race Control?

It transpires a “typo” was the excuse for letting Max and Checo off. Really? Every driver who has ever been fined for the same should now demand back the money they paid to the FIA.

I’m delighted Checo won the Monaco Grand Prix, especially after Barcelona but he and Max made a mistake that so many other drivers have been penalised for without question. The explanation given is wholly inadequate. It should have been Carlos and Ferrari on the top step.

There are some unintended consequences of the new regulations which need to be urgently addressed. However, I see no excuse for the regulatory body. It seems that previously competent officials appear to struggle once they start adjudicating F1.

Liberty needs to get this sorted. For an activity that is trying to attract gambling revenue, this sort of shenanigans is not a good look.