Horner: Doesn’t matter whether Verstappen or Perez is Champion 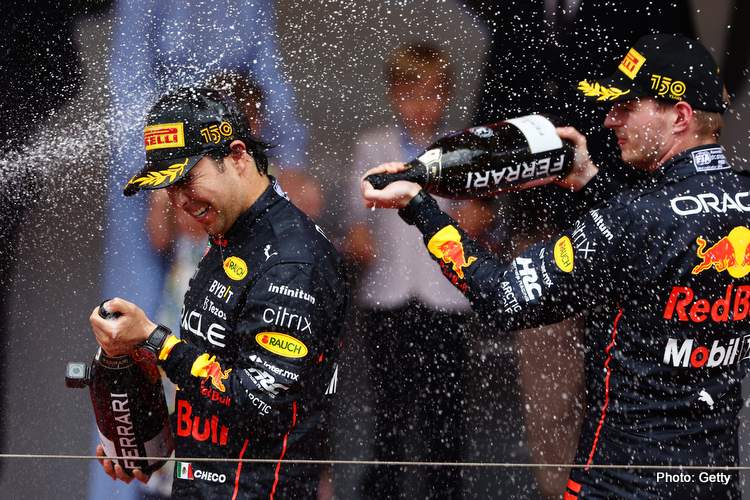 Red Bull resorted to team orders at the Spanish Grand Prix in Barcelona, moved Sergio Perez out of the way of reigning Champion Max Verstappen allowing the latter to win the race.

Perez, despite obeying the orders, was unhappy and in the following race in Monaco was on great form, outpacing, outqualifying, and outracing Verstappen to take a great win around the streets of the principality.

That put him third in the Drivers’ Standings, just 15 points from leader Verstappen and six behind Charles Leclerc in second, which will make the driver dynamic at Red Bull an interesting aspect to watch as the season evolves, especially as Perez was announced as a Red Bull driver for two more years straight after Monaco.

Horner is adamant both his drivers have an equal shot at the Title, and told the media: “It doesn’t matter to us which of the two is world champion.

“Of course, the constructors’ is enormously important,” he added. “But whether it’s Max or Checo, they’re both Red Bull drivers, and they’ve both got the same chance.

“Of course, it’s a long, long season, and it will have its ebbs and flows. But it’s great to have both drivers right at the sharp end,” Horner insisted.

Perez’ form not a one off

Perez seems to have found an extra gear in his second season with Red Bull, as the gap to Verstappen shrunk, and his strong performances have become more consistent.

“Checo is in the form of his career, he’s doing a great job,” Horner commented. “And it’s not a one-off. I mean, we saw his pole position in Jeddah.

“He’s really hitting a rich vein of form. So that’s fantastic for us. But we need both drivers working the way they are together.

“Because Ferrari had the quicker car, certainly in qualifying, whether it was in the races is unknown, but they are massive opponents, and we’ve got to work collectively to make sure that we get both drivers ahead of them,” the Briton explained.

Red Bull are now leading the Constructors’ Championship from Ferrari with 36 points.