Hamilton: I do want it to rain 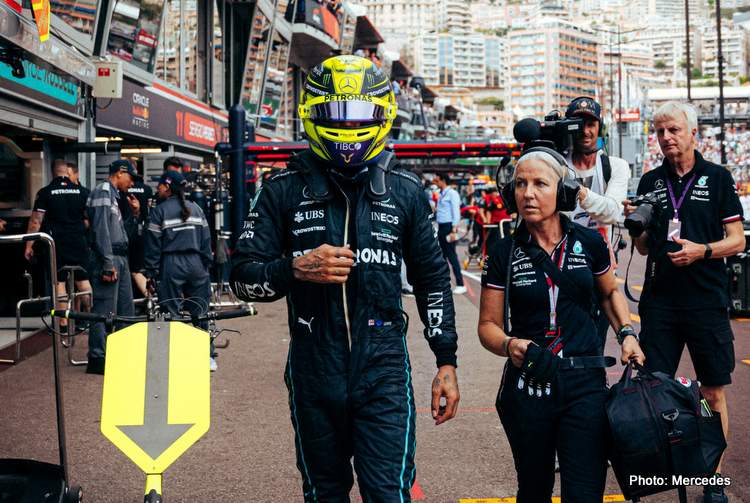 Mercedes’s seven-time Formula 1 World Champion Lewis Hamilton said only a wet race could spare him from more misery at the 2022 Monaco Grand Prix.

As home favourite Charles Leclerc romped to his third pole in as many races, Hamilton slumped to eighth, two places behind Mercedes team-mate George Russell.

Hamilton’s brilliant comeback drive to fifth at the Spanish Grand Prix a week ago provided him with some hope that he can haul himself back into the title mix.

But Hamilton, already 64 points behind championship leader Max Verstappen heading into the seventh round of 22, is poised to lose further ground on Monte Carlo’s impossible-to-overtake streets.

While the principality has bathed in sizzling sun so far this weekend, there is a six in 10 chance that rain could impact Sunday’s race.

“I am not doing any dancing but I do want it to rain so I am not just driving around in the dry in eighth,” said Hamilton. “You cannot overtake so I am hoping that the weather plays up and maybe we can do a different strategy.”

“We were not very good in the low-speed corners at the last race so I anticipated it would be difficult, but it is worse than we anticipated because it is super-bouncy.” 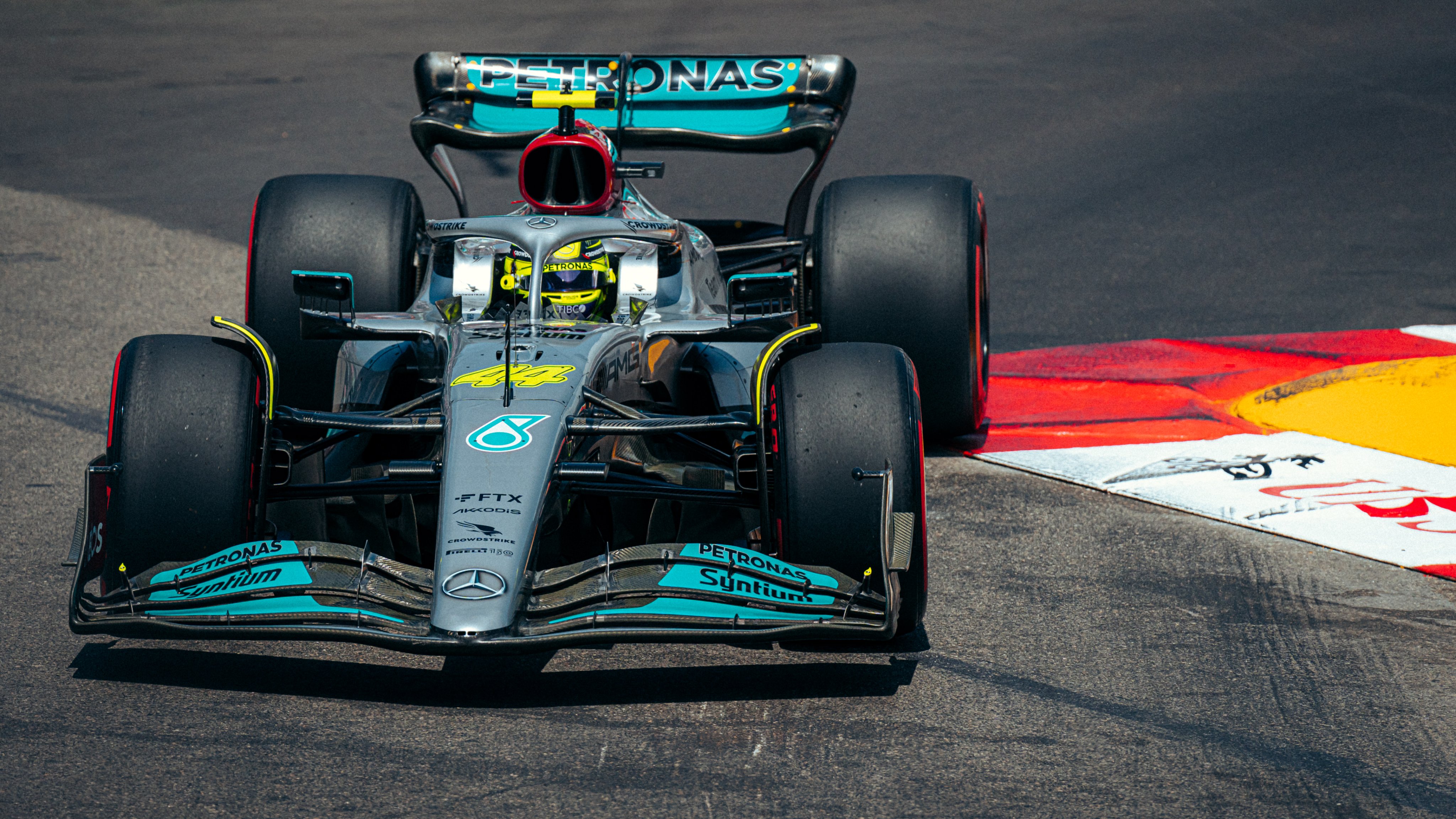 The Briton continued: “It would be nice to have some luck for once. I have been having bad luck all year so it is bound to stop at some stage,” added Hamilton, referencing a dramatic conclusion to qualifying which saw the running red-flagged with just half-a-minute left on the clock.

Sergio Perez crashed into the wall on the entrance to the tunnel with Carlos Sainz collecting the Mexican’s stricken Red Bull machine.

Neither driver was injured in the slow-speed smash, but with a Red Bull and Ferrari blocking the track, the session was suspended and would not be restarted.

Hamilton was on a speedier lap at the time, but it is unlikely he would have had enough in the tank to gazump Russell, who qualified four-tenths faster than his more illustrious teammate.

Russell, who is now 4-3 up on Hamilton in qualifying – and 28 points ahead of him in the standings – said: “Sixth is not a result to be celebrating but when you look at it objectively, there was no reason for us to be any higher. 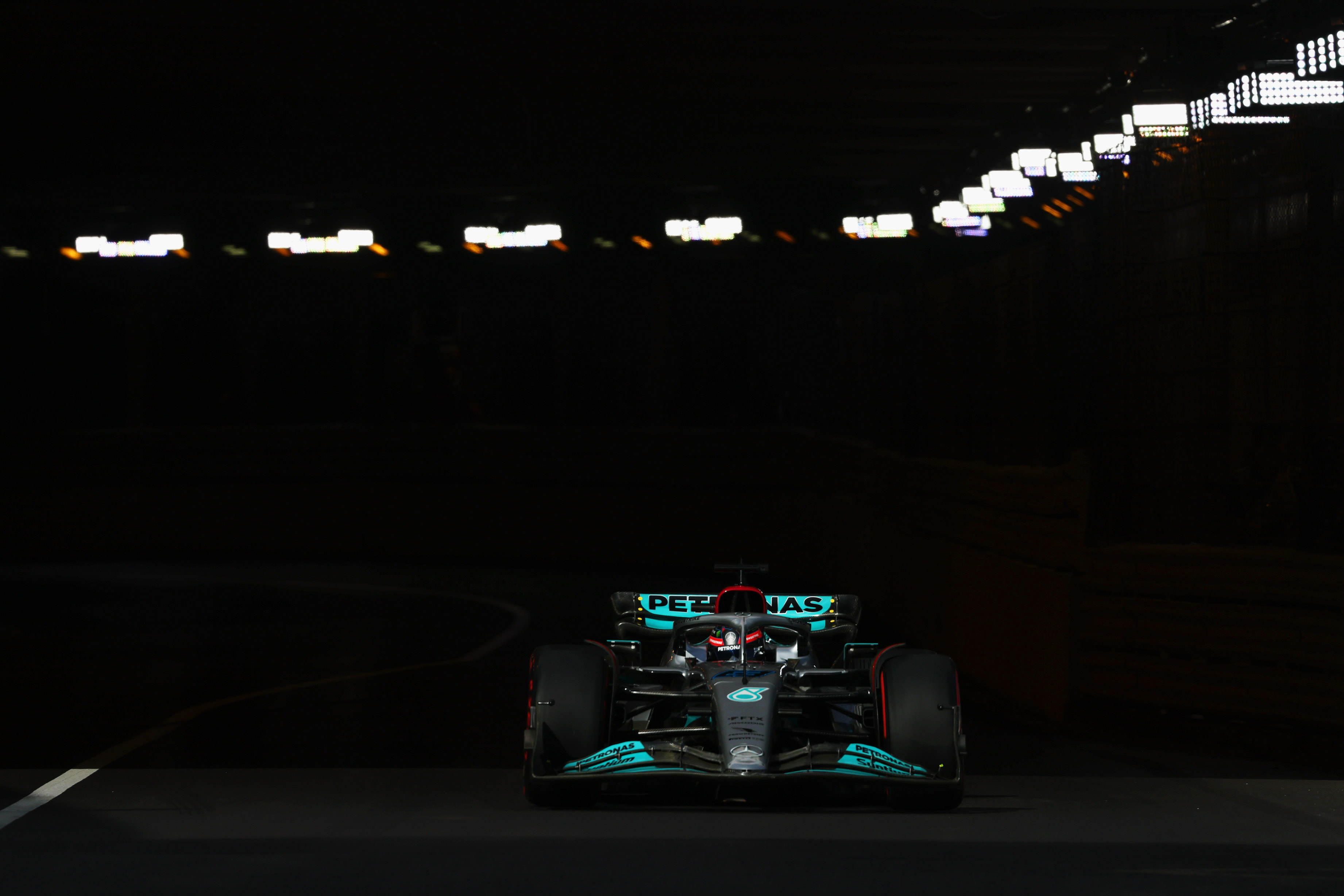 “Obviously there was a red flag but I was still four-tenths up on Lewis so that was promising,” added Russell who will start from sixth.

Mercedes team boss Toto Wolff summed up Saturday for his team: “That was a typically chaotic Monaco qualifying session, and at the end George got his lap done and Lewis missed out because of the red flags, which maybe cost him a position on the grid.

“But I think George’s result shows where the pace of the car is this weekend – Monaco has never been the easiest place for us, and that’s been true again this year. The race pace looked stronger than the single lap in practice, but it’s hard to make it count here, as we know.

“But it looks like the weather will mix things up for [Sunday], so let’s see how it turns out and whether we can make the most of the opportunities that might come our way. (Additional reporting by PA Media)