Brown: O’Ward an important part of McLaren’s future in IndyCar 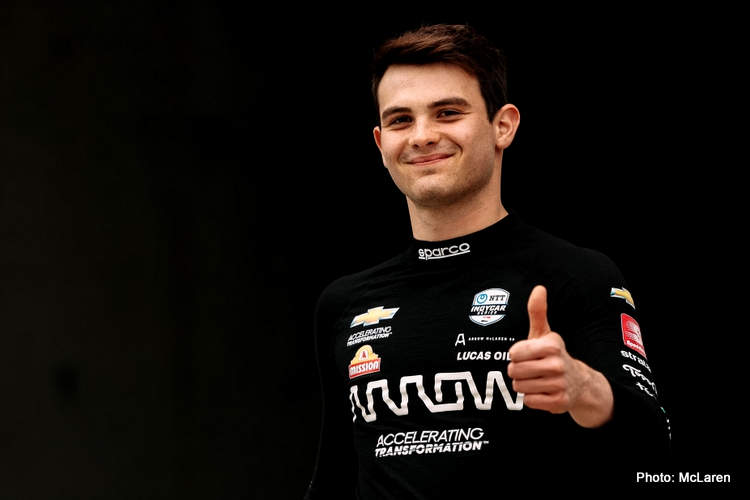 Pato O’Ward inked a contract extension two days before the Indianapolis 500 which makes him the centrepiece of Arrow McLaren SP in IndyCar and perhaps beyond.

The deal announced Friday extends O’Ward’s contract through the 2025 season, including a well-earned pay raise, a McLaren for his personal use and potential opportunities for the 23-year-old with McLaren’s Formula 1 team, McLaren’s head Zak Brown told The Associated Press.

“Pato is an important part of McLaren’s future in IndyCar and we are happy that he will be a key part of Arrow McLaren SP for years to come,” said Brown, CEO of McLaren Racing.

“He is an incredibly talented driver who has already shown what he is capable of in IndyCar and I look forward to watching him take the next step in his promising career.”

O’Ward is in his third season driving the #5 for Arrow McLaren and the Mexican is considered a championship contender. He scored a breakout two victories last year – it won him a bet with Brown that earned O’Ward a test last December in McLaren’s F1 car – and finished third in the IndyCar standings. He was in contention for the championship up to the season finale.

He opened the year partnering with fellow IndyCar drivers Colton Herta and Devlin DeFrancesco for a class victory in the Rolex 24 Hours of Daytona and then turned his attention to IndyCar. 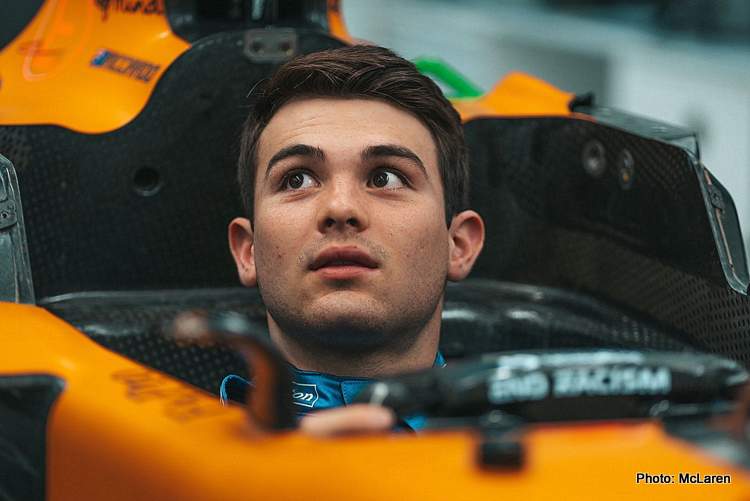 O’Ward turned up for the Indycar season opener unhappy with his contract – which McLaren admits was team friendly – and the driver’s displeasure showed on the track.

He finished 12th and 15th in the first two races and was 13th in the standings with the championship slipping away. Even worse, Herta signed a contract with McLaren to test its F1 car as O’Ward was holding out for a better deal.

It wasn’t until Long Beach that O’Ward decided to clear his head of the contract dispute and he parlayed his new approach to a fifth-place finish. He and Brown began hammering out the deals on an improved contract right after.

Then O’Ward won at Barber, was in contention for the victory on the road course at Indianapolis and challenged for the Indy 500 pole. O’Ward will start seventh, alongside teammate Felix Rosenqvist, on Sunday when he makes his third career start in “The Greatest Spectacle in Racing.”

O’Ward: This is exactly where I want to be 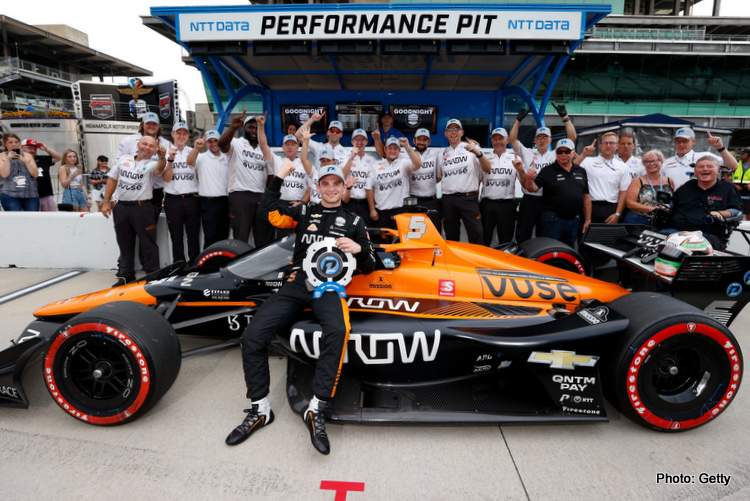 O’Ward, who finished sixth in his Indy 500 debut and was fourth last year, said: “I am incredibly happy to have locked in my future with Arrow McLaren SP. This team has truly felt like home for me over the past three years.

“I can’t wait to build on our success as we compete for wins and championships,” O’Ward said. “I want to thank the whole team for this opportunity. This is exactly where I want to be.”

It’s not clear what opportunities Brown might have for O’Ward in F1, which is the series that O’Ward hopes to reach. He did the young driver test at Abu Dhabi in December as a reward for winning an IndyCar race, but now Herta is next in line to get in McLaren’s F1 car.

For now, the IndyCar team is hoping their young ace will be a critical part of its success.

“The entire team is excited that Pato is onboard for the long haul. He is an important part of our plan here at Arrow McLaren SP, his energy and work ethic is infectious,” team president Taylor Kiel said.

“Having watched him develop since he joined the team, I look forward to building on these foundations to increase our performance and achieve our common goals in the years to come.”