Leclerc: We still have to fine tune the balance 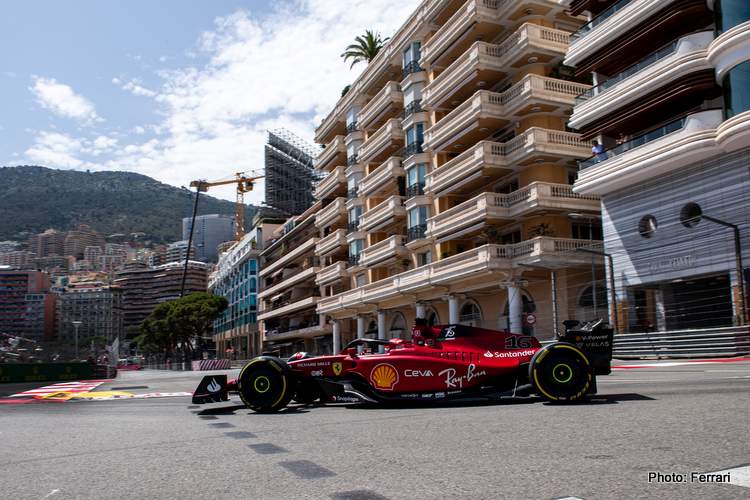 Charles Leclerc dominated Friday’s proceedings at Monaco, topping the timing screens in both practice sessions, but believes the balance of his Ferrari still needs some fine tuning.

The Ferrari driver is targeting his first win in Monaco after being extremely unlucky in all the previous times when he raced there, and he seems to be on the right path – provided luck is on his side – as he was in top form both in FP1 and FP2.

Having lost the Formula 1 Driver’s Championship lead in Spain last week after a DNF while leading the race due to reliability, a win at home would be the best way to bounce back.

“It was great to see so many people around the track today, considering that it is only Friday,” the Monegasque said after practice.

“It really makes me look forward to the next two days and hopefully we can give our tifosi a good result,” he added.

“We had consistent running and completed a good number of laps,” Leclerc revealed. “We still have to fine tune the balance but, all in all, it wasn’t too bad and we just need to make the usual step from Friday to Saturday now.”

It is always so special to drive in the streets of the city I grew up in.
Monaco, let’s go ❤️🇲🇨 pic.twitter.com/DPSTujkapr

Expect a tight qualifying in Saturday

Carlos Sainz, in the other Ferrari, seemed to be in a better place this weekend despite still being slower than his teammate.

However the gap between them was negligible, and provided the Spaniard can carry this form throughout the weekend, a good result may yet be on the cards for him, keeping in mind that he was on the podium in Monaco in 2021.

Sainz said in the team report: “An encouraging day after completing our programme and performing well on track.

“Monaco is always a demanding track, but also a very exciting and fun circuit to push the car,” he claimed.

“Qualifying will be tight tomorrow by the looks of today, but so far we’re happy with the job we’ve done and the way we’ve been improving every time we went out on track.

“Now it’s all about the small details and finding the perfect balance for qualifying tomorrow,” the nine-time podium sitter concluded.

Ferrari seem to have the edge around the streets of the principality, with Red Bull team boss Christian Horner telling Sky Sports F1 during FP2:”In this session they (Ferrari) have shown a lot of speed. They are looking pretty racey.”

Nico Rosberg agrees with Horner and added: “At the moment it has been is a big advantage for Ferrari.

“Leclerc is where you expect him to be, really dominating but Sainz has surprised to the positive because he is really flying out there.

“He is just a couple of hundredths away so maybe we could also see him with a shot at pole position come tomorrow,” the 2016 F1 Champion reflected.