Montoya: My money is on Max in Monaco 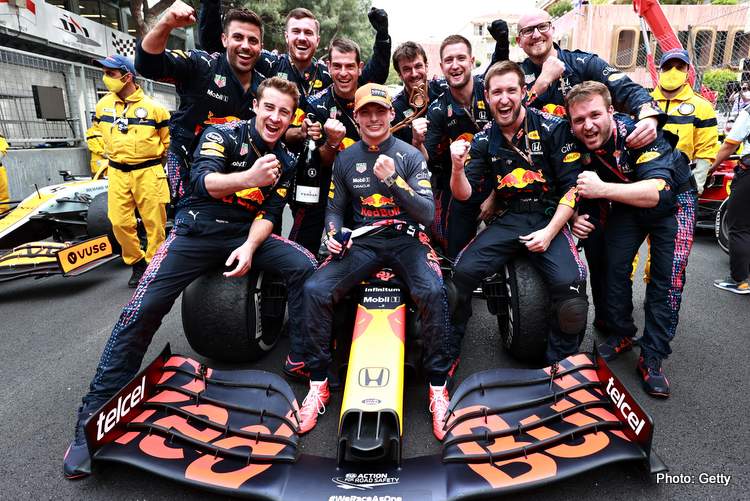 Verstappen heads to Monaco on a high, winning three races on the trot – Imola, Miami, and Barcelona – and according to former F1 driver Juan Pablo Montoya, the Dutchman could be well heading for a fourth consecutive win around Monaco this weekend.

“My money is on Max,” Montoya told VegasInsider, when asked who he believes was favorite to win the race at the principality.

“You know, it would be nice for Charles and for the F1 championship to get closer with a Ferrari win. But you got to say that Red Bull is more complete as a team. They execute better, they do a better job with everything,” he added.

Verstappen may have won in Barcelona last Sunday, but it was not straight forward, as he had to deal with a faulty DRS on his RB18, as well as an early error in the race, gusts of wind sending him into the gavel trap at Turn 4, jeopardized his chances.

Throughout the race, the Red Bull ace sounded agitated and frustrated over the team radio, something Montoya believes is down to pressure from Ferrari’s superior pace.

“I think that a lot of pressure comes from the fact that the Ferrari has a quicker car at the moment,” he believes. “You know, they should’ve won the race. Leclerc should have won the race by a mile.

“He made a mistake, he put the car on the grass. He went off into the gravel on turn four,” he said of Verstappen’s errors. “By doing so he put himself in a bad situation and then he starts getting angry with the team.

“Yes, they had an issue with the DRS, but after he had the issue that went on the radio, they told him: ‘Hey, you need to be careful because you are pressing the button twice or you are closing it yourself. So be careful with that’.

“The team did a good job changing the strategy on him and after that and he executed well. They were not racing the Ferraris anymore, so it was a different race,” the Columbian added.

The only driver who may be able to challenge Verstappen in Monaco is local hero Charles Leclerc. But the Ferrari driver has been fairly unlucky at his home race with his failure to take part in the race due to a driveshaft damage caused by his qualifying collision a day before still fresh in people’s memories.

While in 2020, Monaco didn’t feature on the F1 calendar, in 2019 Leclerc qualified 16th but crashed out early in the race as he was trying to make up places. So not a stellar record at home for the Monegasque.

Asked about Leclerc’s “curse” at his home race, Montoya said: “It really shouldn’t be a curse. I mean, he’s pretty unlucky there.

“But, Ferrari has got a lot of pace and we’ll see how good it is around Monaco,” he pointed out. “Because I think in the slow speed corners you can say that the Red Bull looks a little better.

“So, if I had to say it, I would say it’s probably more of a Red Bull track than a Ferrari track,” the former Williams and McLaren driver maintained.

“The Ferraris are normally better in the faster tracks like medium speed corners, not really slow speed corners. So, it’s going to be interesting to see how well they all work on the really soft tires.

“If I were to say who’s going to be better there, I would guess that probably Max (Verstappen) would be better than Charles (Leclerc).

“Especially in the race. Maybe on a one lap Ferrari could put a lap together, but on the race, my money would be on Max to win it,” the 46-year-old reiterated.