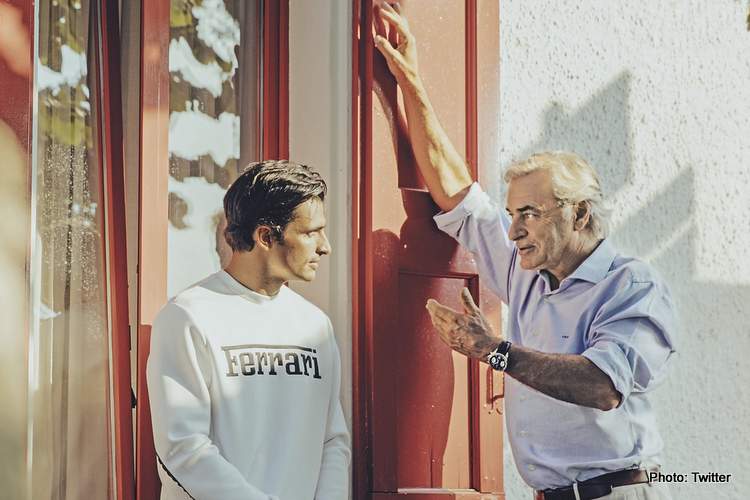 Carlos Sainz has been struggling to adapt to his Ferrari F1-75, but his father Sainz Sr. said it is just a matter of time before his son gets on top of his 2022 Formula 1 car.

Sainz Jr. had a flying start to his career with Ferrari in 2021, beating his highly regarded teammate Charles Leclerc in their first season together at Ferrari.

However, the Spaniard has struggled to get to grips with his new car in 2022, the F1-75, and has been error prone while Leclerc shined in it taking four pole positions in six race so far this season.

At the 2022 Spanish Grand Prix, his home race, Sainz Jr qualified third compared to his pole winning teammate, and bad start as well as a spin onto the gravel at Turn 4 early on in the race meant he was in way able to fight for the win, a prospect that would have been possible in retrospect considering Leclerc retired with a failed MGU-H and Turbo.

Carlos Sainz Sr. spoke of his son’s weekend in Barcelona, and his season in general so far with F1 Nation’s podcast.

“Obviously, it has not been the weekend that he was dreaming of,” he said. “At the moment he is going through a period that he really needs to rethink and try to go step by step.

“Because when you are not confident with the car, mistakes, pressure [can happen]” he went on. “The build-up to the season hasn’t been very smooth; I think he has to, you know, try to sit back and try and build the confidence again.”

Being a rally legend, Sainz Sr. knows a thing or two about the ups and downs a motorsports’ driver goes through in his career.

“You just need to work hard, stay calm, try to stay focused and try to think… of the next one and go step by step. I know he’s very capable, so it’s just a matter of time before he understands and adapts the car to his style,” he concluded.

Carlos Sainz Jr. got a podium last year in Monaco, so can he repeat this feat in 2022? He currently lies fifth in the Drivers’ Standings with 65 points.