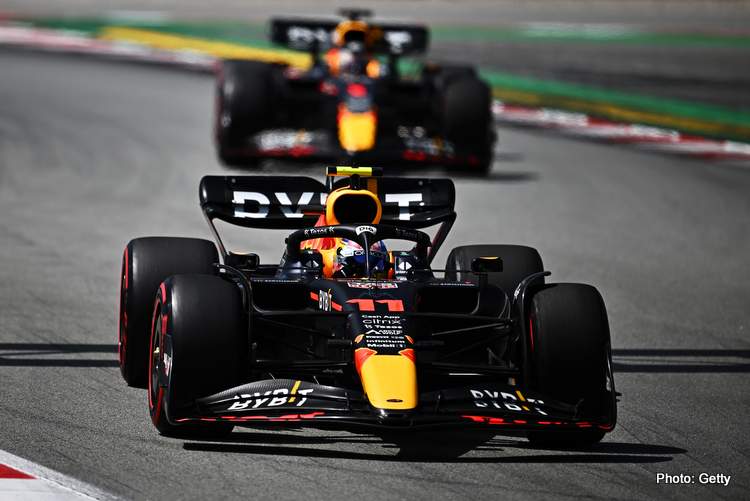 Red Bull put Max Verstappen on a different tyre strategy to allow him to pass Mercedes’s George Russell in the pits, as an on-track-pass was rendered impossible after a problem hit the Dutchman’s DRS.

During he race, Verstappen caught up with teammate Sergio Perez who was leading the race, the latter being ordered to move aside, and expressing his disappointment later.

“He was very disappointed yesterday, but Red Bull’s tactics were right,” Villeneuve wrote in his formule1.nl column on Monday. “It feels weird to move aside when you’re in the lead. But he had older tyres and Max was faster – he’d already caught up with Sergio.

“So there’s no point letting them fight lap after lap and damage the tyres. Of course Verstappen comes first, he is above him in the championship, he is the number 1 and the world champion. Simple.”

Verstappen was understandably upset from his DRS working intermittently throughout the race, his frustration audible in his radio message to the tea.

“Max Verstappen always speaks in the we form when it comes to problems with the Red Bull, unlike others who point to the team and say ‘you’,” Villeneuve said. “His angry rant was something that happens in the heat of battle – it sounded worse than it was.

“Everyone knows that he is performing at his maximum, and demands the same from the team,” the Canadian added.

“It’s not nice to hear, but after all these years they know that Max gets the most out of the material they provide him. And he won yesterday, don’t forget,” the 1997 Formula 1 Champion went on. “Things were looking difficult after the Melbourne retirement, but Red Bull is back in the lead in both championships, thanks to the team mentality.

“They work hard and if things go wrong, no one is spared. Verstappen did make a rare mistake with that gust of wind, although he handled it well: he didn’t lose as much time as Sainz did after a similar mistake.”

Carlos Sainz making too many mistakes 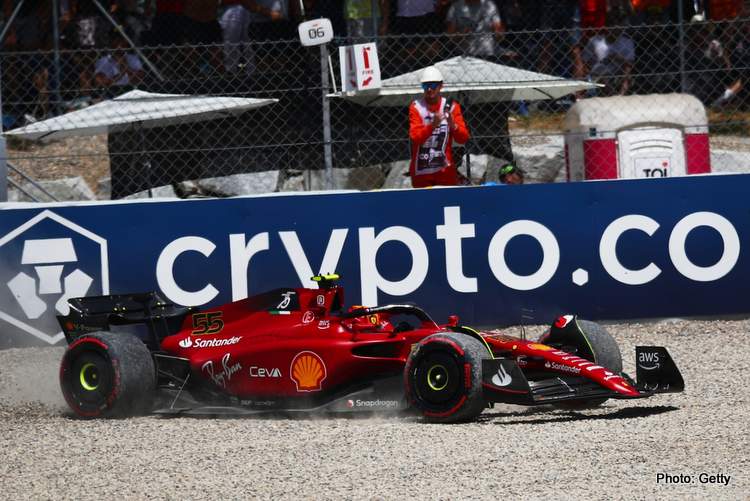 Villeneuve reflected on Ferrari’s race in Barcelona, with Charles Leclerc retiring due to reliability troubles and Carlos Sainz erring yet again.

“Sainz is making too many mistakes at the moment, he is clearly not at Leclerc’s level,” he said. “He really has to be driving on the edge all the time to keep up with Charles.

“That shouldn’t happen with a car that can win races and the championship. Ending up behind a Mercedes and missing out on the podium was not a good day for him.

“Leclerc will undoubtedly also be frustrated after the retirement,” the Canadian continued. “He drove an amazing qualifying lap, took the lead and didn’t have to push – until his turbo seemed to give up.

“I think we are seeing so many reliability issues because teams are pushing the boundaries. Mercedes didn’t have to do that in the past, because they have a superior engine.”

Furthermore, Villeneuve downplayed the hype surrounding Mercedes’ resurgence in Barcelona, putting it down to race circumstances.

“I think they have found something at Mercedes now, because they were able to overtake on the straights,” the 51-year old said. “But let’s not exaggerate either: Russell made the podium because a Ferrari retired.”