Alonso: I see it different now, stewards did their job in Miami 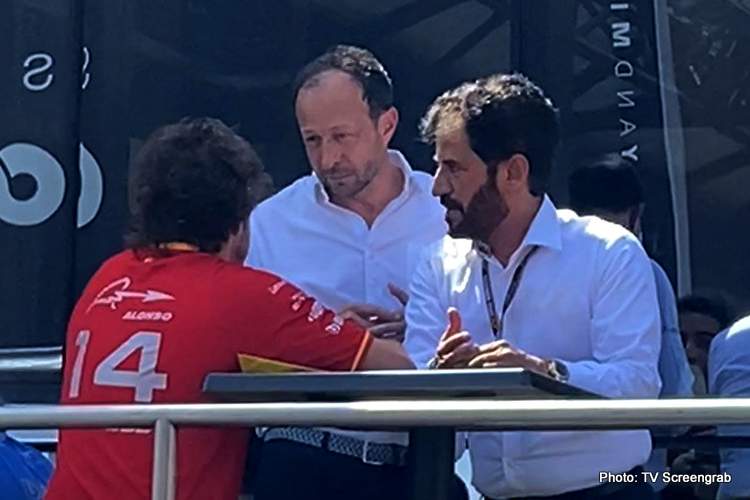 Fernando Alonso has made peace with FIA race stewards of incompetent and unprofessional behaviour in Miami but changed his tune after a word with FIA President Mohammed Ben Sulayem in Barcelona.

The 40-year-old Alpine driver last week blasted Miami Grand Prix stewards for handing him two five-second penalties, the last dropping the Spaniard from eighth at the chequered flag to 11th.

“We believed that it was very unfair and it was just incompetence from the stewards,” the 40-year-old told reporters ahead of his home race at the Circuit de Catalunya. “They were not very professional.”

During the weekend on home turf, two time F1 World Champion, Alonso was seen in the paddock in conversation with FIA President Mohammed Ben Sulayem after that outburst and on Sunday, after lining up last on the grid due to an engine change and finishing ninth in the race, took a conciliatory stance.

In what amounts to an apology Alonso said in the Alpine team report, after the race on Sunday: “In reflection on Miami and Thursday, maybe I see it in a different way now.

“The stewards did their job in Miami and perhaps we see things differently from inside the car in the heat of the moment.

“I am fully supportive of the FIA’s ideas and we want to work with them to improve the show for the fans,” added Alonso.

There was no immediate comment from the FIA or Ben Sulayem’s office regarding the matter.

Meanwhile, on track, Alonso was happy with the weekend, watched by a capacity crowd at the Barcelona circuit in a reminder of what it used to be like when the Spaniard was winning races with Renault, McLaren and Ferrari.

Many might have been for others, with F1 world champion Max Verstappen’s Dutch fans attending in droves and Ferrari’s Carlos Sainz – with his own grandstand – raising hopes of a home winner, while also indicative of the sport’s surging global popularity.

Alonso said: “It’s great to finish in the points today especially after our bad qualifying yesterday, so I’m very happy with that. The atmosphere was special and even though we were starting last. I feel like we managed to put a show on for the fans. It feels a bit like a victory!

“Hopefully, we can start scoring consecutively in the points from here. I think we still need to improve on Sundays, but we did a good job today and managed it well,” added the veteran of 240 Grand Prix starts. (Reporting by Alan Baldwin)