Wurz: Sport is political, impossible to be neutral 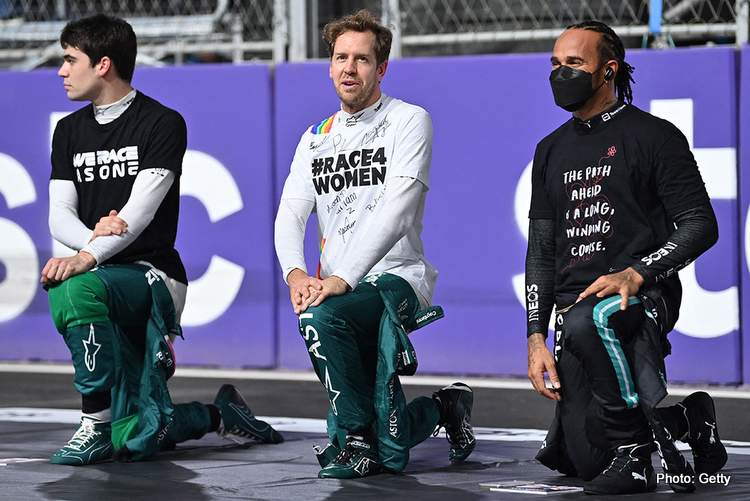 Alex Wurz, the chairman of the Grand Prix Drivers’ Association, believes that sport nowadays has become political, making it impossible to remain neutral.

Formula 1‘s modern drivers have accelerated away from the stereotype speed merchant and are finding strength in discussing subjects the high-octane sport has previously often found uncomfortable.

“I think we see really a decisive shift,” Alex Wurz, the chairman of the Grand Prix Drivers’ Association (GPDA), told Reuters after Vettel recently appeared on a British television panel show with politicians.

“Four or five years ago no-one wanted to engage in a conversation about any of the topics of racism, sustainability, human rights and such key topics.

“Sport is now political, it’s not neutral. It’s impossible to be neutral,” added the Austrian, a former driver for Benetton, McLaren and Williams.

“And they (the drivers) have learned in a very short period of time to actually take the responsibility and represent values we all want to see.”

Vettel, a four times world champion, discussed subjects ranging from the war in Ukraine to Brexit and energy dependence when he appeared on “Question Time”.

The Aston Martin driver said climate change had made him question his job travelling the world to race cars. On Friday at the Spanish Grand Prix he explained his thinking.

“How can you ignore?… You don’t have that luxury any more, to not care. Because, you know, it’s the foundation of all of what we do.

“I think it’s for all of us to think of what we can do to shift change to raise awareness,” Vettel added.

Wurz said he had noticed the difference in GPDA meetings, of which Vettel is a director along with Mercedes youngster George Russell.

“Sometimes we just give them the forum to talk and you think ‘Wow, we have people here who make their living by being hard on track but they talk now about human aspects, about how to become better humans and how to lead by example’,” he said.

“I think the last four or five years have changed totally and it’s really key for the sport. Key for the sustainability of the sport.”

Wurz said Hamilton, as a seven-time World Champion and the sport’s only Black driver, had been a “fantastic accelerator” of change.

The Mercedes driver, with more than 28 million Instagram followers, has used his platform to promote fashion and shine a light on LGBTQ+ issues and rights abuses in countries the sport visits.

Hamilton and other drivers took the knee before races in 2020 and 2021 as part of the sport’s “We Race as One” anti-racism initiative, although that “grid moment” has now been dropped.

Norris, 22 and with 5.3 million Instagram followers, has been open about his mental health battles and the pressure he experienced as a rookie.

“I do think it’s a good thing,” said the Briton of the environment.

“I’ve changed 100%. I feel like a much more complete person, I understand things much better about the sport and about myself, so I can also voice my opinion more.

“The fact I can literally speak some honest words and it can affect hundreds of thousands of people and make them feel happier…that’s what I find quite amazing.”(Reporting by Alan Baldwin)