Marco out to break Andretti Curse at the Indy 500 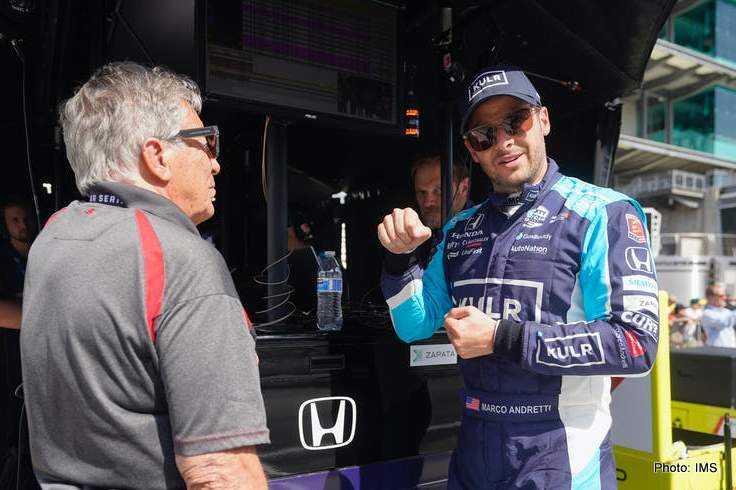 Marco Andretti doesn’t want to be at the track if he’s not racing. He’ll watch on television, though, and offer advice from 650 miles away as he did recently.

Andretti was at home in Nazareth, Pennsylvania, watching Andretti Autosport race the road course at Indianapolis Motor Speedway last week when he had an idea: Colton Herta could pit early and probably win the race.

So Andretti texted the idea — during the race — to Herta’s father, Bryan. As strategist for his son, the elder Herta called Colton in two laps sooner than planned and ended the day in victory lane.

“I was really on the horn with Bryan. That’s fun to me,” Andretti said.

It validated Andretti’s skills as a strategist, but the third-generation racer doesn’t envision himself sitting atop a pit box and calling another driver’s race. Instead, he’s transitioning into semi-retirement and finding his way as something other than an IndyCar driver from one of motorsports’ famed families.

Andretti walked away from his full-time ride after the 2020 season and only returned for last year’s Indianapolis 500. He’s back again this month for a 17th attempt at winning the race that has tormented his family; Mario Andretti, his grandfather, has the only victory among five different Andrettis there. 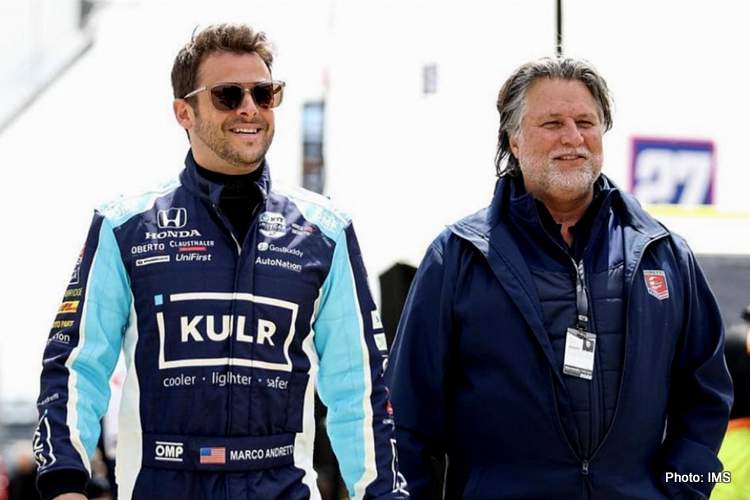 When Marco starts the May 29 race, he will pass his father in career starts. Dad Michael Andretti went 0 for 16, while Mario Andretti’s 1969 victory was his only win in 29 starts.

And thus, the Andretti surname has made 75 starts at Indy, alas only once with Mario the winner spawning the Andretti Curse or Andretti Luck.

“I think I’m more like my grandfather, I just enjoy driving,” Marco Andretti said. “This year I’m going to have more starts than Dad, which is crazy to me. When he tries to tell me something, I can say he doesn’t know what he’s talking about now.”

Michael Andretti is the Indy 500 strategist for his 35-year-old son, who came to his own decision to shift away from the family business.

Andretti Autosport struggled to find sponsorship for Marco ahead of 2021 and he’d had enough, anyway. Racing wasn’t all that fun anymore, and nine straight seasons without a victory had taken its toll.

The Andretti’s have invested so much into the Indy 500, and when Marco finally had his own moment in the spotlight, it only ended in another disappointment. Marco won the pole in 2020 — when the race was run in August without spectators because of the pandemic — but he didn’t even lead the first lap and finished a crushing 13th.

His best finish over the remaining seven races of that 2020 season was 15th and he fell out of eligibility for the IndyCar prize fund that helps financially support full-time teams. It was then that Marco decided he’d had enough.

“What I put into it, I felt like I wasn’t getting that out for various reasons,” he said.

Still, the Andrettis can’t stay away from the 500. Marco finished an unremarkable 19th last season, and this year’s Indy 500 will be his first IndyCar event in a year.

He lives his life the way he chooses now. He’ll return to Tony Stewart’s six-race summer exhibition series for a second season when it resumes on June 18. He’d like to run in IMSA sports cars, but only in the top class because he’s only interested in running for wins.

Other than that, he has business interests outside of racing and doesn’t envision a role for himself should his father eventually land the F1 team he’s pursuing.

Stepping away from racing has been liberating in all aspects of his life, he said, even fan interactions: “You sign 100 autographs and the 101st person is going to hate you, but you try to spend more time, try to put more of a smile on your face, which I think is coming natural with my decision.

“I’ve been able to mold my life the way I want to do it now, and even go have fun on SRX and do fun stuff. It still keeps me in the game. I’m not fully retired. It keeps me working, and I put all my energy into this race. I’m good without the grind of a full season,” explained Marco.