Leclerc: Qualifying no issue but our race pace is not strong 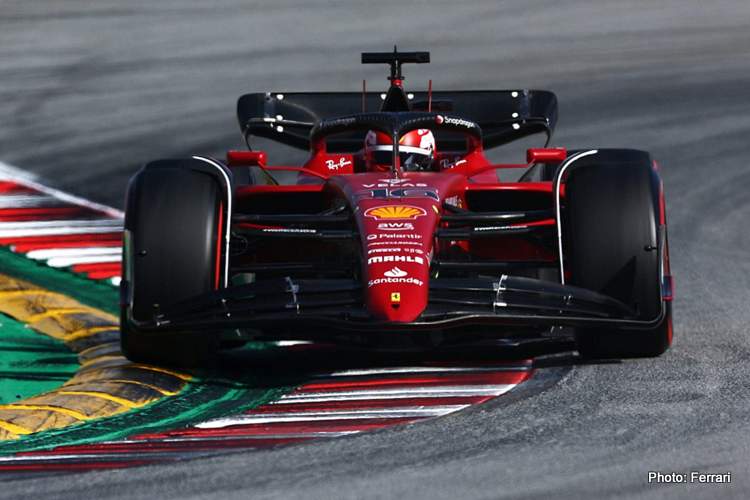 No one was faster than Charles Leclerc on the opening day of practice for the 2022 Spanish Grand Prix, but the Ferrari driver is worried about the race pace of the ferrari F1-75

Leclerc set the pace in both morning and afternoon sessions while his rivals chased, as did his teammate Carlos Sainz, and with it signalled his intent by topping the timesheets at the end of FP1.

Although he was less than a tenth of a second quicker than Sainz, the Monegasque got even better in FP2 where he ended three-tenths of a second faster than his teammate; and a tenth up on George Russell who was second faster in a resurgent Mercedes.

Leclerc summed up his Friday: “There is a lot of work to do. On the short runs, we looked strong, but the high-fuel run looks very difficult for now. We will have to work very hard and find quite a bit of pace.

“Let’s say it’s definitely the priority to work on that and to get better; at the moment we are just not strong on race pace. For the one lap in qualifying, I don’t think it will be an issue, but then we degrade them quite a lot for some reason.

“I don’t quite have an explanation for now, but we need to try and find a reason and then once we find a reason, we’ll work to make it better. The stints we did on the Soft compound felt better than those on the Mediums.

“We will analyse our latest data to find where we can improve on this track, as the conditions are very different to the last time we were here during winter testing,” explained Leclerc who leads the championship standings ahead of Sunday’s Spanish Grand Prix, Round 7 of the championship. 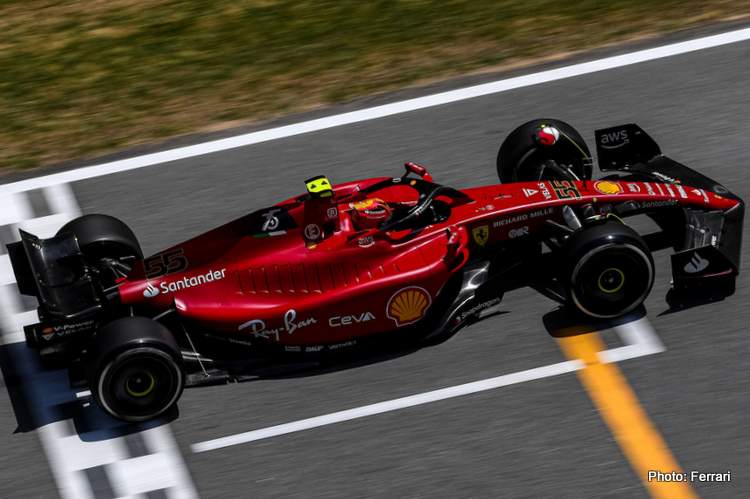 In the sister Red car, Sainz was not worried about the three-tenths deficit to his teammate at the end of FP2, and reported afterwards on the latest bits added to the F1-75 ahead of the weekend in Spain: “I think they’ve definitely got potential

“We’ve seen some changes in the behaviour of the car, which is good… when you bring upgrades because you want to see some actual changes.

“So yes, happy to see them working and happy to see them performing, but at the same time I think we didn’t do the right steps going into FP2 and we made ourselves a bit slower. So we know maybe the direction in which to go… back into the feeling that I had in FP1, that was better.”

Sainz is racing in front of his home crowd, a grandstand at the track in his name was heaving with his fans urging him on each time he passed. He noticed of course.

“I think it’s great and already today being a Friday, so many people turned up and so many people were cheering and having fun out there. I’m just going to try and do my thing but for sure I’ll try and give them a good time,” promised Sainz who lies fifth in the F1 drivers’ points table after six rounds.