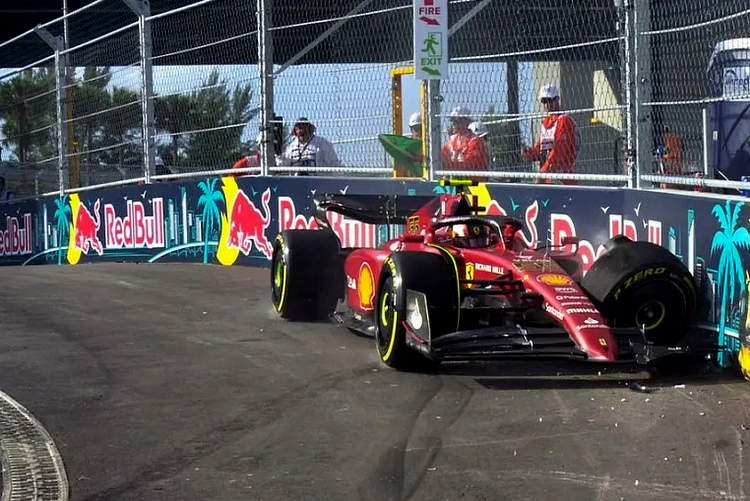 Speaking ahead of his home Spanish Grand Prix, Carlos Sainz raised questions about the long-term health implications to drivers of Formula 1’s latest generation of cars.

The Ferrari driver revealed he was feeling the pain of having to race with a stiffer suspension to counter the bouncing, or ‘porpoising’, that some teams are experiencing due to aerodynamic rules introduced this season.

Asked at Circuit de Barcelona-Catalunya how the cars might handle around Monaco next week, Sainz called for a broader debate: “More than Monaco… it’s how much of a toll a driver should be paying for his back and his health in a Formula 1 career with this kind of car philosophy?

“We need to open the debate more than anything. I think the regulations are great. They’re doing exactly what we needed for racing. But do we need to run as stiff for our necks and back as we are having to run lately?”

Sainz, who came into F1 in 2015 and has started 145 races, said he felt the change: “I’ve done my usual checks on my back, neck tightness etc and I see this year I’m tighter everywhere.

“I’m already feeling it. I don’t need expert advice to know that ten years like this it’s going to be tough, and you’re going to need to work a lot in mobility, and flexibility.”

Sainz has suffered a spate of crashes, including a big impact during a Friday practice crash, in Miami, which he highlighted after finishing third in the race on Sunday.

In contrast, Lando Norris, Sainz’s former teammate at McLaren, differs in opinion: “I would have thought you’d have much worse effects from crashing a car at 50 or 60G like some of us have done.

“There’s also many ways for them to stop porpoising. Like lifting your rear ride height 20mm,” added Norris cheekily, knowing well that would also negatively affect speed and performance of the cars. (Reporting by Alan Baldwin)