Parc Ferme: Putting the capitals into the F.I.A. 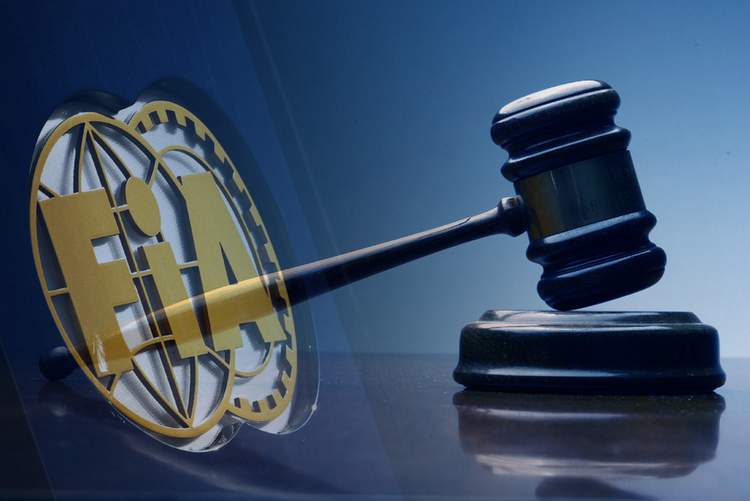 As the FIA continues to clamp down on drivers’ jewellery and underpants, one can’t help but feel that the governing body is flexing its muscles for a change.

In December 2021 Jean Todt’s premiership of the FIA came to an end, exiting stage left to a resounding “poomph”. No big fanfare or valedictory speech, in fact, no “big” anything. Many would say it summarized his eleven-year tenure where Formula One Management (FOM) and the teams seemed to enjoy a free reign and the FIA appeared to be a silent partner.

However, we should consider what transpired under his stewardship. For example, budget caps were agreed upon, the “halo device” was introduced, Formula E was launched, and a new Concorde agreement was signed; all achieved quietly and without public drama from any of the parties involved.

No wonder we didn’t notice his hand in the noisy, pugilistic world of Formula 1.

How things have changed. Unlike the previous incumbent the new FIA President, Mohammed Ben Sulayem, is truly making his presence felt. The idea that the FIA is a “patsy” for the commercial side of Formula 1 is fast being dispelled as the new incumbent flexes his authority.

For example, at a recent F1 commission meeting regarding the extension of the Sprint Race format, Ben Sulayem – who chaired the meeting – effectively told FOM (read Liberty Media) and the teams there is no “honey without the money”.

FOM and the competitors wanted to double the number of sprint races in 2023 from 3 to 6. However, whilst agreeing in principle, the FIA cited that the associated increase in personnel and trackside costs to facilitate this expansion needed to be covered, i.e. FOM must put their hand in their pocket and contribute to the FIA coffers.

A public row between the FIA and the drivers 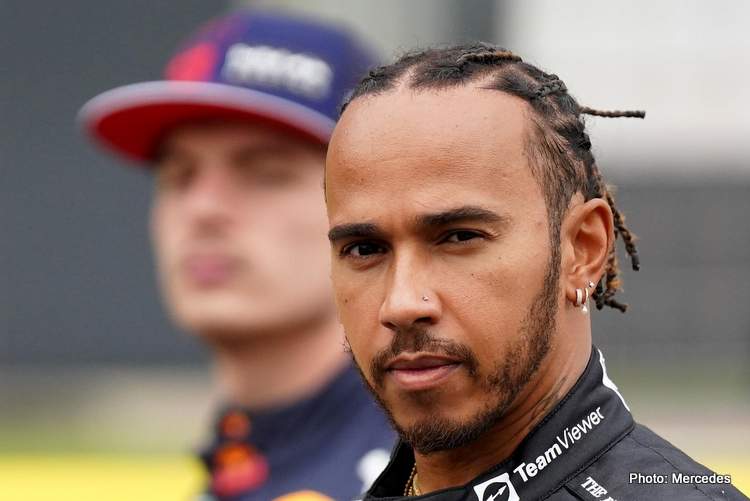 Only one driver really, and about of all things: jewellery and underpants. Many may struggle to understand how this has risen to the top of the F1 agenda. The real question though should be “why”, and to that, I think I have an answer.

Cast your mind back to last December and the Michael Masi end-of-season debacle. The newly-elected Ben Sulayem publicly entreated Lewis Hamilton to attend the World Championship Prize Giving Gala on several occasions, to which Hamilton repeatedly failed to respond.

I’m an ardent fan of Lewis however, his failure to show up together with ghosting the President’s appeals was wrong on many levels. At best it was an award-winning sulk, at worst denying the Sport’s Governing Body’s authority.

The former is Lewis’s problem, and the latter is the FIA’s.

Also, Ben Sulayem’s election and rise to office, happening at the same time of the Abu Dhabi saga, marked a new beginning that Lewis might have been wiser to embrace. The new man and his newly elected team could not be held responsible for his predecessor’s shortcomings, on their first day in office.

One way of reminding the people who runs the show is reiterating a largely ignored regulation. In this instance, it was the wearing of jewellery and non-compliant underwear by the drivers.

The primary culprit or victim depending on your view is Lewis Hamilton. Unfortunately, his response has been relatively juvenile, wearing multiple watches and metallic body adornments at press conferences. He remains truculent and insists he will not remove them.

The FIA via the President, on the other hand, has been, well, Presidential.

Ben Sulayem’s point is clear: The rules are the rules, and no one is above them. He’s absolutely right. It is one thing to disagree with a particular regulation and seek change. It is something else to flagrantly disregard it.

The FIA is not a driver’s “dad” 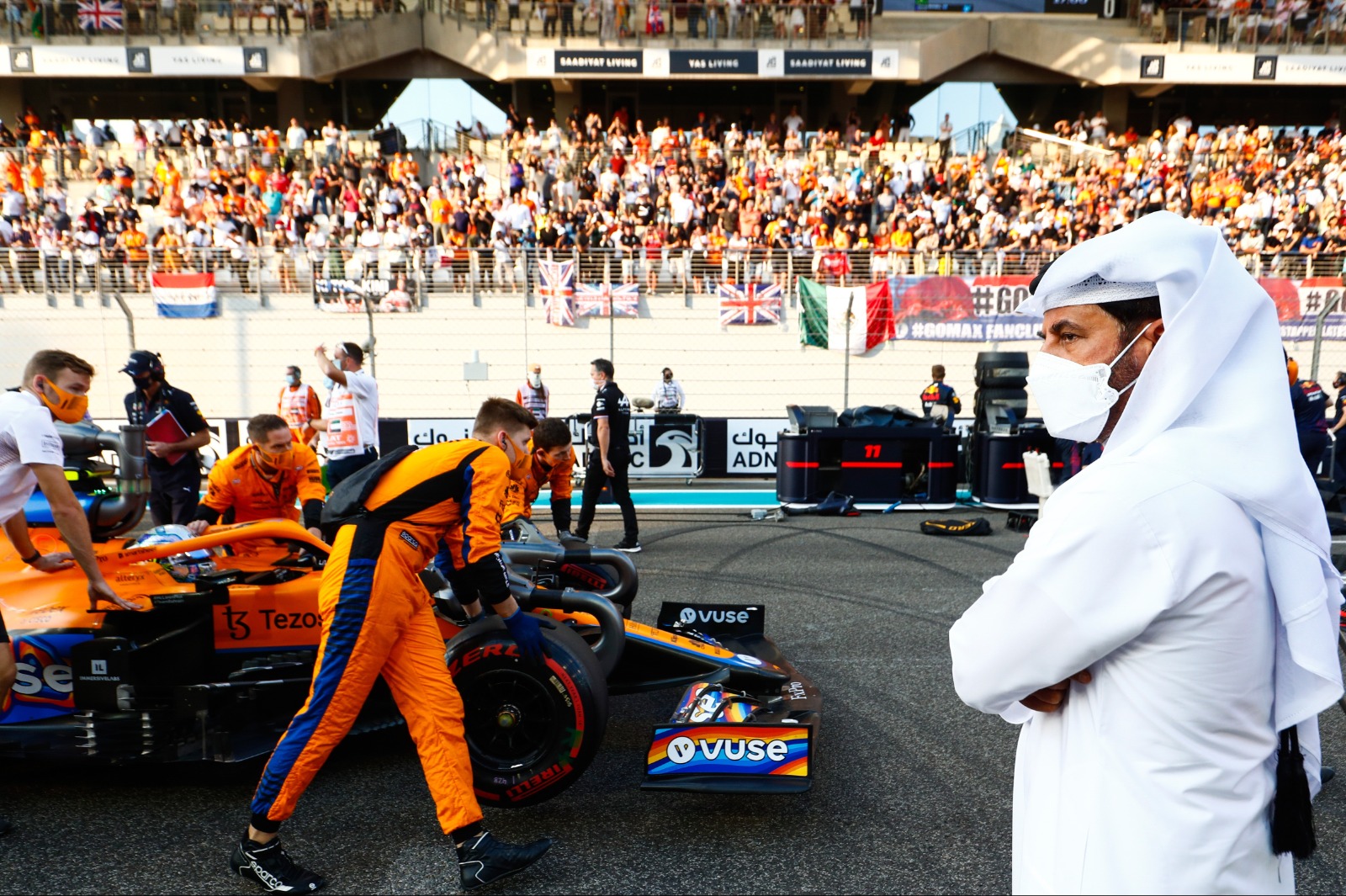 Its role, amongst many others, is safety.  However, personal safety should not be part of the FIA’s remit. The wearing of jewellery and non-compliant clothing under your suit is a personal driver’s decision. It affects no one else’s except the individual.

No matter what your opinion is, jewellery and underpants are personal. For example, Romain Grojean, when trapped in his race car in a life-threatening situation, said he found protection and comfort in his wife’s wedding ring.

Maybe Roscoe picked out some of Lewis’s favourite piercings, who knows? So where does it begin and end? What is and is not acceptable? Logic suggests that drivers should have a free reign on safety issues that affect them and them alone.

The wearing of jewellery is one of them. As for the underpants, well if avoiding “pooh stripes” in your white Nomex long johns is more of a priority than suffering serious burns from a fire, then so be it.

This spat is not a good look for Lewis, and whilst he thinks the FIA have, and I quote: “bigger fish to fry”, I can’t help but wonder if he’s “cooking his own goose”.

Someone must back down and for the sake of avoiding regulatory chaos, it cannot be the FIA. I would humbly suggest the following approach to avoid any mortal wounds.

First, the FIA fine and penalise Hamilton heavily if he does not comply by the time of the Monaco Grand Prix.

Secondly, the regulation is reviewed and removed. Then the FIA could turn its attention to some of the more serious issues like “Ferrari ‘testing’ at the Pirelli tire test?”