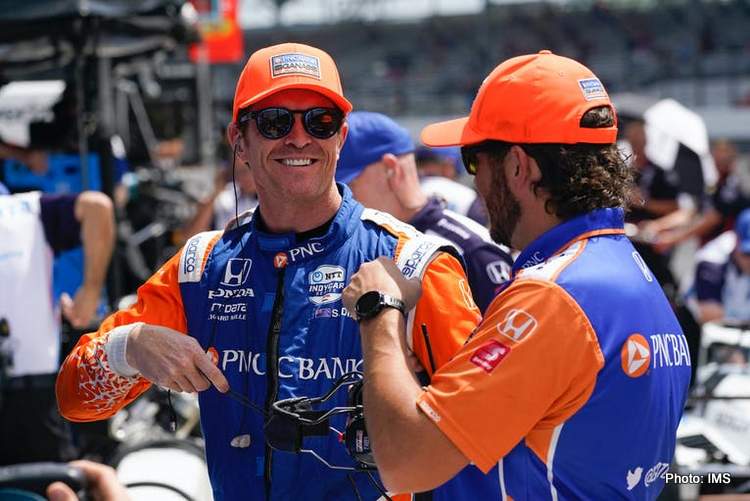 Chip Ganassi Racing veteran Scott Dixon aka Indycar’s version of The Iceman won’t sugarcoat the start he has had this season: “It’s been pretty horrendous,” the six-time IndyCar champion admitted.

There’s no race like the Indianapolis 500 to turn a season around, and Dixon got off to a strong start in pursuit of his second win at “The Greatest Spectacle of Racing.”

He spent hours atop the scoring pylon on the opening day of Indy 500 preparations until a late run by Takuma Sato bumped Dixon to second on the speed chart. Dixon put little stock in Tuesday’s showing at Indianapolis Motor Speedway.

“Let’s see what the rest of the week brings,” he said.

Wednesday brought rain to the speedway and hours of idle time for drivers.

Dixon wanted to be in his car working with Chip Ganassi Racing to figure out how to jumpstart his season. The 41-year-old New Zealander has high expectations for himself and simply hasn’t been meeting them since he wrapped up his sixth title in 2020 — a championship that moved him within one of A.J. Foyt’s record seven titles.

He was overshadowed much of last season by new teammate Alex Palou, who won the season-opening race to launch his own championship-winning campaign. Dixon won only once last season and failed to win multiple IndyCar races in a season for just the sixth time in 21 full years with Ganassi.

That 51st victory last year did move Dixon within one win of tying Mario Andretti for second on the all-time wins list, but that’s where he’s sat for the last 18 starts. It is Dixon’s longest winless streak since 2003 through 2005 when he went 40 races between wins.

Dixon: We’ll turn it around and we’ll get on with it 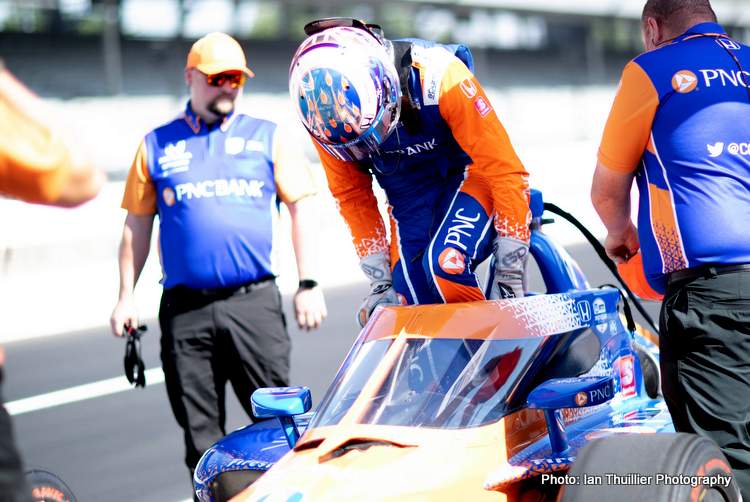 He’s called “The Iceman” because Dixon is typically so calm and collected. This challenging stretch has tested his temperament: “I definitely get frustrated. I swear a lot.

“But that’s just because we’re all competitive. It’s always tough, been in this position before, it’s nothing new. We’ll turn it around and we’ll get on with it.”

What’s jarring through five races is how underwhelming he has been. He has struggled in qualifying, has yet to score a podium, his highest finish is a pair of fifths and he’s not led any laps since the 26 he was out front in the season opener.

“We’ve had a lot of chats over the last month or so and he’s mad. He hates being beaten,” Franchitti told The Associated Press. Franchitti beat Dixon for the title head-to-head four times, including three times as Ganassi teammates.

“He’s been through a lot more difficult situations through his career, and if you look at 2007, when I beat him for the championship and the 500, you watch his recovery in 2008 and it shows you he’s tough. He’s as mentally tough as any person I know.”

Dixon returned from his 2007 losses to Franchitti to win six races, including his only Indy 500 and the championship.

He is fifth in the IndyCar standings headed into the May 29 race, but only because Dixon has salvaged all five race weekends. His problems have come in qualifying — Dixon has started 16th, 13th and 21st in the last three races — and he made up 10 spots at Long Beach, eight spots at Barber and 11 spots last Saturday on Indy’s road course.

He’s been flabbergasted by what he called two “pretty big mistakes that we did as a group that should have never happened.”

“I think we got into a bit of a weird snowball effect here on the road course, and honestly we just changed way too much stuff, and when you do that, you just miss the balance,” Dixon said. “With how tight the competition is right now, then you’re going to be out to lunch, and we definitely were.”

He’s had a strange career with the Indy 500 in 19 career starts: Dixon started from the pole four times but has just the 2008 victory and three runner-up finishes to show for it. He was involved in a terrifying 2017 crash in which contact from another driver launched him airborne and his car was sheered nearly in half.

Dixon had started from the pole that day and the crash concluded a chaotic week in which he and Franchitti were robbed at gunpoint at a Taco Bell not far from the speedway.

He also started from the pole last year but an early caution ruined his race because the pits were closed when he needed to stop for fuel. He went a lap down and finished 17th.

Franchitti believes the 500 can be the turning point Dixon needs: “Scott knows they’ve got to improve, everybody on that team knows that. And they know how to improve it. If you don’t know what you are doing wrong, then you’ve got a problem. He’s not in that situation.”

OPENING DAY!#Indy500 practice gets underway at 9A ET on @PeacockTV. pic.twitter.com/38KEGRPigB