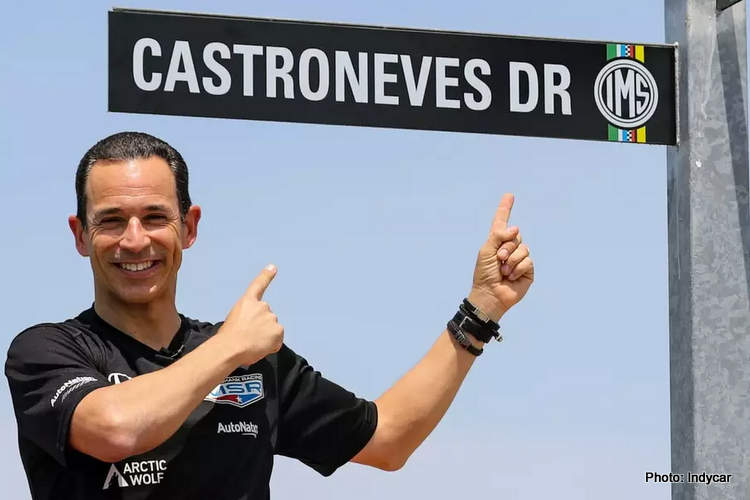 Defending Indianapolis 500 champion Helio Castroneves started his record-breaking quest with the perfect car, now he just needs to run another perfect race to make history at the hallowed venue – no driver has won the great race five times.

Less than a month after the four-time race winner slammed his No. 6 Honda into the wall during an Indianapolis Motor Speedway test, the Brazilian gave a stamp of approval to his rebuilt car.

“It’s perfect,” Castroneves said as he blew a kiss into the air. “The guys did an amazing job building up the car. It’s just perfect.”

When Castroneves is feeling good at Indy, it’s bad news for the 32 other drivers entered in the May 29 race.

Not only is Castroneves tied with A.J. Foyt, Rick Mears and the late Al Unser for most career 500 wins, he’s also a three-time runner-up and has 15 top-10 finishes in 21 starts. His four poles are tied with Rex Mays, Foyt and Scott Dixon for second all-time, trailing only Mears (6).

This year, he’s working with 2019 Indy 500 winner Simon Pagenaud at Meyer Shank Racing. The two were also teammates at Team Penske from 2015-20 and were eager to reunite. 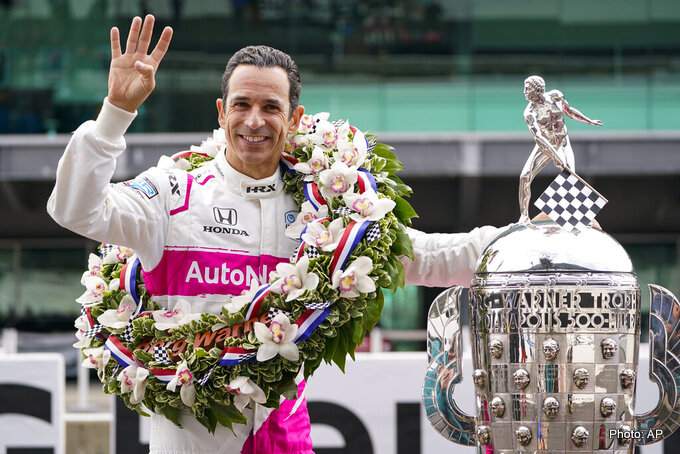 “We have the most Indy 500 wins of any team in the race, five,” Pagenaud said. “I’d be happy if he wins the race. Obviously, I want to win but five would be amazing.”

The chase began ominously last month when Castroneves spun coming down the slippery pit exit in a test and crashed his winning car from 2021. His team went home before the second day of testing and did not return until last weekend.

“I told them not to rush it, so it took like a week to put it together,” he said. “Now it’s perfect.”

Castroneves posted the 18th fastest lap at 224.928 mph in a practice that was stopped briefly when a fox ran down the track. Two-time 500 champ Takuma Sato of Japan had the best lap, 228.939 mph.

The problem that perplexed Castroneves and prompted two other Indianapolis 500 winners to spin, Alexander Rossi and Will Power, appears to have been solved.

Track workers added grip to the warmup lanes between the first and second turns, and drivers said they could tell a difference Tuesday. There were no spins. Still, two-time Indy winner Juan Pablo Montoya of Colombia had one complaint: “There’s more grip but the line is very, very small. I think they need to make a bigger line, I don’t know why they went with such a small line.”

Mario Andretti was impressed with Colton Herta’s win on the road course Saturday in the rain. And in the mind of the 1978 world champion, it cemented what he already suspected.

Herta is good enough to succeed in Formula One — preferably for a team owned by his son, Michael.

Marcus Ericsson was the only driver wearing a mask at the track Tuesday and plans to continue using it over the next two weeks as a precautionary move.

He is wearing the black face covering to avoid risking exposure to COVID-19 when the track is at full capacity for the first time since 2019 with some 300,000 people expected.

“I feel like I want to be extra safe because I have this big race that I’ve been looking forward to for over a year,” he said. “We want to be on the safe side because it’s the best day of our season and it’s going to be a packed house again.” After finishing third on Texas’ oval, Ericsson believes he can win the Indianapolis 500. The Swede also is hoping to take advantage of the momentum from Saturday’s fourth-place finish.

“I said going into the (road course) that it was very important to have a good race because we’ve seen in the past that people who do well there tend to do well in the 500,” Ericsson said.

English driver Stefan Wilson was the only driver attempting to qualify this weekend who did not participate in April’s test. The wait continued Tuesday as the other 32 drivers had a two-hour morning practice session and then a mechanical problems cropped up.

Wilson did make it onto the track and will continue testing later this week. Practice is scheduled to resume Wednesday afternoon but there’s rain in the forecast.