Gasly: Barcelona will give us a clearer picture 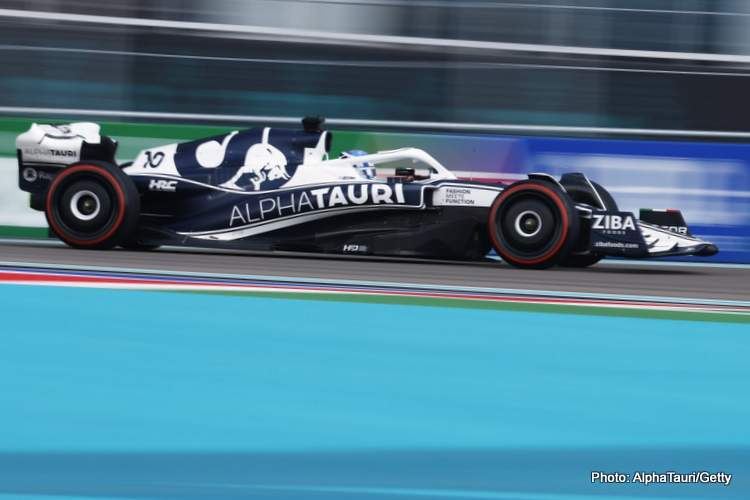 Pierre Gasly believes the upcoming 2022 Spanish Grand Prix in Barcelona will provide a clearer picture about this year’s pecking order and car performance.

The AlphaTauri driver was speaking in the team’s preview of the race this weekend at the Circuit de Barcelona Catalunya.

“Now we come to Barcelona, the sixth race of the season, where I finished ninth in 2020 and 10th last year,” Gasly said.

“It’s always an important weekend, because you get a clear picture of the performance of the various cars and where each team is in relation to the others.

“We should get an idea of where everyone is, especially in the midfield, which is currently very tight: sometimes we’re a bit nearer the front and then in the space of just two tenths of a second, you can drop right back,” he explained.

“We know it’s difficult to overtake at this circuit and it will remain the same, even with these new cars, because of the nature of the track,” the Frenchman added. “But it’s hard to predict, so let’s wait and see what happens.

“For us it will be important to qualify well, near the front because I’d be surprised if there was ten times more overtaking than before!

“As a team, we just have to keep working the way we have been up until now and I’m sure that will pay off in terms of results,” the winner of one grand prix concluded.

Yuki Tsunoda who celebrated his 22nd birthday on May 11 added: “I was back home in Italy for my birthday and I had an enjoyable day in Milan.

“Now we will spend some time in Europe, starting with the Barcelona track where we began our winter testing at the end of February.

“Of course, conditions will be very different and much warmer this time. Even without that, it is one of the European tracks I know best and in 2020, I finished fourth there in both the Sprint and the Feature Formula 2 races,” he revealed.

“It is a very technical track with a wide range of different types of corners and speeds, high, medium and low. It is a real test of the car,” Tsunoda pointed out.

“All the teams know the track very well, so I expect it will be very tight in the midfield where we are racing and I am confident we can perform quite well this weekend. However, I think we still need more car development before we can race really consistently every weekend.

“I think we can make progress in Barcelona, hopefully have a good result, ending in the points, but I am not expecting it to be easy,” the Japanese driver concluded.

AlphaTauri currently sits seventh in the Formula 1 Constructors’ Championship with 16 points, 10 of which were scored by Tsunoda, 12th in the Drivers’ Standings.

Gasly who retired from the Miami Grand Prix after tangling up with McLaren’s Lando Norris is 13th on six points.