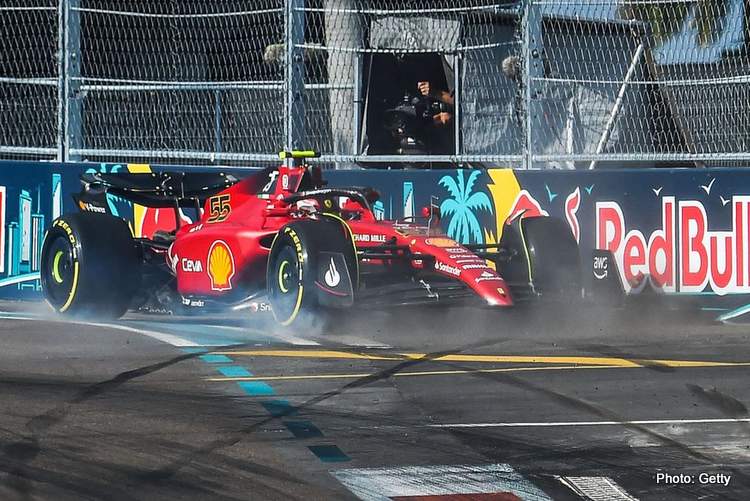 The Formula 1 budget cap war of words is mounting in the wake of Ferrari questioning when Red Bull would stop developing their 2022 car with the new financial restraints in mind, prompting Helmut Marko to question how much Carlos Sainz’s crashes are costing the team.

The budget cap for 2022 (excluding powertrains) is officially set at US $140-million plus twice $2.4 million for each Grand Prix that exceeds 21 race weekends. However, with inflation and increased transport costs amid the war in Ukraine, there are reportedly ongoing talks to address by somehow relaxing the cap.

Ferrari boss Mattia Binotto kicked the budget cap hornet’s nest during the Miami Grand Prix weekend: “There is a budget limit. At some point, Red Bull will have to stop further development. In the next few races, it will be our turn to bring new parts.”

“I would estimate that they have spent significantly more money than we have so far. But that’s not going to go on forever. We don’t have enough money to bring something new to every Grand Prix. And it’s not about our capacity, it’s around the budget limit. We bring updates when we think the time is right,” explained Binotto.

Which of course was fuel for Marko to retaliate, which he did when he told Motorsport-Total: “It’s true that the increased logistics costs are a problem. But that’s true not only for us, but also for Ferrari and all the other teams.”

And then stuck in the knife: “I don’t think that we are in a significantly different position than Ferrari in this respect. Especially since I wonder how they are affected by Carlos Sainz who has crashed the car several times. That can’t be cheap.”

Carlos has bent metal in Melbourne, Imola and Miami 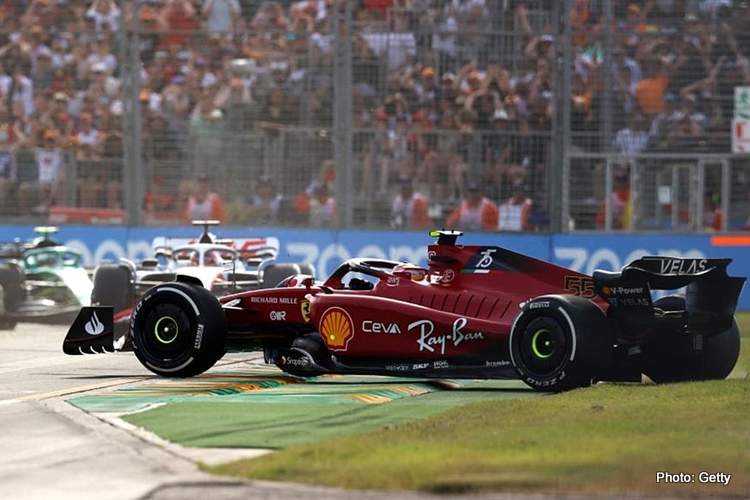 The prang during the Miami weekend costing Ferrari north of a million dollars to ready the car for the Grand Prix according to multiple reports.

Nevertheless, it is typically cheeky of Marko to fight fire with fire and a little extra, because he also highlights an issue that Ferrari has, which is to get their drivers aligned and as it stands right now, whether he likes it or not, Sainz should dedicate the rest of this season to being Charles Leclerc’s wingman.

Much like what Max Verstappen has going on with Sergio Perez over at their rivals Red Bull.

It is clear that Sainz cannot beat him or match Leclerc on track enough and in the championship, the Monegasque leads on 104 points, nearly double Sainz’s 53, ahead of Round 6 in Barcelona next weekend.

Furthermore, there is a faction among Ferrari watchers that believe Sainz did not do enough to block Verstappen rushing him into the Turn 1 complex at the start of the Miami Grand Prix. The two Red cars on the front row, Leclerc on pole and Sainz beside him on the dirtier side of the grid.

When the lights went out he managed a good launch and tucked in behind Leclerc, but Verstappen on the gripper side could brake later while the Spaniard had to be cautious – mindful off all his recent prangs – and simply gave Max the room to split the Ferrari duo.

Should Sainz have done more to help Leclerc in Miami? 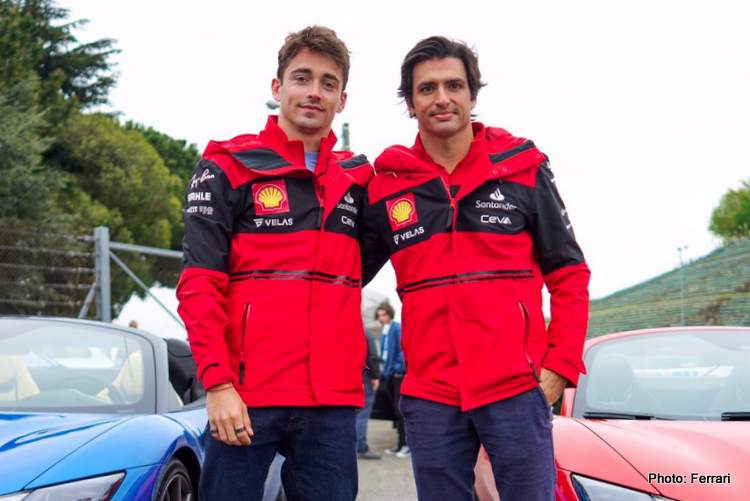 From that point, the F1 World Champion had a much easier battle plan to attack Leclerc, and when he did there was paltry resistance as Ferrari were, for a second race weekend in a row, humbled by Verstappen at a race they were expected to win.

Former F1 driver, and ardent Verstappen supporter, Jan Lammers was surprised s=too by the lack of fight in Sainz: “Carlos should have gone much more to the outside at that start and given Max much less space, because if Max had to go even wider he would have had very little grip. The fact that Carlos let himself be passed like a lame duck was very strange. Carlos could have done better.”

Astute Ferrari watchers in Italy (there are many now that their beloved team is excelling!) saw pretty much what Lammers saw of their man and are starting to question the effectiveness of Sainz and Leclerc which the Italian team boasts as being the best combo on the grid.

Perhaps on paper they are, but right now as it stands in this title race it’s a no-brainer that all the Scuderia’s might should now be focused on Leclerc winning the 2022 F1 title and, at this stage, it’s really his to lose if his team and Sainz do not get on board ASAP.

F1 heads to Circuit de Barcelona-Catalunya for Sainz’s home Spanish Grand Prix, of course, fired up and even talking a first win on home soil: “It’s a real opportunity to make a podium or win a race at home, it’s a unique feeling that I’m really looking forward to. It would be my first and for that reason, it would be very special and, second, it would be at home.”

Heading to his homeland, Sainz may want to keep in mind that to finish first, first, he should finish and not cost his team more money as his former boss Marko was not shy to point out.