Ricciardo: I didn’t merely trash the room, I trashed the whole floor… 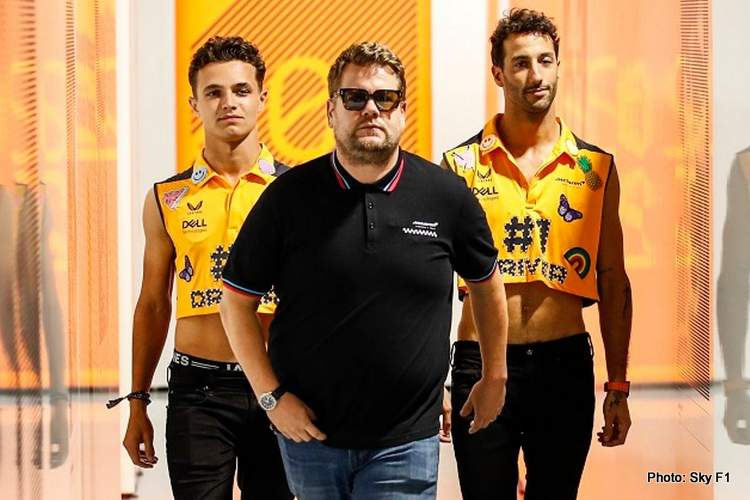 Daniel Ricciardo and Lando Norris blew the lid off the belief that today’s Formula 1 drivers are nerdy gamers, revealing how they trashed hotel floors (!) and were banned from swimming pools.

During the hype packed Miami Grand Prix weekend, the McLaren duo were part of a Q&A session at the Hilton Bentley Miami South Beach, during which they shed light on the folly that happens behind the scenes on Grand Prix weekends and promotional tours which drivers are obliged to perform for sponsors.

Norris shed light on a raucous time during his first F1 season in 2019 when the McLaren team took over an entire floor of a Hilton hotel to throw a party.

The 22-year-old told the audience: “We were being naughty in the pool, everyone got kicked out, not just me. So we went up to the rooms… had a nice party in the rooms.

“And that was that, so I apologize if there were any disturbed people in the ground above and the ground below but it was good fun,” Norris recalled.

At which point Norris leaned over to Ricciardo, whispered something and the story ended then and there, despite the audience bellowing for them to reveal the ‘secret’ but the big smiling Aussie slickly shifted the subject.

“I will say something that’s not too crazy, but they do very well at helping me stay fresh on race day,” Ricciardo told the audience.

“There’s been many times where we sweat in our suits and sometimes we use too many on a race weekend and we need to get them expressed cleaned or washed in a short amount of time.”

Earlier this year McLaren and Hilton Hotels announced a multi-year extension to their long-running partnership that dates back to 2005, the team’s Ron Dennis era and throughout Lewis Hamilton’s tenure at Woking.

As part of the current deal, Hilton provide rooms for McLaren’s travelling team at race locations globally, in turn, the hotel group’s branding features on the cars driven by Norris and Ricciardo, coupled to the benefits of partnering with the Zak Brown led team.