Doohan: Super excited to drive an F1 car for the first time 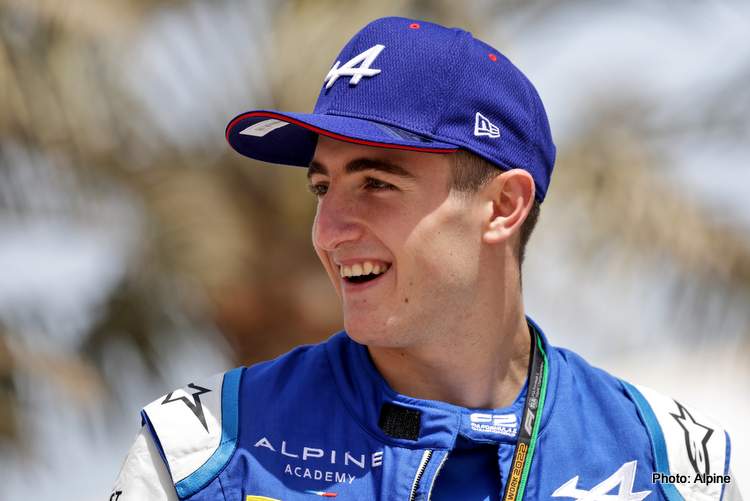 Already boasting one of the most promising Formula 1 prospects is Oscar Piastri, Alpine are already developing another young Australian – Jack Doohan – who will test with the team in Doha on Sunday.

The French team confirmed in a press release that their Alpine Academy Driver will have his first taste of F1 machinery as he prepares for his first outing in the 2021 A521 this weekend.

Doohan joined the team’s reserve driver Piastri for the three-day test at the Losail International Circuit this week. Oscar drove last year’s race-winning challenger on Wednesday and Thursday (11-12 May) in the Qatari capital.

Doohan, who turned 19 and joined the Alpine Academy in January, has faced mixed fortunes in his maiden FIA Formula 2 Championship season so far in 2022.

He recorded pole position on debut in Bahrain before backing that effort up with a front-row grid slot in Saudi Arabia and later third position in Imola. Jack will be aiming to convert the promising pace into bigger points hauls when the Formula 2 season resumes in Barcelona next weekend.

Doohan said of his opportunity: “I’m super excited to drive a Formula 1 car for the first time. This is a moment that I’ve been building up to ever since I started racing karts, and I know these opportunities are extremely privileged.

“I’m very grateful to Alpine for the opportunity and I’m looking forward to giving it my best on the test day. I’ve watched behind the scenes at some private tests before and I’ve completed a lot of preparation in the loop simulator at Enstone

“I’m definitely feeling ready for this challenge. I’ll build myself up on the day, enjoy it at the same time and hopefully learn as much as possible alongside the team,” concluded Doohan, son of MotoGP legend Mick Doohan.

Julian Rouse, Alpine Academy Director added: “We’re very pleased to give Jack his first run in a F1 car; since he’s joined the programme at the start of the year, we’ve seen Jack develop and grow very quickly. He’s spent a bit of time at Enstone to prepare and he’s certainly demonstrating promising potential.”

🔷 #AlpineAcademy Update 🔷@JackDoohan33 gets his first taste of #F1 machinery as he steps into the #A521 on Sunday in Doha 🙌 He joins @alpinef1team Reserve Driver, @OscarPiastri to round out the 3-day test at Losail International Circuit. Congrats, Jack 👊