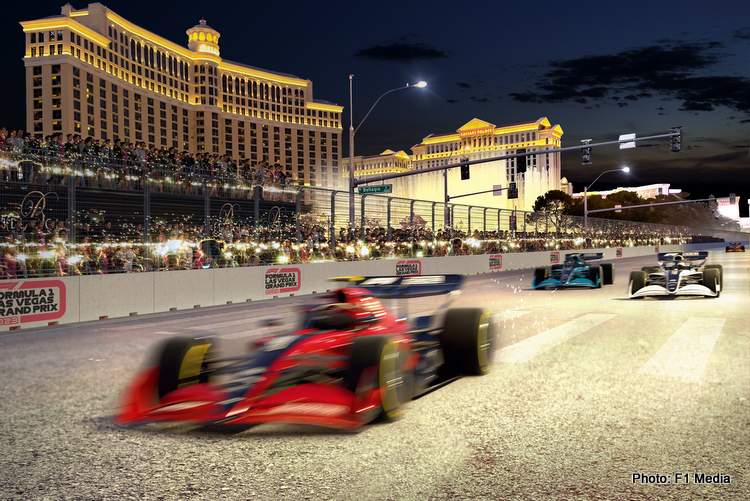 Formula 1 will be racing in Las Vegas in November 2023, and the local tourism authorities in the city have committed to sponsor the race with $6.5-Million a year.

Tourism officials have committed $19.5-Million over the next three years to sponsor F1 races on a course that includes the Las Vegas Strip.

The Las Vegas Convention and Visitors Authority board voted unanimously Tuesday to spend $6.5-Million per year to partner with Liberty Dice Inc. on the Las Vegas Grand Prix, the Las Vegas Review-Journal reported.

Plans were announced March 30 for Las Vegas to join Miami and Circuit of the Americas in Austin, Texas, on the F1 calendar next year. Officials expect tens of thousands of racing fans around around the world to travel to Vegas for the race.

F1 has witnessed great growth in the States, which can be partially attributed to the Netflix Docu-series “Drive to Survive” with the Miami Grand Prix on May 9 setting a new record for TV viewings for a live event in the U.S. according to ESPN.

The Strip event will run at night in November 2023 on a temporary 3.8-mile (6.1-kilometer) street course past resorts including the Bellagio, Caesars Palace and the soon-to-be-completed MSG Sphere.

The 2023 race also is viewed as a dress rehearsal for the Super Bowl in February 2024 at Allegiant Stadium. The board previously approved spending $40 million for that event, the Review-Journal said.