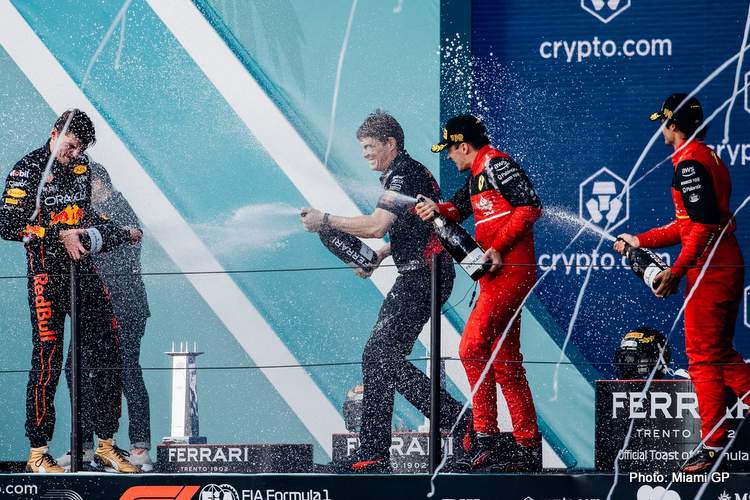 The 2022 Miami Grand Prix has taken the United States scene by storm, as ESPN revealed a record number of people watching the race on TV.

Last Sunday’s inaugural Miami Grand Prix set a record for a live telecast of Formula 1 in the United States with an average viewership of 2.6 million, broadcaster ESPN said on Tuesday.

The coverage of the race, won by Red Bull’s Dutch World Champion Max Verstappen, peaked at an average 2.9 million, it added.

The Netflix behind the scenes docu-series ‘Drive to Survive’ has been credited with fuelling Formula 1’s rising popularity in the United States, a market the sport had previously struggled to crack.

The Miami Grand Prix is one of two races planned stateside on the 2022 F1 Calendar, the second being in Austin Texas later this year in October.

Las Vegas will make it three races in the United States, as Sin City was announced to be joining the sports calendar in November 2023, with a night race planned along the Strip on a Saturday night, instead of being the usual Sunday event.

ESPN said average viewing numbers over the first five races were up 53% on that for the same period in 2021, which was the most viewed F1 championship yet on U.S. television.

The same-day delayed broadcast of the 2002 Monaco Grand Prix, which followed the Indianapolis 500, averaged 2.784 million viewers and is the most-viewed Formula 1 telecast in U.S. television history.

ESPN said the previous record audience for a live race telecast was the 1.744 million it registered for the 1995 Brazilian Grand Prix. (Reporting by Alan Baldwin, Additional reporting by Grandprix247)

With over 2 million viewers, the Miami GP has become the most-watched live F1 race in US television history 🇺🇸📺 pic.twitter.com/lcDMB5Y3J8