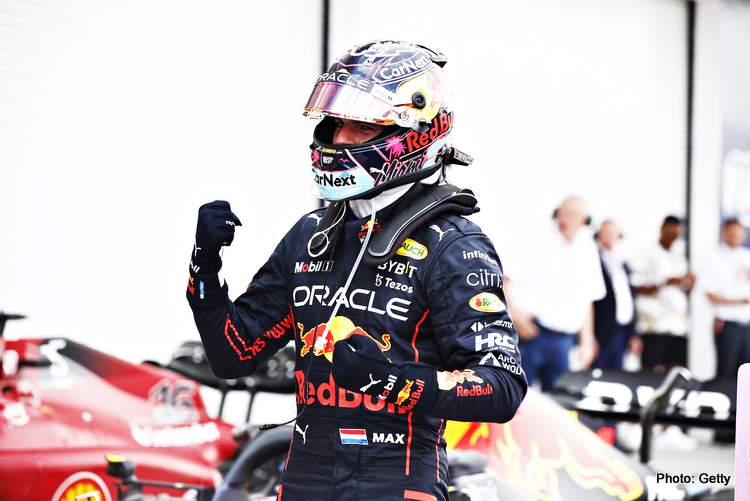 Mika Hakkinen believes that Max Verstappen was in total control on his way to a dominant victory at the 2022 Miami Grand Prix.

Hakkinen gave his thoughts on the fifth round of the 2022 Formula 1 Championship in his Unibet column, and was full praise of the reigning F1 Champion’s performance at the Miami International Autodrome.

“This was another important win for Max and, when you consider that he has won every race he has finished this season, we can say that Red Bull have definitely got a faster package than Ferrari,” Hakkinen said.

“Max’s race was so strong. He made such a good start to take 2nd from Carlos Sainz and his overtake of Charles Leclerc on lap 9 was perfectly executed.

“The Red Bull had a straight-line speed advantage over the Ferrari which meant that, even when Charles has the benefit of the drag reduction system, he was still unable to come back at Max,” the Flying Finn noted.

“When we had the late safety car period – caused by the collision between Lando Norris’s McLaren and Pierre Gasly’s Alpha Tauri – Charles really pushed hard but Max was able to defend and pull away.

Ferrari have been keeping the faith with the original debut specification of their 2022 car, the F1-75, with no significant upgrades being brought across the first five races of the season, whereas Red Bull have done the opposite, but suffered from reliability.

The winner of 20 grands prix said: “Ferrari are planning to bring some upgrades to their car and Charles and Carlos will really need those developments to give them a lot more performance because the Red Bull is looking so strong.

“Reliability seems to be the only weakness at Red Bull – Max had a costly problem on Friday, for example – but if they can find perfect reliability Ferrari is going to find life difficult,” Hakkinen warned.

We’re home and ready to get straight back to work 👊#essereFerrari 🔴 pic.twitter.com/vezp1zSC3Y

A strange weekend for Mercedes

Hakkinen weighed in a a weekend that saw Mercedes’ form fluctuate being strong on Friday in Miami, then going back as the weekend progressed.

“Mercedes had a strange weekend, ultimately ending with quite a positive result,” he said. “They looked really quick on Friday – George was fastest in second practice and Lewis was 4th – but as the track conditions evolved into Saturday their speed fell away.

“George did a very good job to look after his tyres and run long in the race, holding out for a safety car period, and that worked really well for him.

“I know Lewis was not happy with the strategy his team gave him, but the safety car was outside their control and the team should really be quite satisfied to have both cars in the top six in spite of their problems,” the 53-year old maintained.