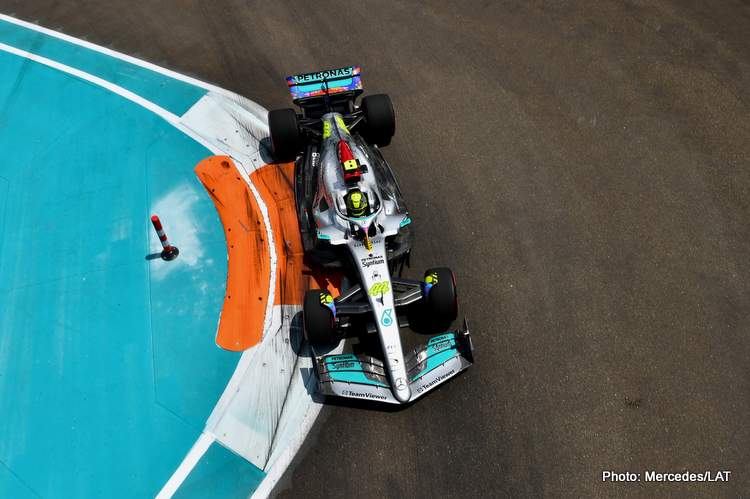 Martin Brundle on Mercedes’ performance at the 2022 Miami Grand Prix, and believes the team’s weekend Stateside is their most concerning yet.

Mercedes finished fifth and sixth in Miami with George Russell and Lewis Hamilton respectively, after appearing to have made some progress as seen from their form in Friday’s practice session.

He wrote: “Mercedes were once again the third-best team but in many ways I think it was their most concerning weekend given that George Russell was fastest on Friday and struggled for pace thereafter and the team simply didn’t know why.

“They’ve talked about ‘diva’ cars before but this one is just a plain mystery with a knife-edge window of set-up. There’s a good car in there somewhere, it’s just so well hidden,” Brundle added.

Russell made his own luck in Miami 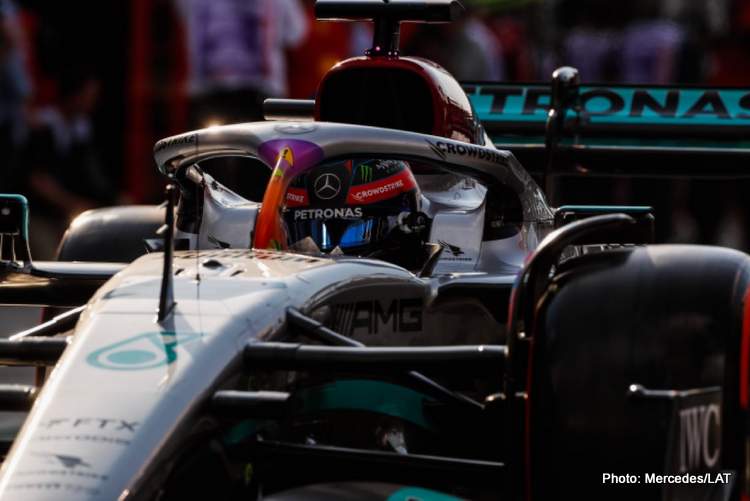 “But he had to manage the hard compound tyres from the start, keep his head when going further backwards a little, build the long-run pace as others started to fade, and then call the shots from the cockpit about staying out and hoping for a safety car.

“You make your own luck sometimes,” Brundle insisted.

“Lewis wasn’t lucky with the safety car again and on his side of the garage there was indecision rather than the usual masterly strategy we’ve become used to these past few years,” the Briton said of the seven-time World Champion’s U.S. afternoon.

“It’s a tough time and eager George, with most of his career still ahead of him, is coping better with the situation than Lewis judging by radio transmissions.

“If the car was a match for Ferrari and Red Bull you could reasonably argue that Mercedes have the best driver combination on the grid,” the respected F1 pundit mused. 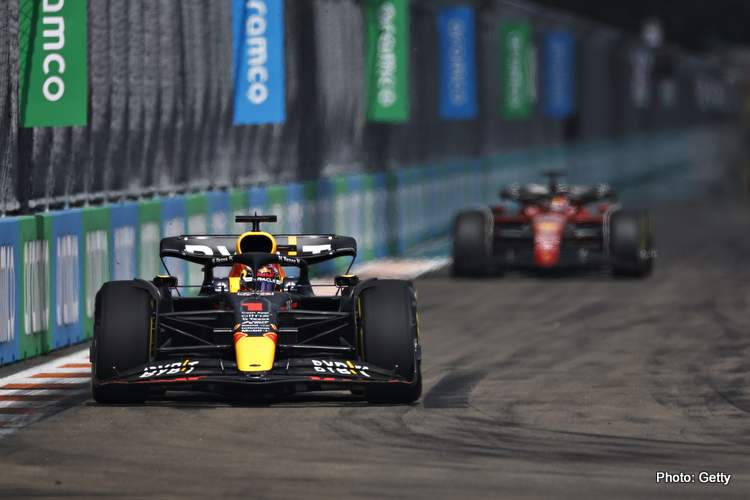 Further up the road from where Mercedes were, Brundle commented on the fight between Ferrari and Red Bull, as despite Ferrari pole position in Miami with Charles Leclerc, the straight-line speed the Red Bull of Max Verstappen showed was impressive.

He wrote: “Once again Charles Leclerc and his Ferrari were the fastest combo on the track to secure pole position, but also once again Ferrari had no answer to Red Bull’s prodigious straight-line speed with or without the DRS rear wing open.

“Unless they fix that with less high-speed drag then these will be Red Bull’s world championships,” he added.

“It was another very impressive and mature drive from both Verstappen and Leclerc, but the Ferrari drivers simply can’t breeze back past any more like Leclerc did to Verstappen in Bahrain.

“This gives Max and team-mate Sergio Perez the comfort zone of looking after their tyres and playing the longer game knowing they can pounce down a relatively risk-free straight later on,” the 62-year-old believed.

“Carlos Sainz had a very important weekend for his confidence as the Ferrari pair were on the podium together for the third time in five races so far this season,” Brundle said of the the under-pressure Spaniard’s race.

“He hadn’t completed a lap in the previous two races and had another sizeable shunt in practice. He kept his head and did well to hold off Perez who was on fresh medium compound tyres albeit carrying an engine gremlin,” the nine-time podium sitter maintained.