Verstappen: I think I must have lost around 3kgs! 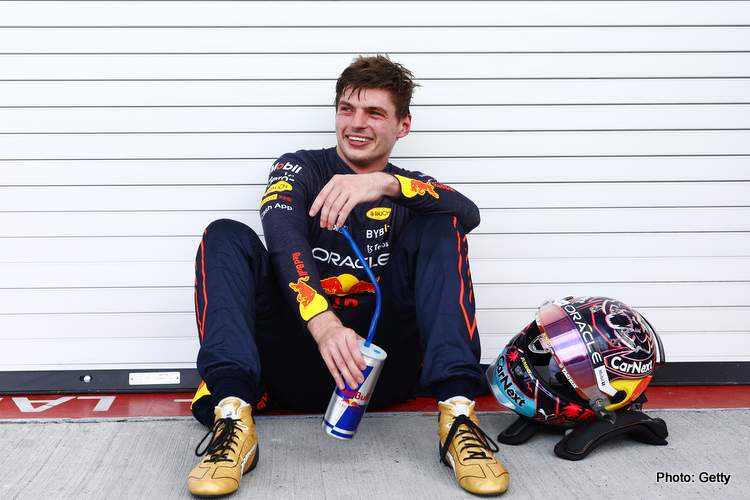 Max Verstappen won the 2022 Miami Grand Prix in dominant fashion, but the Dutchman claims it was a physically punishing race, revealing he lost around 3kgs of his body weight.

The reigning Formula 1 World Champion was faultless on race day, as a decisive move on lap one put him ahead of Ferrari’s Carlos Sainz, as he set out to chase Charles Leclerc in the other Red Car who was struggling with his tyres, finishing the job on lap 9.

Despite losing the gap he had built due to the safety car, Verstappen fended off the attack of Leclerc towards the end of the race to become the winner of the inaugural race in Miami.

Verstappen said in the team report: “It feels amazing to win in Miami, the whole atmosphere this weekend has been incredible and to win in the US is always a nice feeling.

“It was a physically tough race; I think I must have lost around 3kgs!” he revealed.

“We had a really good pace on the minimum tire, that for sure helped to make my race. Once we had the pitstop I was just managing my time to Charles, I think we were very closely matched on the hard tire. Then the safety car came out which made it more entertaining for the fans, I had to push hard today but we made it work.

“I’m super pleased for the Team, we didn’t have a great start to the weekend so we’ve come far, a big thank you to everyone,” the Dutchman concluded.

While Verstappen celebrated on the podium, Sergio Perez failed to join him as a late-race dash on new medium tyres did not bear fruit, with Carlos Sainz holding hid ground to take third.

Perez: It was a big disappointment 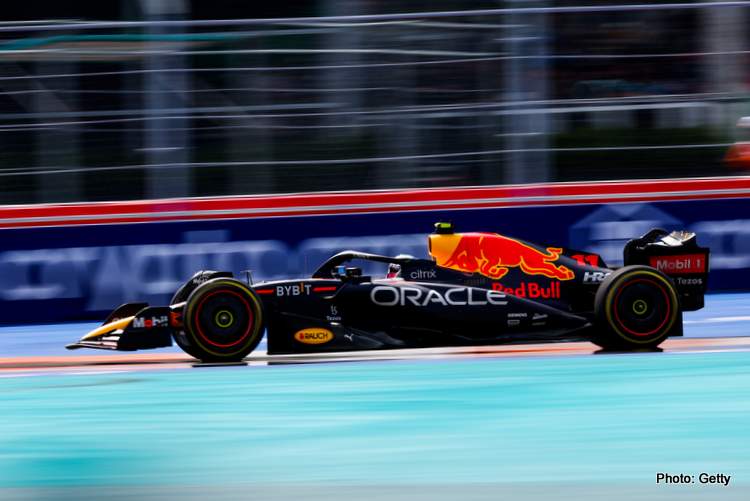 “It is a big disappointment today but at least we managed to finish with the points we have,” Perez lamented in the team’s post race press release.

“We were putting the pressure on Carlos and then we had a problem with the power,” he explained. “It was caused by a sensor failure and meant we lost a lot of power, which limited our ability to attack.

“I was a second from Carlos and then the engine dropped and I lost around 30 seconds in two laps and then the issue effected me throughout the race. We had the pace to be up there on the podium and I pushed as much as I could in the position we were in.

“It was difficult to look after the tyres too, it was so hard in the corners and I was losing a lot of grip towards the end of the race. I went for it after the safety car restart but there was no grip at all and I just couldn’t get past Carlos,” the Red Bull driver admitted.

“We are working really hard on reliability and we will keep pushing as a Team, it is unfortunate, but I am pleased we managed to finish today.

“In Barcelona I want to be back battling at the top,” the Mexican insisted. 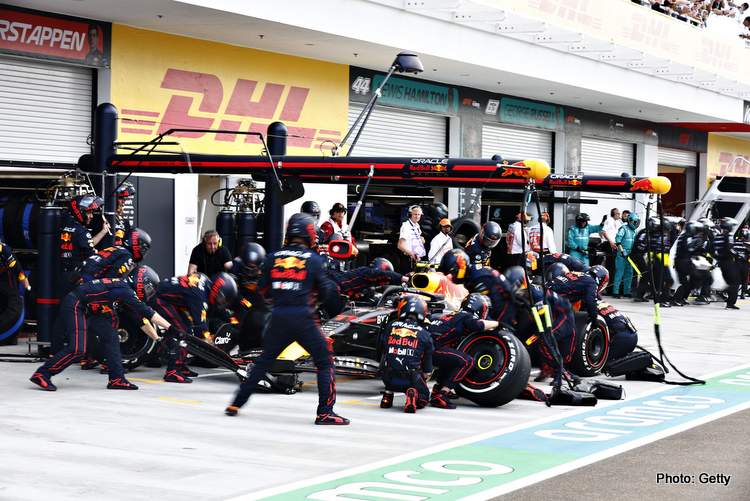 Red Bull team principal Christian Horner described the race, as tactical, and reflected on the its proceedings in the team’s media brief.

He began: “It was a real tactical race today and we threw everything we had at it, we were quite lucky that Ferrari didn’t pit under the safety car.

“Max was under so much pressure from Charles Leclerc but he kept focus and didn’t make any mistakes and was gradually able to break the DRS, which was very powerful today and manage the victory from there.

“Checo was really unlucky today, he had a sensor issue early on and lost about 30 horsepower, and he gave it a real go when we pitted him and gave him the tyre advantage and without that issue he may even have finished second,” the Briton revealed.

“We’ve got some interesting races coming up, the car is running well, we have some development coming in the summer and we need to lose some weight, but we’re pleased with what we’ve come away with this weekend,” the 48-year-old concluded.