Schumacher: Vettel so valuable to me as a friend 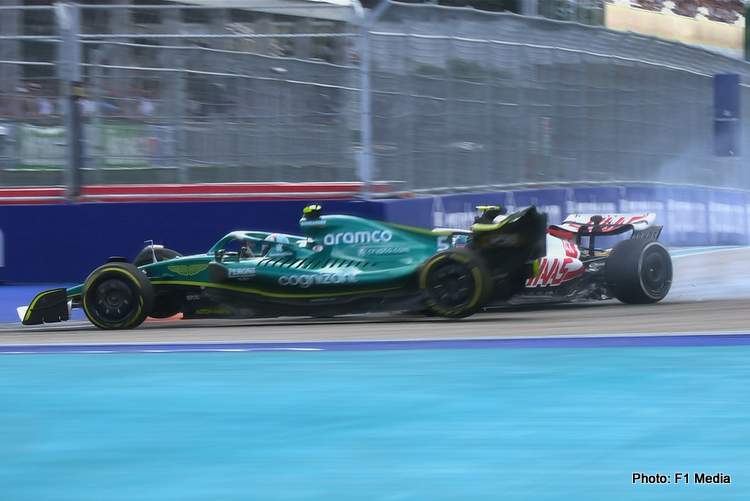 Mick Schumacher was gracious after his incident with Sebastian Vettel at the 2022 Miami Grand Prix, insisting the four-time Champion is a valuable friend.

Mick Schumacher’s chances of scoring his first points in Formula 1 evaporated in the Miami heat on Sunday after he collided with his mentor Sebastian Vettel with just four full laps of the Grand Prix remaining.

The 23-year-old German, who went through his debut season for Haas last year without picking up a point, was challenging Esteban Ocan for ninth spot on lap 53.

But the incident with Vettel left Schumacher needing to stop for a new wing and he ended up frustrated in 15th place.

The stewards ruled that neither driver was to blame for the collision and unsurprisingly, given their close relationship, there was no finger pointing from the drivers.

“Obviously a shame that we made contact and both of us out of the race, out of the points,” said Vettel, who was put out of the race by the crash. “I’m disappointed for Mick and myself obviously that the two of us lost a good opportunity to score points today.

“I don’t know, I did not expect him, I need to have a look again. When I saw him, it was obviously too late, so we made contact,” said the Aston Martin driver.

Vettel a mentor to Schumacher 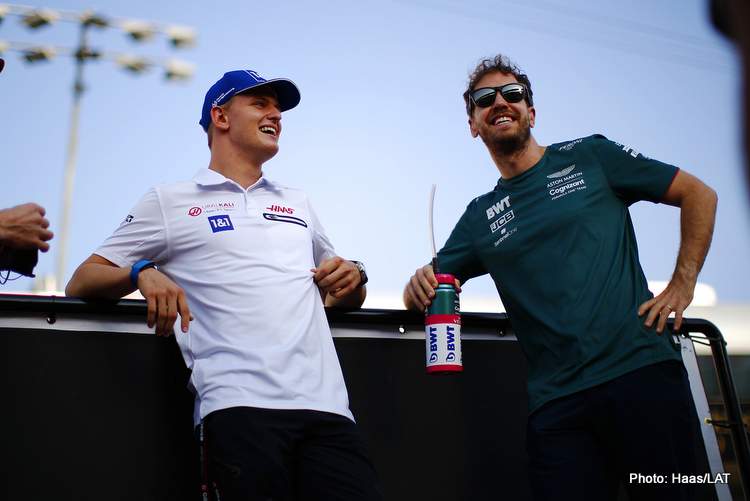 Schumacher’s father, seven-times World Champion Michael, was Vettel’s boyhood hero and took him under his wing early in his career. Schumacher senior has not appeared in public since he suffered severe head injuries in a skiing accident in the French Alps in December 2013.

Vettel has taken on the role of offering advice and a helping hand to Mick Schumacher, who was not surprised there was no hostility in Vettel’s reaction to the incident.

“No, the same from my side,” he said, “It’s nice that I can learn from him, he’s so valuable to me as a friend, so yeah, we’ll see. Obviously we’re all racers.

“Obviously, it’s hard to say and hard to judge from inside the car. So, I have to wait and see how it looks from the outside. But I’m sure it will also be good for me to see what Seb thinks about it.

“We’ll just have to move on from here,” Schumacher insisted.

Schumacher still managed to take some encouragement from his performance where had looked well placed for a top 10 finish.

“I think the pace was there,” he said. “It all was looking good but unfortunately the last few laps were a bit chaotic.”

A race where Haas and Aston Martin stumbled over each other

Vettel and Schumacher’s collision was not the only Haas/Aston Martin altercation in Miami, as Kevin Magnussen got together with Lance Stroll at the final stages of the race, for which the Dane was given a five-second time penalty and two penalty points on his super license.

“Sebastian was then running in 11 th place on new Mediums, just behind [Esteban] Ocon on older Softs and [Mick] Schumacher on older Hards,” Aston Martin team principal Mike Krack said of the German’s race after the Safety Car period.

“On his fresh Mediums, Sebastian duly leveraged that tyre advantage to displace them both, and was then lying in ninth place, looking good for some valuable world championship points.

“Sadly, it all ended for Seb through no fault of his own, as a result of a coming-together with an over-ambitious Schumacher.

“Equally, in the closing stages, Lance fell foul of [Kevin] Magnussen, who earned a penalty for causing a collision, as a result of which Lance ended up 11th,” Krack added.

Stroll was eventually promoted to tenth place after the race penalties were applied.

UPDATE: As a result of post-race penalties, @lance_stroll is promoted to P10 in the final #MiamiGP race result, scoring a point for the team in the process. pic.twitter.com/1lZ6cMsGsa

Haas team boss Guenther Steiner added: “It’s disappointing to look like you were going to come away with points and then not – Mick’s incident with Sebastian took care of that unfortunately.

“We then had to retire Kevin’s car on the second to last lap with damage he’d sustained earlier while he was fighting to get back into the top 10.

“We learn lessons in races like this and we have to apply those lessons moving forward to better ourselves,” he concluded.