Sainz: I told the FIA my crash shouldn’t feel that hard 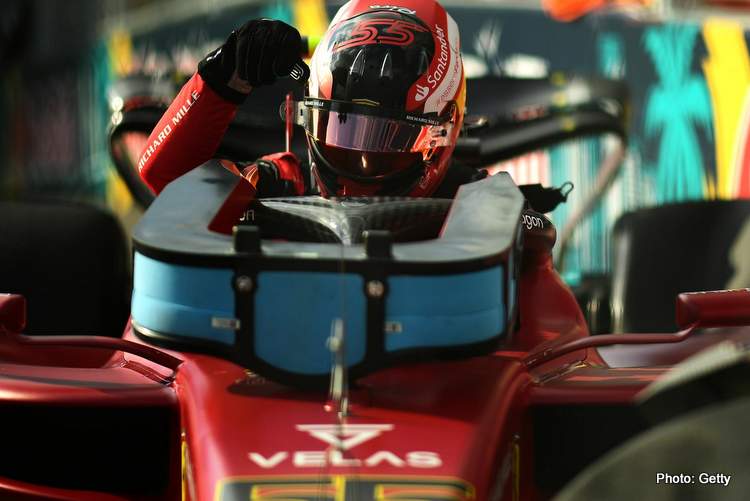 Carlos Sainz criticized the FIA for the safety arrangements at the place where he crashed on Friday, claiming his crash shouldn’t have felt that hard.

Ferrari’s Carlos Sainz and Alpine’s Esteban Ocon, who both crashed heavily into a wall in Miami Grand Prix practice, accused Formula 1‘s governing body on Saturday of not listening to their safety concerns.

The track around the Hard Rock Stadium is hosting a race for the first time, but Both drivers argued that a Tecpro barrier should have been erected at turn 14 to soften the blow of the impact against concrete.

“I’m sorry to be critical but I told the FIA yesterday that my crash in second gear shouldn´t feel that hard, but today my neck was a bit in pain,” Spaniard Sainz, who qualified on the front row, told Sky Sports television.

“I told them ‘Let’s put Tecpro there’ because it’s a very hard concrete wall. Esteban went to crash and I’m pretty sure he felt it too.”

Sainz said he had brought the matter up in Friday’s drivers’ briefing but nothing had changed.

Ocon had a 51G impact and a cracked chassis 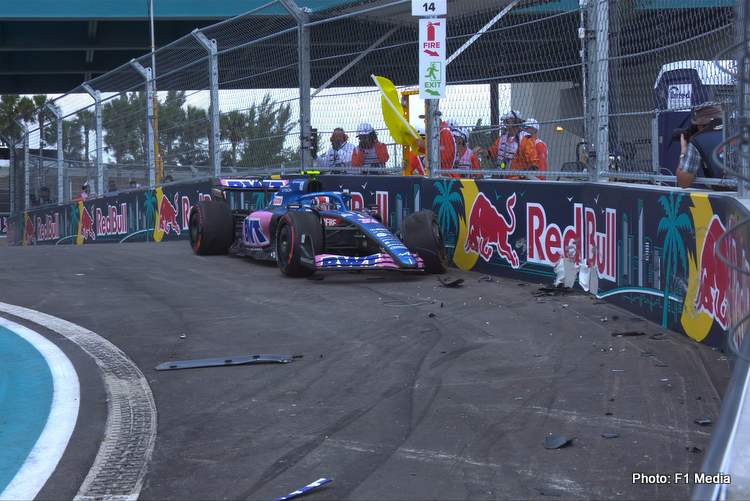 Ocon’s crash cracked his car’s chassis and meant he could not take part in qualifying. The Frenchman said it had been a 51G impact and painful, although he was cleared to race.

“The impact has been so hard in comparison to what it should have been. We’ve discussed it with Carlos yesterday, with the race directors, to say that we should probably put a Tecpro barrier there and it hasn´t been listened,” he added.

“That is not acceptable, and the FIA should push harder for our safety,” Ocon insisted.

There was no immediate comment from the governing body.

Jenson Button, Britain’s 2009 world champion and now a pundit for Sky, said Tecpro would have made the impact a lot softer but it would have to be a long stretch of it.

“After that incident, and now two, I’m sure they are going to put it in,” he said. (Reporting by Alan Baldwin)