Leclerc: Good to have Carlos by my side 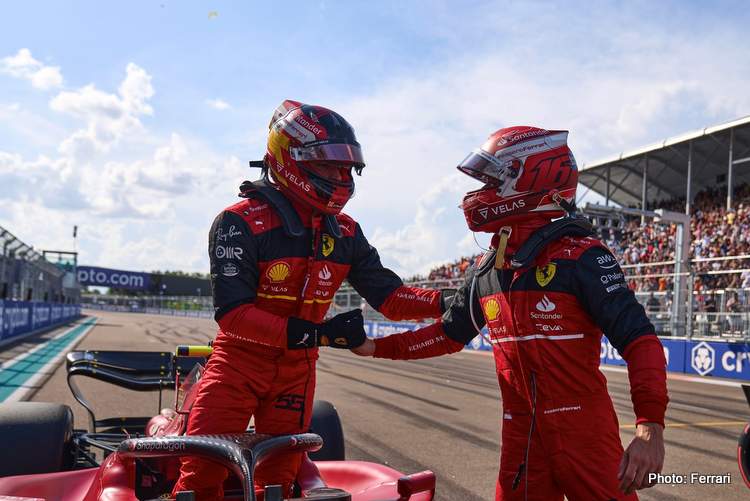 Charles Leclerc will start the 2022 Miami Grand Prix from pole, and is glad to have his teammate Carlos Sainz by his side, as Ferrari managed to lock out the front row in qualifying.

And having his teammate by his side on the front row was always going to be a good prospect for Leclerc, especially when your Title rival, in the form of 2021 Formula 1 Champion Max Verstappen is lurking behind in third, so a buffer is preferable.

Leclerc said in Ferrari’s post qualifying report: “It feels really good to come here and put everything together on such a difficult track.

“Although I was not very happy with turns 1-2-3, it was a good lap and I’m really glad to have secured pole,” he added.

“I feel at ease with the car,” the Monegasque revealed. “It feels great to drive and really makes you think of how to extract its full potential.

“Tomorrow will be a tight race and it is good to have Carlos by my side. The pace is there for both our cars and hopefully we can keep our positions until the end to bring home a strong result for our team,” the 24-year-old driver concluded.

Sainz: Qualifying was a strong comeback 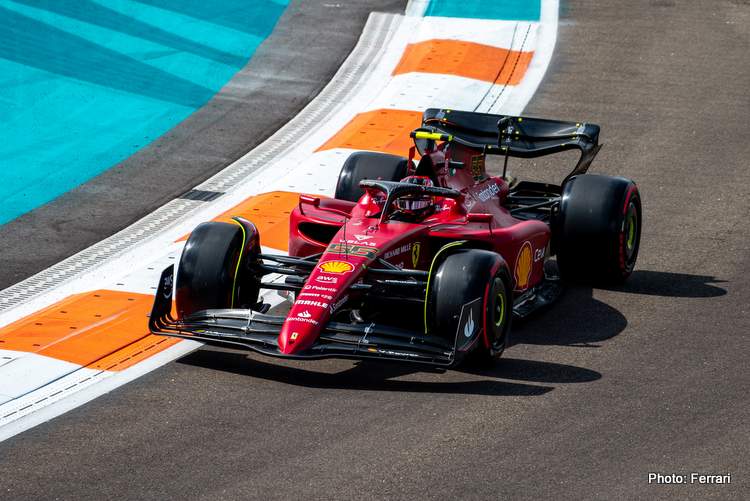 Carlos Sainz’s crash in FP2 was always going to be on his mind as he entered qualifying, but the Spaniard delivered a good performance, finishing second behind Leclerc, 0.190s slower, making it a perfect result for Ferrari.

“I’m pretty happy with my qualifying,” Sainz said. “It was a strong comeback after yesterday and I managed to improve run after run, to finally fight for pole up until the very last corner.

“I had fun out there, pushing the car, and we are in a good position for tomorrow,” the 27-year-old revealed.

“This track has proven to be very tricky and starting from the front row will help for sure. We will do everything to maximise the potential for the race, as there are a lot of factors to take into account.

“Congrats to the entire team and to Charles for a well executed session,” Sainz concluded. 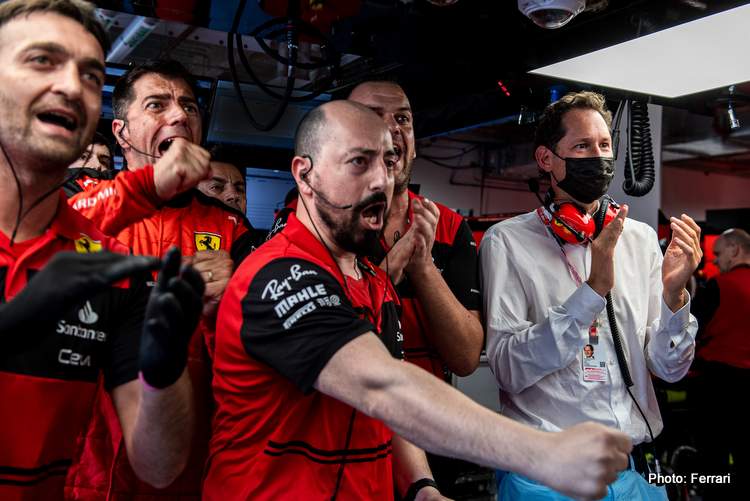 Ferrari’s Racing Director, Laurent Mekies, hailed a great team result in Miami’s qualifying, which he claimed to be a morale booster after how Imola went down.

“We are very pleased with this result,” he said. “It was also important in terms of morale, for the team here at the track and for everyone working back in Maranello, after what happened in Imola.

“Qualifying took place in conditions very different to anything we have seen so far this season and on a unique track, at which we were able to demonstrate the effectiveness of our package.

“Nevertheless, it’s clear we are in for a very close fight with our main rivals,” Mekies warned.

“Our drivers did a simply amazing job today. Charles produced yet another of his breathtaking laps, while Carlos came back from a difficult Friday, working hard and demonstrating real determination, which saw him get very close to his team-mate’s time so as to line up right behind him.

“It’s nice to be on the front row but we still have a lot of work to do tonight. Tomorrow’s race could be the hottest of the season and we have seen how tricky this track and its surface can be, so it will be very important to prepare every last detail for the race, starting with how to manage the tyres,” the Ferrari director explained.

“This evening, we will work with our colleagues back in Maranello to ensure we get everything out of the car. The start will be very important and we will be up against very tough opponents, who are capable of giving us a hard time in terms of top speed.