Grosjean: Racing is rubbing, or rubbing is racing 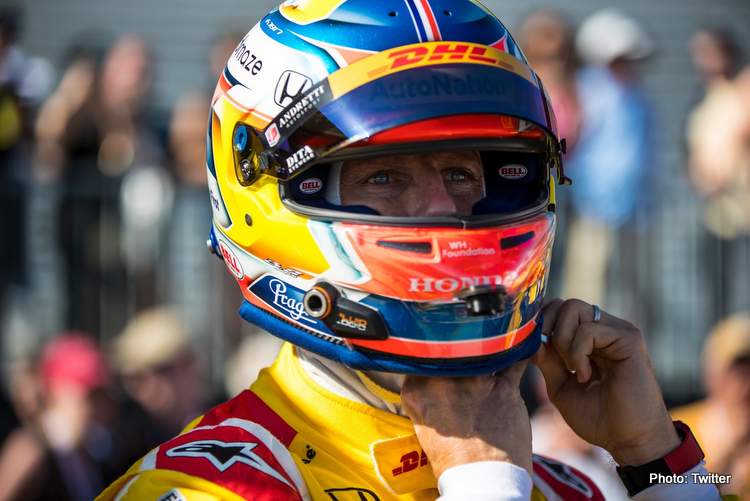 Romain Grosjean used a line from the movie “Days of Thunder” to shrug off criticism from Graham Rahal following late contact between the two in last week’s IndyCar race.

“Racing is rubbing, or rubbing is racing,” Grosjean told The Associated Press on Thursday in the paddock ahead of this weekend’s Formula 1 Miami Grand Prix. “I don’t know, I was on for some good points and I wanted more.”

Grosjean was then stopped by an old acquaintance; warmly greeted by a former team member; and greeted in French by a fellow countryman. He’s been out of F1 since his fiery wreck in late 2020 and now races in IndyCar, where in one season he was voted the series’ most popular driver and moved into a seat with Andretti Autosport.

Grosjean has relocated his family from Switzerland to the Miami area and is back in the paddock for the inaugural event as a race ambassador. He is also coming off a Sunday incident at Barber Motorsport Park in Alabama that drew a scathing rebuke from Rahal.

The two were battling for seventh and eighth and Rahal felt he gave Grosjean enough room for a fair race for position. Instead, he alleged Grosjean intentionally hit him and then attacked Grosjean’s reputation.

Grosjean was winless in 10 seasons in F1, was suspended one race a decade ago for his role in a crash and escaped burning to death when he freed himself from fiery wreckage with two races remaining in his F1 career.

“Another driver in the series told me, `You can´t teach an old dog new tricks,´ and that´s kind of been his reputation his whole career in Europe,” Rahal said. “We´re learning his reputation quickly here. To me, if race control doesn´t want to do anything, then they´re not going to do anything. But when we go and punt him, they better not do anything to me, when in the past, I´ve been penalized for a lot less than that.”

Grosjean was unbothered by Rahal’s assessment.

His focus was on his return to the F1 paddock, where he remains a popular figure. Grosjean is thrilled for former teammate Kevin Magnussen – the two lost their jobs together at the end of 2020 but Magnussen was called back to Haas this year – and has been pleasantly surprised by Haas’ improvement.

“I’m really happy for Kevin. Every time we spoke, even at Sebring testing, he was really looking to get back into a single-seater,” Grosjean said. “He wanted to do IndyCar and then a couple of weeks later, he’s back in Formula One with a team that is able to give him a good car. So that’s very nice.”

His hands still bare the scars of his crash but Grosjean has moved on. He’s content in IndyCar driving the full season for Andretti and ready to make his Indianapolis 500 debut later this month. Grosjean is eighth in the standings, but has one podium finish and was fifth in the season-opener.

And then The Phoenix was off to another appearance.

The @f1_experiences selfie stick in Miami 💯🏁✌🏼
Looks like we are on for an awesome weekend in Miami #GrosjeanMiami pic.twitter.com/9ex0CVQael