Marko: Only Norris is in the same league as Verstappen 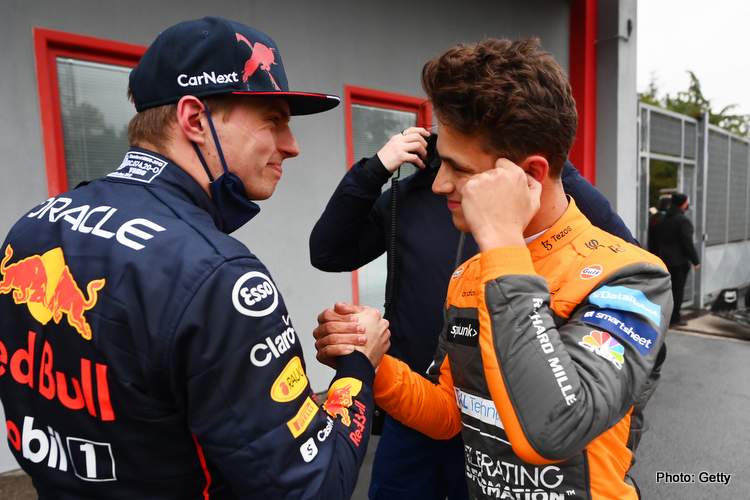 Formula 1’s stirrer in chief and mind-games master Helmut Marko popped one of his typical controversial statements ahead of this weekend’s Miami Grand Prix, claiming that only Lando Norris is in the same league as Red Bull’s star driver Max Verstappen.

A provocative statement to be made at a time when F1 is enjoying the emergence of a hugely talented Young Guard as the Old Guns fade away.

Marko told Auto Motor und Sport: “The only driver that I see with the same talent as Max, and in the same league, is Lando Norris, but he doesn’t have the best equipment at the moment.”

Not many words but a huge statement with intriguing (intended or not) messages in that sentence, from the puppet master of Red Bull’s famous F1 young driver programme that produced, of course, Verstappen, and was instrumental in the emergence of Sebastian Vettel, Daniel Ricciardo, Carlos Sainz, Pierre Gasly to name a few.

Apart from roasting Mercedes powered McLaren Marko is stating that he does not even rate drivers in his own Red Bull pool at the level of Norris, nor the likes of highly-rated Ferrari ace (and Verstappen’s 2022 F1 title rival) Charles Leclerc, nor Mercedes driver George Russell or Alpine’s Esteban Ocon.

If he cared, seven-time F1 World Champion Lewis Hamilton might be offended by Marko’s observations because the Mercedes driver was at his very best in those final three races of last season.

He did not forget to drive very fast over the winter, but rather the W13 has been a woeful piece of kit, probably the worst F1 car he has driven since he stepped into the top flight back in 2007; rendering the 103 time Grand Prix winner obsolete this year.

It was the second time in a week that Marko took a pot-shot at Hamilton, after Imola he told reporters: “He was lapped by us so maybe he should have stopped last year.”

Intentionally or not, Marko also put Sergio Perez in his place too with that statement, which is somewhat unfair considering that the Mexican has been constantly upping his game to be within sight of Verstappen, which none of his predecessors was capable of doing when sharing the same garage with the Dutchman, one of the best F1 drivers of all time and, at 24, still in the making.

Brown: Norris is as good as anyone in F1 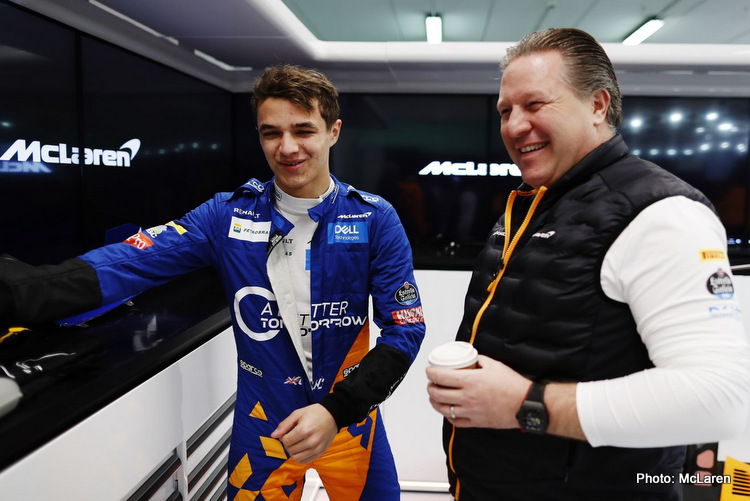 At the same time, it cannot be argued that Norris is a very special driver, with only 64 Grand Prix starts, he burst onto the F1 scene as a unique talent, matching and beating his more experienced teammates as he cements a long future at the pinnacle of the sport.

In three years, Norris has won over the hearts and minds of F1 fans because of his consistently shining performances on track, while off it he is just a 22-year-old gamer having fun enjoying the fact that he is an F1 driver, taking it all in a comfortable and entertaining stride which next-gen fans relate to.

McLaren boss and long time team owner in sportscar racing Zak Brown, a racer who knows race drivers, believes Norris is among the best of the best: “He is, in my opinion, as good as anyone in F1. Unbelievably fast. But… there are a lot of fast drivers in F1.

“The part I’m most impressed with Lando is how few mistakes he makes and his mistakes are small, a track limit, locked up a brake; you haven’t seen him many times put the car in the fence, run wide on a corner under pressure and make a mistake.

“I think as far as pure natural talent, I think he has as much as anyone in F1,” declared Brown, who has Norris signed with McLaren until the end of 2025 so confident he is in the talents of the 22-year-old Englishman.

At 26 when the contract end, if McLaren is still a B-Team, be sure one of the big three will come knocking for his services if they don’t before then. And, of course, keep an eye on Marko and the Bull-pen, because Verstappen-Norris would be a partnership for the ages.