Brown: Ricciardo doesn’t feel 10 out of 10 on top of the car 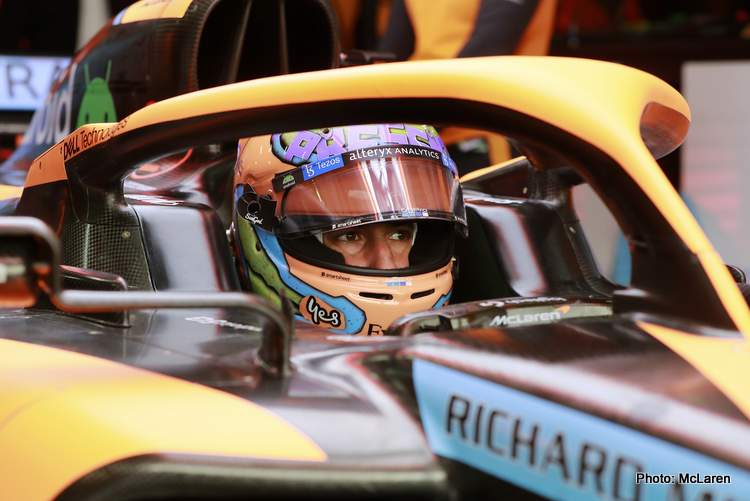 McLaren CEO Zak Brown revealed that Daniel Ricciardo is not yet fully on top of the handling of his MCL36, despite showing progress in his second season at Woking.

Singling out his win at the 2021 Italian Grand Prix at Monza, Ricciardo’d debut season in Papaya was underwhelming, as he struggled to get to grips with MCL35M, McLaren’s 2021 Formula 1 single seater.

The 2022 season hasn’t been ideal for the Australian as well as he missed the second season test in Bahrain for Covid, and started his campaign under-prepared, not to mention the deficiencies the team’s 2022 car has shown.

Asked during F1 Nation’s podcast whether there was progress for Ricciardo Zak Brown said:  “Yeah, I think for sure. His race days have been very strong, much better in qualifying.

“Listening to him earlier this week with the team, I think he still doesn’t feel he’s 10 out of 10 on top of the car, but he has got a great relationship with Lando, he knows the team well,” Brown added.

“It was great he was able to go back to Australia for the first time in a couple of years and recharge the batteries and see the family, so we’re really happy to see Daniel on top of his game,” the American said.

Ricciardo’s contract with the team runs up till the end of the 2023, and Brown revealed that the team will be weighing their options, with Pato O’ward, Arrow McLaren SP driver in IndyCar being evaluated, as well as American Colton Herta.

“Probably later this year,” was Brown’s answer as to when discussions around Ricciardo’s future with the team will commence.

“So I don’t think you can ever plan too early, but there’s no rush,” Brown maintained.