Alonso: Unbelievable we have only two points 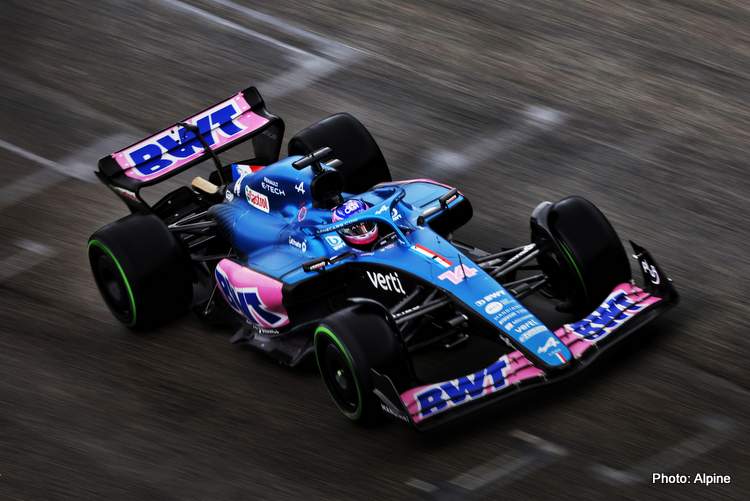 Fernando Alonso lamented the fact that he has only two Formula 1 Championship points to show for his efforts, four races into the 2022 season, despite having a decent car at his disposal.

Alonso’s retirement at the 2022 Emilia Romagna Grand Prix was his second this year, after also failing to finish at the Saudi Arabian Grand Prix, while on his way to a decent result in both.

While the first retirement was due to reliability problems on his A522, a decent piece of kit it seems, the second was due to an out-of-control Mick Schumacher that over steered into the #14 Alpine’s sidepod, causing to much damage for Alonso to continue.

“It was another unfortunate race for us this season,” the Alpine driver said. “We made a decent start and moved up to eighth but there was a lot of damage on the right side of my floor and on the sidepod

“I saw on the replay that Mick spun unfortunately and touched my car and destroyed completely the righthand side of my bodywork and floor, and there was too much damage to keep racing,” he added.

As such the 2005 and 2006 F1 World Champion finds himself 15th in the Drivers’ Standings, which he feels is unlucky,

“Another time it’s out of our control that we lost another race,” Alonso explained. “We are extremely unlucky in this first part of the championship but there’s still a long way to go.

“Hopefully we can recover,” the 40-year-old from Oviedo hoped, and went on to hail the pace of his pink and blue car this year.

“The car seems quite fast this year and yeah,” he claimed. “It is unbelievable that we have only two points in the drivers’ championship because I think it’s a little bit unfair at the moment.

“After Australia I feel that I could have scored 20 or 30 points in the championship, and I have only two. It’s unlucky!

“It’s a long season and there are plenty of points still to score,” the winner of 32 grands prix concluded.

After a collision with Schumacher at the start, part of Alonso’s sidepod flies off down the main straight 👀#ImolaGP #F1 pic.twitter.com/ZZqpcPxUyK