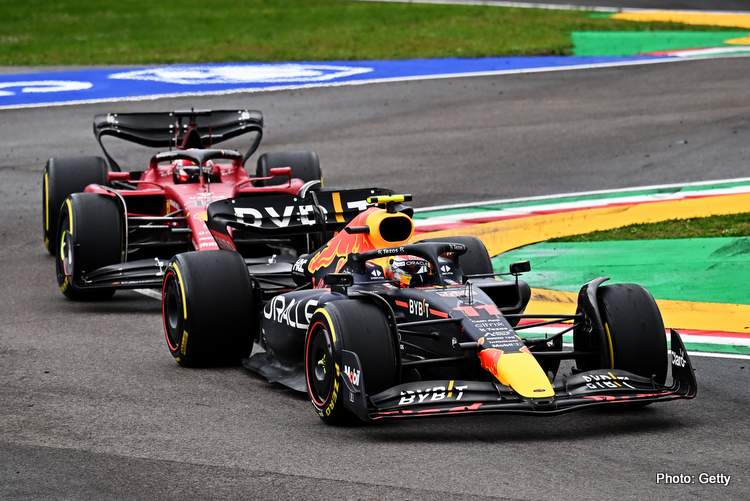 Red Bull dominated the race weekend at Imola, with reigning Formula 1 Champion Max Verstappen collecting the maximum haul of points possible, and Sergio Perez delivering a strong support role for both his teammate and the team.

Suddenly the odds listed for Max retaining the title listed by betting sites directory PolskieKasyno.org tell a story of odds being substantially reduced after the Imola silverware haul – betting company odds always a great gauge of the true pecking order.

And Marko stressed the importance of the result saying to Sky Sports “It was very important after our problems in Bahrain and Australia, from the engine side.

“Another 1-2 – the last one was 2016 in Malaysia – so it was about time. For the morale and everything, it’s more than important. It shows that we are competitive. We just have to get the package together and then we are there.

“I mean, twice [Verstappen lost] 18 points. He would be easily ahead [otherwise], but there are so many races coming and the important thing is that we know we have such a strong package,” he added.

The energy drinks outfit had some updates for the RB18 for the Italian race, and sorted out their reliability problems, and were able to switch on their tyres properly which was, according to Christian Horner, key to their victory.

“I think, as we saw in Melbourne [with] the tyres, there’s an operating window,” Horner told media. “I think [with] the set-up this weekend, we got it right.

“We could see that Charles was struggling a little bit more with the front tyres here than we were, both in [Saturday’s] race and in the latter part of [Sunday’s] race,” he added.

“That just gave us the upper hand and I think Max was able to manage the race perfectly, [and] Checo (Perez) was able to build a gap to Charles and manage that gap.

“At no point, other than one trip across the grass with Checo, did we really come under too much pressure,” the Briton concluded.

Marko was asked whether Ferrari can respond to Red Bull’s update plans, to which he responded: “I don’t think so.

“What we also saw is that we put real pressure on them and they’re making mistakes. You could see that Leclerc span on Friday, twice. [Carlos] Sainz spun [in the race], then Leclerc again,” the Austrian explained.

“It’s quite a cute and, I would say, very sportive and friendly competition between Ferrari and us,” Marko commented on the rivalry with Ferrari this year.

“The championship will be very exciting and hopefully it doesn’t go to the last race like last year,” the 78-year-old concluded.