Verstappen: This one-two is well deserved 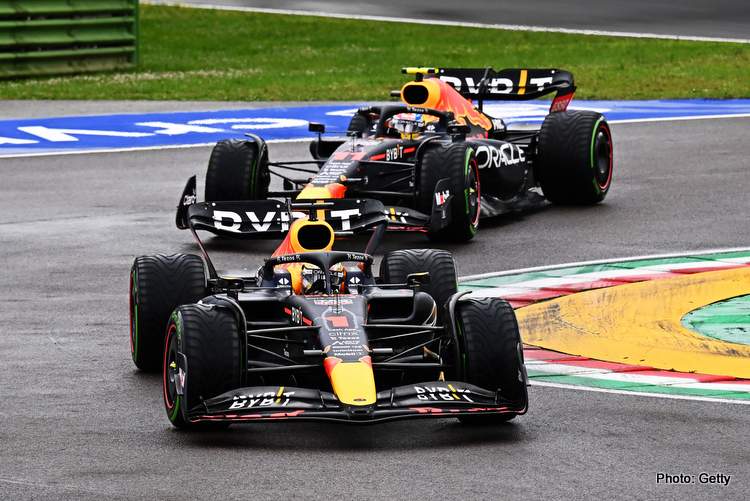 Max Verstappen dominated the 2022 Emilia Romagna Grand Prix, leading a one-two for Red Bull, a result the Dutchman insisted is well deserved by the team.

The reigning Formula 1 Champion had the perfect weekend, securing pole position, winning the Sprint Race, and then winning the Grand Prix on Sunday, with the extra point for the fastest lap being the cherry on the cake.

Charles Leclerc’s costly error towards the end of the race, and his consequent sixth place finish, Verstappen was able to chip into his rivals lead in the Drivers’ Championship as he knows sits second, 27 points behind the Monegasque, while he was previously 46 points adrift.

“Yesterday and the day before, we were on it and it was looking like a strong weekend,” Verstappen said after the race.

“Today, you never know with the weather how competitive you’re going to be… as a team we did everything well and I think this one-two is well deserved. 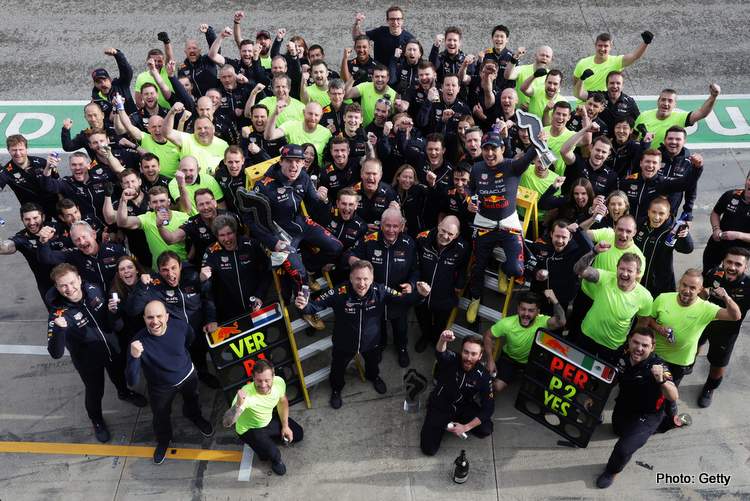 “We just had to learn from our reliability trouble, I think we did as a team,” the Dutchman said. “The whole weekend we made the right calls, we were on top of everything, except yesterday’s start wasn’t great, but we recovered that quite well.

“The whole race was very well executed without too many troubles but you still have to focus. It’s easy to make a mistake in these tricky conditions so I’m very pleased with the end result,” he added.

Verstappen later said in the team’s race report: “I scored the maximum amount of points this weekend and we can be really proud of that as a Team, it’s a great boost.

“We need to keep focused and we know that at the next race we need to be up there again and keep this going,” he concluded.

A tough but enjoyable race 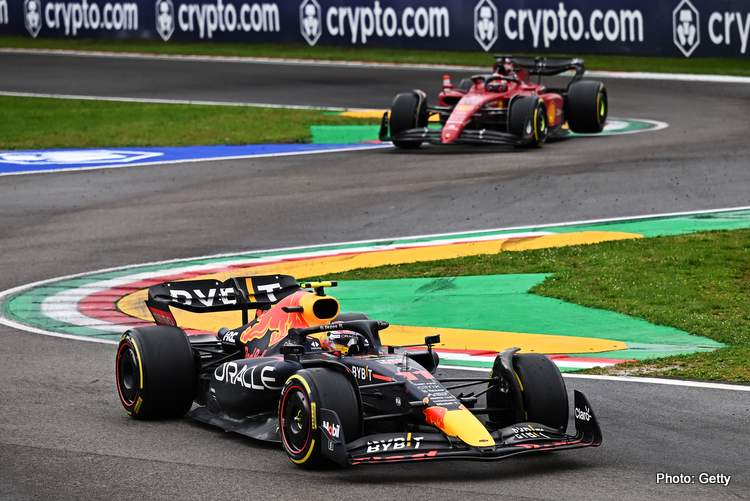 Sergio Perez finished  the race second place, and was playing the perfect role during the race, protecting Verstappen’s lead, and fending off several fruitless attacks from Leclerc.

“It was a tough race but an enjoyable one,” the Mexican said in the team’s press release. “Rule number one in these conditions is to finish. It was difficult because in these conditions it is easy to make a mistake and put a foot wrong but we managed a clean race and kept out of trouble, which was pretty important.

“I got a great start and the restart was good too, then I think the Team did a great job with strategy out there,” he added. “On the intermediates I was really thinking to save the tyres but the degradation was high and Charles was really fast towards the end of that stint so I was happy to just keep him behind.

“The race was pretty intense with Charles, he was always within an undercut range and when we thought we had him under control he boxed and made things a lot harder for both of us. We were both pushing with cold tyres and, in fairness to Charles, it was easy to make mistakes.

“We have had such a difficult start to the season with reliability concerns and DNFs, so it was really important we brought it home today – it is a great result for the Team,” Perez concluded. 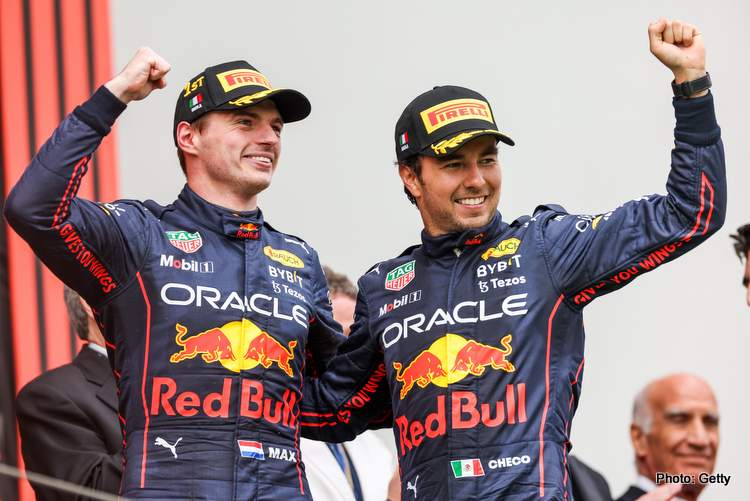 An elated Christian Horner hailed the result his team delivered on Sunday at Imola, on a day when Red Bull made some serious gains in the Constructors’ Championship, with the Ferrari of Carlos Sainz failing to finish compounding to the Scuderia’s trouble considering Leclerc’s sixth place.

“This has to be one of our best ever results, to take the maximum points across the whole weekend, bar one, was incredible,” Horner said in the team’s media brief.

“Both Max and Checo have driven brilliantly to secure our first one-two finish since Malaysia in 2016. I’m very proud of the entire team, from everyone at the track and those back in the factory at Milton Keynes, they delivered a phenomenal performance, it’s just what we needed to rebound from Australia.

“It’s a long season and we’ll take a lot of confidence from this result and try to build on it in Miami in a couple of weeks’ time,” Horner concluded.