Hamilton: Ultimately we haven’t got it right this year 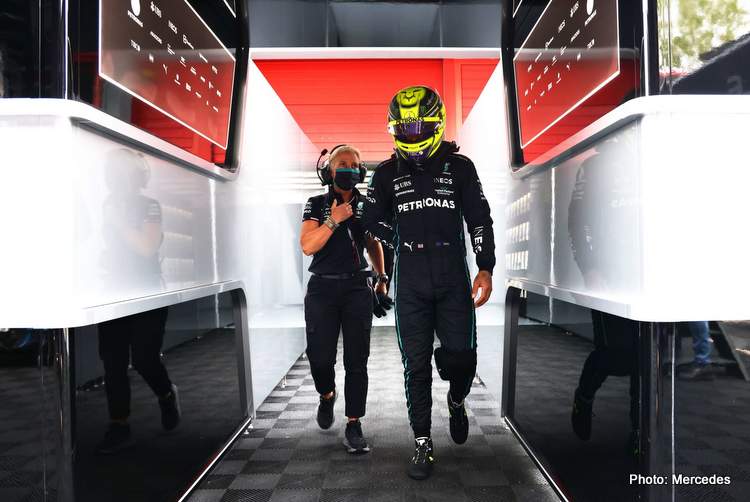 Seven-time Formula 1 Champion Lewis Hamilton admitted Mercedes haven’t got the car right this year, after finishing 14th in the Sprint Race in Imola on Saturday.

Lewis Hamilton wrote off his hopes of winning a record eighth Formula 1 championship this year after falling 50 points adrift of Ferrari’s Charles Leclerc at Imola on Saturday.

“We’re obviously not fighting for this championship,” the Briton told Sky Sports television after finishing 14th in a Saturday Sprint Race that set the starting grid for Sunday’s Emilia Romagna Grand Prix.

“But we’re fighting to understand the car and improve and progress through the year,” he added. “That’s all we can hope for right now.”

Mercedes have won the last eight Constructors’ Titles but failed on Friday to get a car through to the final phase of qualifying for the first time since 2012.

Mercedes haven’t got is right in 2022

Hamilton said a lot of work was going on to fix the car’s problems but ‘it is what it is’.

“Ultimately we haven’t got it right this year but everyone’s working as hard as they can to correct it,” he said.

The Briton added in Mercedes’ press release:  “The team have been through many, many tough years. Most of the people that I’m working with have been with this team for more than 20 years, so they’ve been through it.”

He reflected on the tough time he and the team faced when he joined in 2013, and said: “It wasn’t the greatest of years in 2013 but we’ve had great years since then. We stick together, we try to motivate everyone.

“This is the situation that we are faced with and everyone’s got their heads down, working,” Hamilton insisted.

The Monegasque is now 40 points clear of closest challenger and teammate Carlos Sainz, with every chance of extending that further on Sunday. (Reporting by Alan Baldwin, Additional reporting by Grandprix247)