Horner: We have fix for reliability problem this weekend 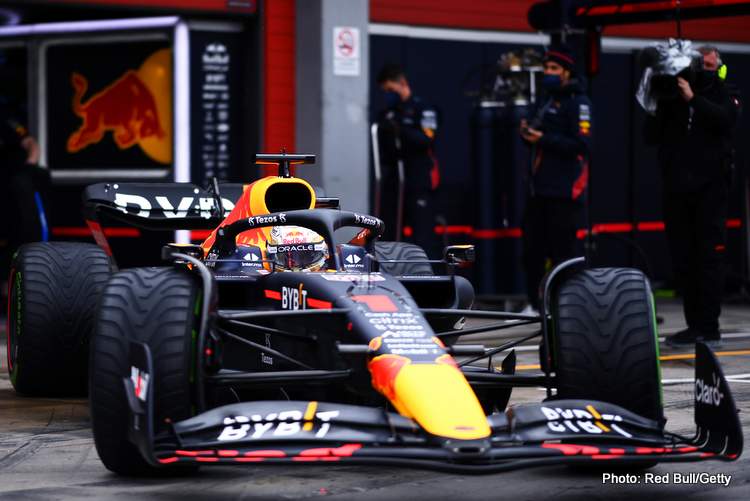 Red Bull have suffered from reliability so far in the 2022 Formula 1 season, their latest failure being in Melbourne with Max Verstappen, but Christian Horner claims they have found a fix.

The Red Bull RB18 has proven to be fragile while being fast, with both of the team’s cars failing to score points in the opening race in Bahrain due to fuel-related problems, while Verstappen’s race in Melbourne ended with 20 laps remaining, after suffering another fuel related problem.

That meant the defending F1 Champion is now 46 points behind Ferrari’s Charles Leclerc, the current leader of this year’s Championship.

Horner confident of fix by Honda

However, Christian Horner claimed the team have found the fix for the latest problem ahead of the Emilia Romagna Grand Prix at Imola this weekend.

“Yeah, we’ve been working with our colleagues at HRC in Japan and they have found the issue,” he told Sky Sports F1, “They’ve resolved it and I believe we have a fix for this weekend.

“It was just very, very unfortunate,” he added. “[It was] a part that had done 10s of thousands of kilometres, without ever having an issue. But, unfortunately, [the issue] appeared at exactly the wrong time in Australia.”

With Red Bull hemorrhaging points so far this year, and lying third in the Constructors’ Championship, 49 points down on leaders Ferrari, Horner emphasized the significance of the Italian weekend for the team.

“It’s an important weekend for us,” he insisted. “There are a lot of points available this weekend and we want to make sure that we’re there to capitalise.

“We can’t afford for the gap to grow, again, to Ferrari, so we need to start eroding it rather than seeing it grow,” the Briton warned.

Verstappen believes time will tell if reliability is sorted

Verstappen took pole at Imola, and will start the Sprint Race on Saturday from the top grid spot, but the questions about his RB18’s reliability refused to go away, as the Dutchman was questioned about the subject during the Friday media sessions.

“I mean, it’s been different issues,” Verstappen told the media. “So, we have been solving them but, of course, time will tell if it’s working or not.

“I mean, it’s difficult to say at the moment, but I know that the team always does their very best in solving all the issues,” he added.

“They are a bit unexpected, because testing actually was very smooth for us before we started the first race of the season. So yeah, well, we’ll find out this weekend,” the 2021 Champion concluded.

Sergio Perez also commented on his team’s reliability woes, and expressed his relief that the team has found the root cause of all the problems that impacted them so far.

“Well, first of all what gives us hope is that all the issues, all the reliability problems we’ve had we understood them and we were able to fix them,” he spoke to the media. “So from now on, hopefully, there are no more surprises.

“Something unexpected can happen still, but we feel like we’ve come on top of them and yeah, that will be critical for us on our side, you know, as a team to make sure we are able to collect the points where we are able to get weekend by weekend because yeah, so far it’s been extremely painful,” the Mexican explained.