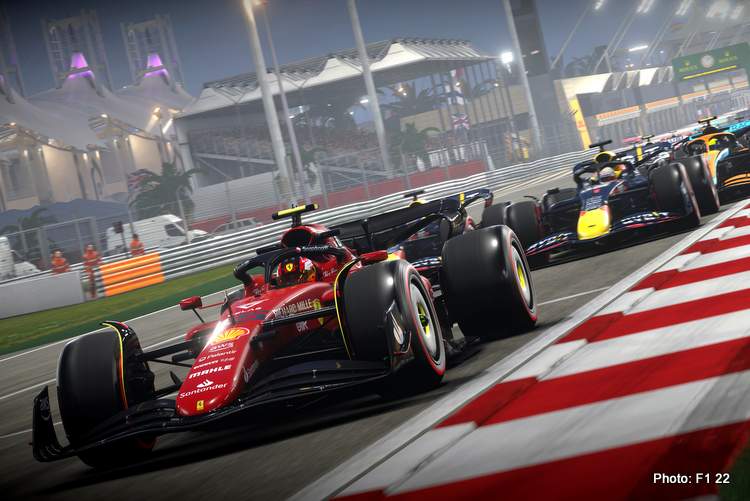 F1 22 -the game – will be out on 1st July 2022 according to Electonic Arts (EA) who own the official Formula 1 video game franchise.

The latest edition will feature the 2022 cars, the first year of the new F1 regulations that have unsettled the pecking order as Ferrari and Red Bull have emerged as the title contenders, while once-invincible Mercedes have tumbled down the list as Haas F1 Team shoots up it.

This is also the first release that was developed fully under the EA umbrella since the gaming giant acquired original publishers Codemasters early last year. This is what they have to say about the latest edition:

Boasting plenty of new features, and the incredible new 2022-spec F1 cars, F1 22 will be a game that plays like no other. Whether you’re joining the grid as the 11th squad in My Team, chasing world records in Time Trial, or battling with fellow racers in Multiplayer, there’s something to suit everyone!

While we don’t exactly condone off-track overtakes, we definitely do approve of updated track designs. Redesigned tracks in Australia, Spain, and the season finale in Abu Dhabi mean you can experience the circuits in their most up-to-date form.

And it’s not just the corners themselves that have changed, but also how you drive them. With a complete overhaul to the cars in 2022, the balance of aerodynamic and tyre grip has shifted, and the new game will reflect this with a brand new feel to handling.

As well as tweaked circuits, there is of course one brand new venue to enjoy… 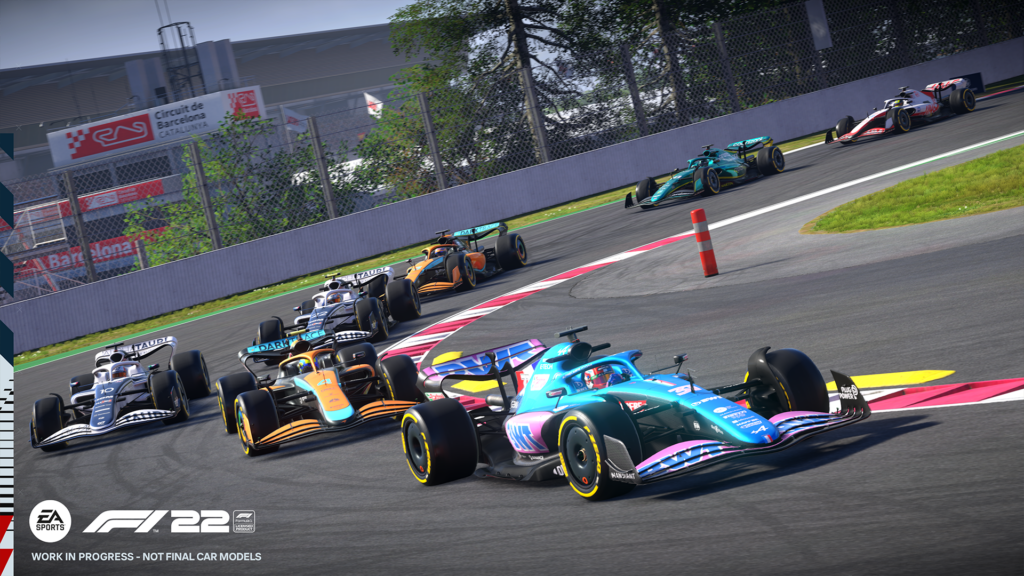 F1 22 is of course your first chance to get to grips with the Miami International Autodrome. This 5.4km sun-soaked ribbon of asphalt features the Miami Dolphins’ Hard Rock Stadium as a stunning centrepiece, and will present a brand new challenge to master.

Though the inaugural 2022 Miami Grand Prix will have taken place by the time the game hits your hard drive, pre-ordering the special Champions Edition of the game will net you some awesome Miami-inspired content to show off in-game. Pre-order by May 16 to get the goods delivered when the game launches!

F1 22 also introduces F1 Life, a brand-new level of immersion which will make you feel like a racing driver, as you show off an array of supercars, clothing and accessories earned in-game.

A CHAMPION WILL RISE

The search for our next digital superstar never stops. The 2022 F1 Esports Series Pro Championship will be contested on F1 22, with the new cars and handling adding an extra layer of complexity to the story of the season. Keep an eye on F1Esports.com and F1 social channels for more update son the Pro Championship, calendar, drivers, and the all-important Pro Exhibition later in the year…

Here’s all the info you need to know about F1 22 ahead of the lights going out for worldwide release on July 1st, 2022, including how to get early access and special pre-order content!

Take your seat for the new era of F1 with the sport’s stunning new cars and a new handling model that recreates the intense wheel-to-wheel racing that’s had us on the edge of our seats so far in the 2022 Formula 1 season.

Plus, test your talent amongst the iconic Florida palm trees around the 19 challenging corners of the vibrant new Miami International Autodrome, and go flat out as F1 Sprint comes to the game for the first time in F1 22.
RACE DAY, REDEFINED

New race options in F1 22 will give you more control over your virtual F1 race day, with the opportunity to choose between immersive and broadcast-style Formation Laps, Safety Car periods, and Pit Stops.

F1 22 also includes VR compatibility on PC via Oculus Rift and HTC Vive to give you the ultimate immersive F1 experience.

Get a taste of the glitz and glamour of Formula 1 in F1 Life, a new space for you to unlock and show off supercars, clothing, accessories, and more for the world to see.

My Team and Career Mode return in F1 22 with fresh new features, along with two-player split screen, F2, online multiplayer and all the features you know and love.

Enter the new era with #F122game