Parc Ferme: Sainz or Leclerc at Imola? And other musings… 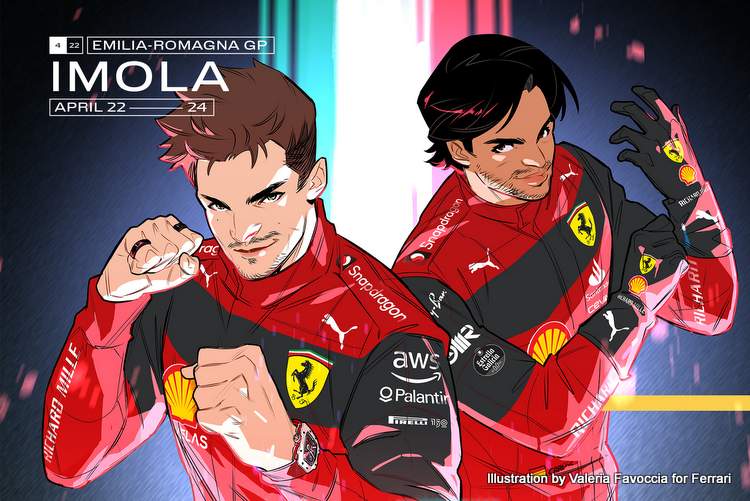 Listening to some of the pundits, there seems little point in watching the next 18 rounds, the 2022 Formula 1 World Championship is already over: Charles Leclerc is anointed Champion and Ferrari sit top of the F1 world once again.

To be honest there is unlikely to be any let-up in these proclamations as we head to and pass out of Imola. The Scuderia‘s in-form Chassis and Engine will have a huge advantage at this high speed/low (wing) downforce track.

Especially as they seem to be able to “switch off” the “porpoising” when entering a corner. And since achieving this feat does not seem to involve the sacrifice of a raised ride height, we can expect them to be on top through the non-aero stuff too.

The only thing that could rain on their parade is the weather and, ahem, rain. Should this occur, then their engine advantage would be reduced, and the odds lengthen slightly, but not by much.

So, another Ferrari win is pretty much ordained for the Emilia Romagna Grand Prix at Imola, short of something silly happening of course…

So which of the two Charlies will it be for their home race?

Leclerc, with a healthy lead in the 2022 F1 championship standings already, would seem an obvious choice here and the one that most people are looking to, but…. I think Carlos has a point to prove. If allowed (and that ‘If” becomes larger with each passing Grand Prix), he could well spoil his teammates’ party.

People have tended to look at the young Spaniard as a “bridesmaid” more than a “bride” in the past. This is underestimating what he can do.  He has a huge work ethic and, at the end of last season, made Leclerc look a bit second hand.

Often out qualifying him and finishing ahead in the races. Hence, I’m surprised that the boy from Monaco has been so “on top” of the Madridista this year.

Maybe somebody’s been dropping a few gremlins in his tank to dampen down his (Sainz’s) contract negotiations? Did I just say that? Hush my mouth! 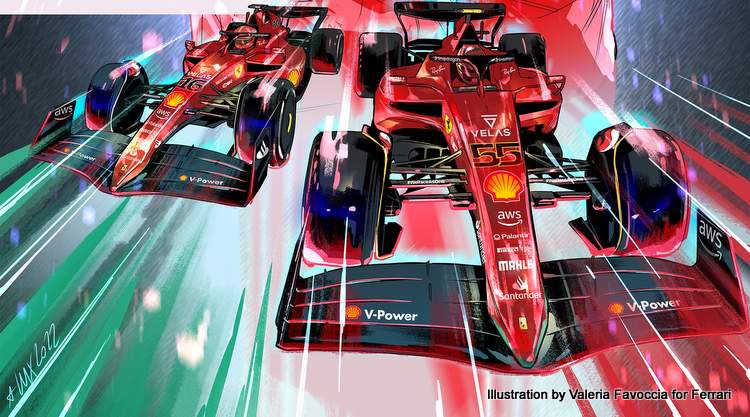 Is it all over for the Bulls?

No, I don’t think it is. Red Bull has the chassis, but not the engine (or a reliable version). We don’t know what compromises have been made in terms of performance to stop their PU self-combusting. If they can cure the temperature issues and “dial” the engine up, Max will immediately be back in touch with the Ferrari, with Leclerc to sure be his top target.

Can Mercedes come back from the brink?

Yes, they can and almost certainly will. In true Teutonic style, they have ground out results way ahead of expectation. Unlike Red Bull who have at best met and at worst fell below theirs. Love or hate them (Mercedes) they are still the team to beat in Formula 1.

Be in no doubt, that they will solve their chronic “porpoising” issues, it’s just a question of when. Whether it will be too late or not to win the World Championship is another matter. I suspect that in Toto’s and Hamilton’s minds, Ferrari and Leclerc are just “keeping the seat warm” until normal play is resumed.

With such a dominant start and the new budget restrictions in place, Ferrari is undoubtedly in the driving seat. They also have two talented racers who can both pull it off, but I just don’t see it as a fâit accompli.

It needed a driver of Michael Schumacher’s calibre and the discipline of Jean Todt to wrestle Ferrari into submission the last time they won (I don’t count Kimi’s win here).

These are big boots to fill for Leclerc, Sainz and the affable Binotto.  If they (Ferrari) were Mercedes, then I would be throwing down the cash as we speak.

But then if my aunty had balls, she’d be my uncle. So, I’ll finish by congratulating all at Ferrari for winning the World Championship already – and also the most beautiful car on the grid as they tend to be when they win!