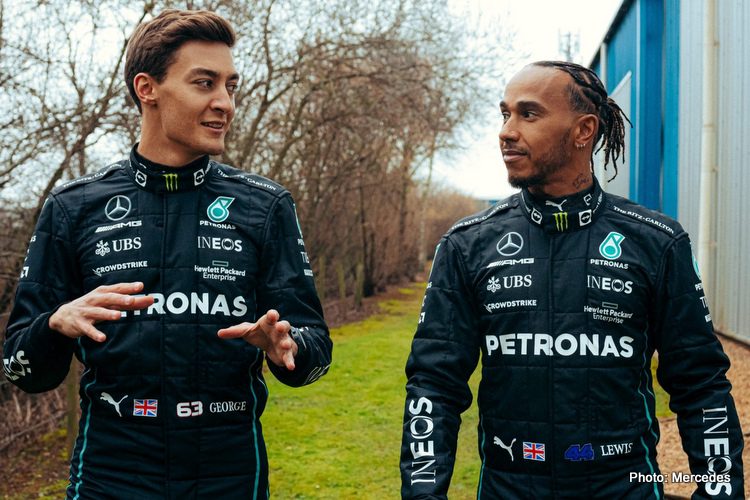 But it’s fake news! Apparently invented by a reporter with too much time on their hands over this short holiday period, according to Unibet.

Several sources,  including Marca and British tabloids, report that Hakkinen is wary of Hamilton’s state of mind and demeanor in the wake of the worst start to a season he has endured thus far in his career.

Oddly they all quote famous click-baiters PlanetF1 with this report attributed to Hakkinen without a link to this supposed report.

The fake news report states: “George comes from a team [Williams] with little or no success. He had some good results in qualifying but not in races. All these achievements with Mercedes are new to him. Everything feels super-good.

“For Lewis, this is a disaster. And with George being ahead, it’s even worse. I wonder how Lewis behaves in the team meetings – I bet he’s sulking. I can imagine the sulking. There’s lots of complaining and whining. And now starts the natural thought process of drivers. ‘Should I go somewhere else?’

“It’s a fact. He’s been at Mercedes for years and won multiple championships. Now that things are not going well, he’ll start thinking of switching teams. The last race in Australia was a tough spot for Lewis, really tough. The team naturally wants the drivers to finish the race. They got the result – not the result they hope for, but still good points for the team.

“But I’m sure Lewis is still annoyed by the situation. It’s hard to be beaten by George. I’m afraid this will be a really difficult season for Lewis,” added Hakkinen.

However, the official Hakkinen feedback on the Australian Grand Prix sourced from Unibet is vastly different: “George drove a really strong race and that 3rd place was very important. It’s really surprising to see him second in the World Championship but his consistency and the car’s reliability has been impressive – fourth in Bahrain, fifth in Saudi Arabia and now a podium in Australia.

“It’s also noticeable that he is ahead of Lewis Hamilton, although the Safety Car had a big influence in Melbourne so I don’t think that is any reflection of relative performance.

“Lewis and George are both doing a fantastic job for Mercedes while the team sorts out its performance problems,” is all Hakkinen had to say officially about Mercedes, Hamilton, and Russell in the wake of the Melbourne race.

Approached for comment about Hakkinen’s, a Unibet source responded by supplying the official link to the Finn’s latest column and added: “Fake News. Journalists with too much time and not enough traffic on their hands over Easter.”