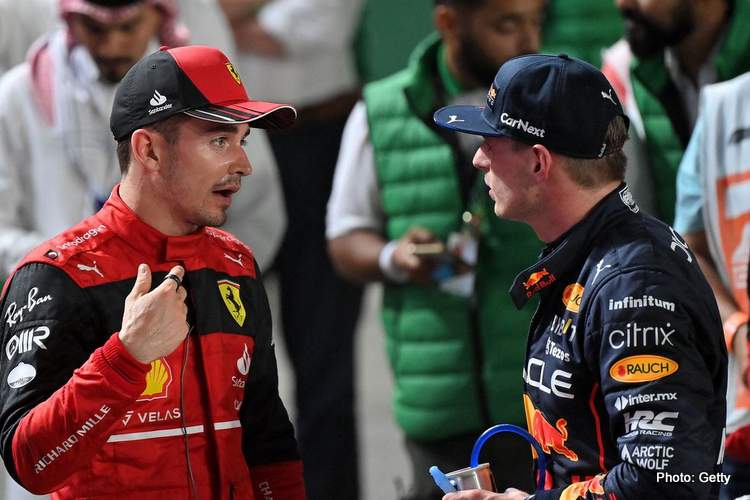 The Flying Finn weighed in on the race – returning to the Formula 1 calendar after two years – in his Unibet column, and believes that Red Bull and Verstappen cannot afford to keep breaking down as the season advances.

“There is so much to take away from this race,” he began. “Charles Leclerc was in complete control and said afterwards that the car felt really strong, using its tyres well and giving him a really consistent performance.

“That’s what any top driver wants – a car that’s quick from the start to finish and responding to all your inputs,” Hakkinen added.

“What’s important is that Charles has taken two wins and a second place from these first three Grands Prix, while Max Verstappen has had one win and two non-finishes.

“At this level you cannot afford to have constant technical failures. Max will not be happy,” the 53-year-old warned.

Mercedes took third and fourth with George Russel and Lewis Hamilton respectively, the former’s first podium with his new team.

“George drove a really strong race and that 3rd place was very important,” Hakkinen commented. “It’s really surprising to see him 2nd in the World Championship but his consistency and the car’s reliability has been impressive – 4th in Bahrain, 5th in Saudi Arabia and now a podium in Australia.

“It’s also noticeable that he is ahead of Lewis Hamilton, although the Safety Car had a big influence in Melbourne so I don’t think that is any reflection of relative performance.

“Lewis and George are both doing a fantastic job for Mercedes while the team sorts out its performance problems, and that is another reason Red Bull need to fix their reliability issues,” the former McLaren driver pointed out.

“This championship could easily develop into a three-way fight between these teams and Ferrari,” he predicted.

McLaren made a big step in Melbourne

McLaren have had a tough start to their 2022 campaign after showing some promise in Barcelona testing, but have gone on to score a strong result in Melbourne; fifth for Lando Norris and sixth for Daniel Ricciardo.

“The men and women at McLaren have really started to unlock performance from the car and it’s clear to see a big step was made this weekend,” Hakkinen said.

“With a major regulation change it takes time to understand how to get a car working, but McLaren is clearly on the right path,” he insisted.

Hakkinen, a 20-time grand prix winner, won his two F1 Championships with McLaren back in 1998 and 1999, whilst fighting with the great Michael Schumacher with whom he created one of the greatest rivalries of the sport.