Marko: Verstappen has escape clause in his contract 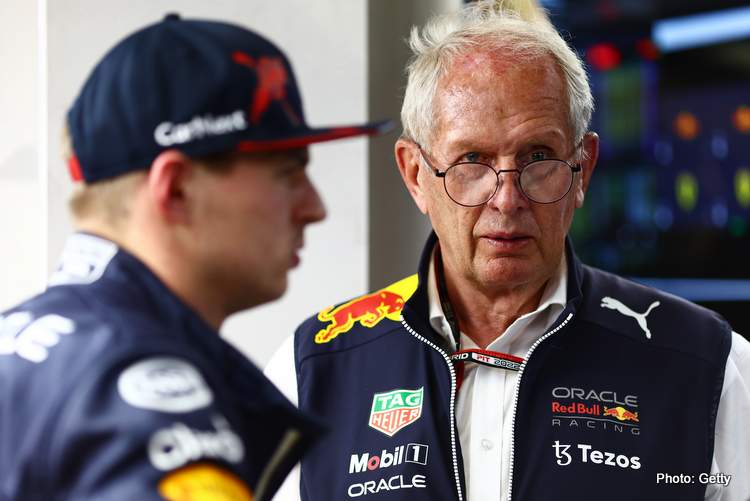 Max Verstappen and Red Bull have announced in March, that both parties will stick together in Formula 1 up to 2028, but team consultant Dr. Helmut Marko revealed the Dutchman has an escape clause in his contract.

The length of the contract raised eyebrows in the F1 community, as it would be risky for a driver to commit his future with one team for such a long period of time, as there are no guarantees that Red Bull can maintain the performance edge they had in 2021, and seem to have been able to replicate at the start of 2022.

But as it turned out, Verstappen has allowed for the possibility of Red Bull failing to offer him a competitive car between now and the end of his contract, as Dr. Helmut Marko revealed the reigning World Champion does in fact have a performance-related exit clause in his contract.

“If Red Bull experiences a kind of ‘crash’, just like in 2014, then there is, of course, an escape clause,” Marko said in an interview with formel1.de, referring to the slump the team suffered at the beginning of the turbo-hybrid era, after dominating the sport with Sebastian Vettel winning consecutive Title doubles between 2010 and 2013.

Max an important link in the chess game

Reports, claiming that Audi and Porsche are set to join F1, are gaining momentum, with Red Bull reportedly being targeted by Porsche for a future F1 tie up on the power unit front.

“Max is an important link in the chess game. It is not surprising that manufacturers take this into account,” Marko added, hinting that there might actually be something in the works with Porsche.

“It was therefore important for Red Bull to be able to say that we have committed the best driver to our team until 2028.

“If you have someone like Max in the ranks, it has a positive effect on the rest of the team and the team partners,” he insisted.

“It’s all still open,” was the Austrian’s response when pushed to comment on the Porsche reports, maintaining: “It makes sense that we are the most attractive partner for manufacturers.”