Jack Berry: Paintings of F1 drivers and hoping to meet them 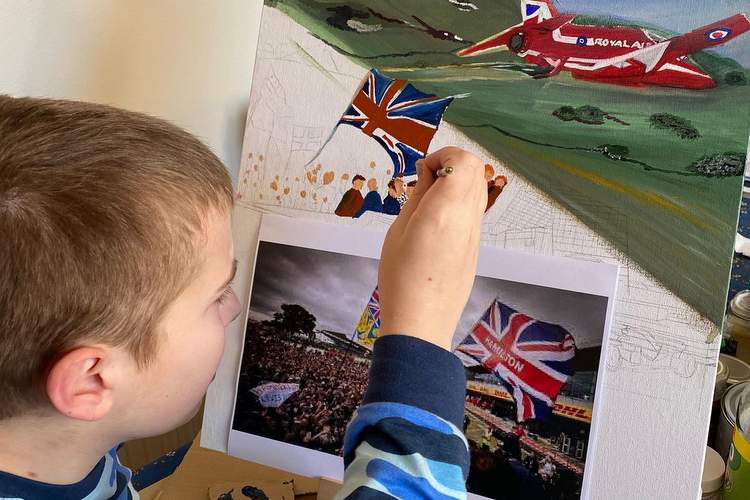 Young go-getter and big Formula 1 fan Jack Berry is keen to have his artwork exhibited during this year’s British Grand Prix weekend at Silverstone so that drivers can see the respect and admiration, as well as the inspiration that drives him against all odds – for charity.

Art allows him to express himself, and because he is passionate about the F1, he uses his talent for painting to portray his heroes.

He says of his hobby and love for the sport: “My interest in F1 has mainly been around the historic cars of the past. My granddad used to watch it. When I do my paintings, I like to focus on the driver, drivers are my favourite.

“I like the British racing drivers, and I also like Charles Leclerc, who took pole position for Ferrari which is my favourite team as well as Williams who are also from the Northeast of England.” 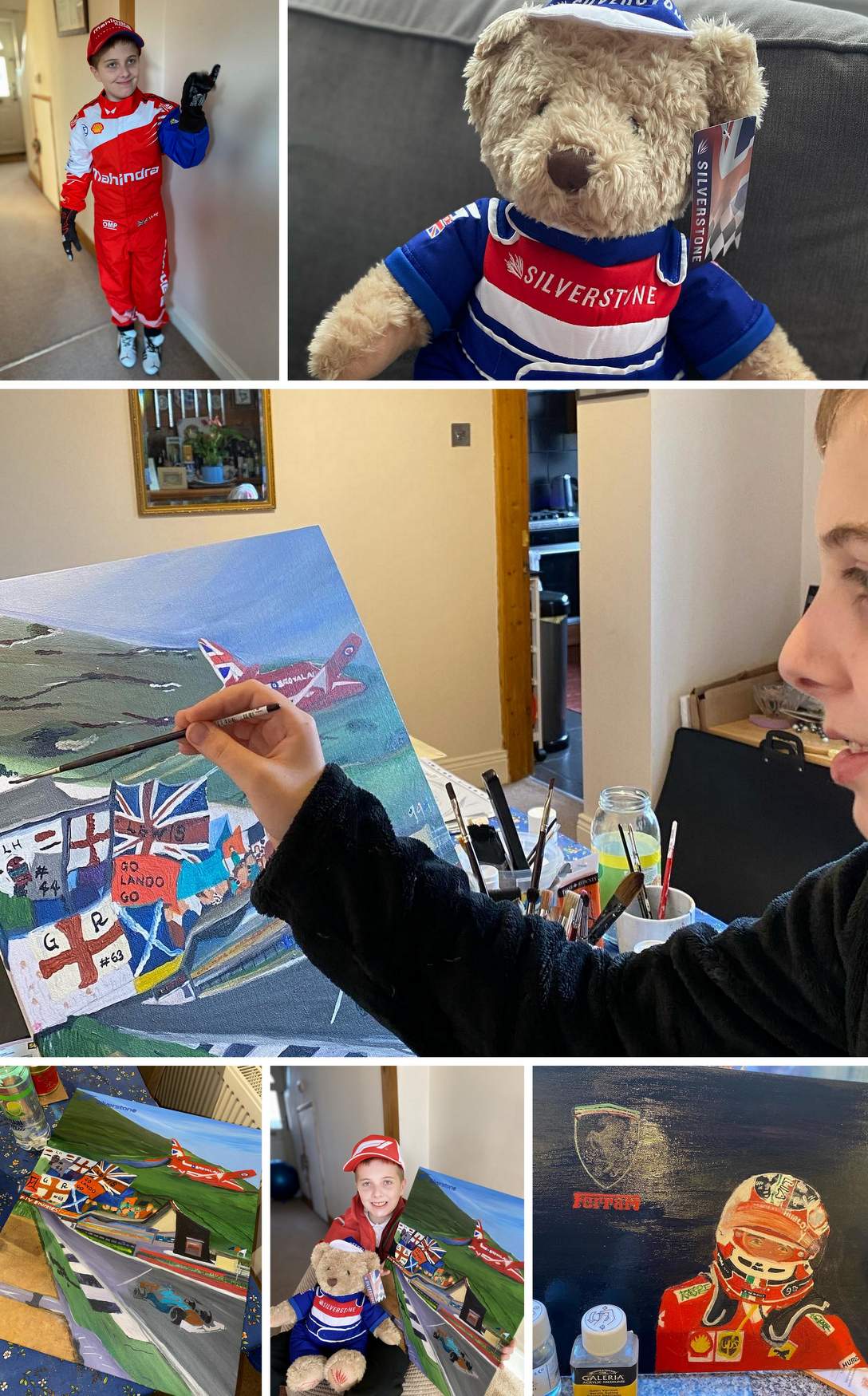 Jack told us: “I’d like to meet some of the drivers, maybe even all of them; I would like to learn about the current cars work and how the car is driven. I would also like to honour British drivers by painting their helmets.”

He is also very interested in aviation, his artwork featuring in a book; a remarkable story of an exceptional young boy and his love for aeroplanes and F1 raciung.

Sara Berry, Jack’s mother added: “Jack produced content for a book which is titled ‘Flying High in the Sunlit Silence’ the book is a charity project. He hopes he will be able to sell prints of his current painting ‘The Best of British’ for the charity.

“Jack is a big fan of Lando Norris who wrote a caption for his book after making a second painting of Lando, his first depicted the 2020 McLaren MCL35 racing car and is included in Jack’s book – Flying High In The Sunlit Silence.

Lando wrote the caption that accompanies the painting and said the following: “Thank you, Jack, for this awesome drawing, and for featuring me in your book.”

The youngster also has a special place in the heart of the Mahindra Racing Formula E team who keep him in the latest kit.

Sara added: “Jack began painting during lockdowns to help with self-regulation. The Silverstone and F1 paintings are going to be part of a charity book.

“Jack wants to embellish his knowledge of the historical past of Silverstone. Jack knows the historic nature of Silverstone from the Royal Air Force years to how it is today. History is a focus that has helped jack to understand his own self-esteem.

“Through his art he finds himself. He can’t attend any races due to his disabilities so he paints what he wishes to see and be part of. Jack would like Lewis Hamilton George Russell and Lando Norris to see what he paints he loves the quote “Still We Rise”

“My wish for Jack is be seen as an artist and just for someone in Silverstone to say how proud they are to see someone with a disability use Motorsport to embrace their dreams.

“We’d also hope for the British racing drivers to see it and maybe sign a printed copy so we can sell or auction that to help autistic people in racing. We’d also like to split that income for art projects within the school,” added Sara Berry.