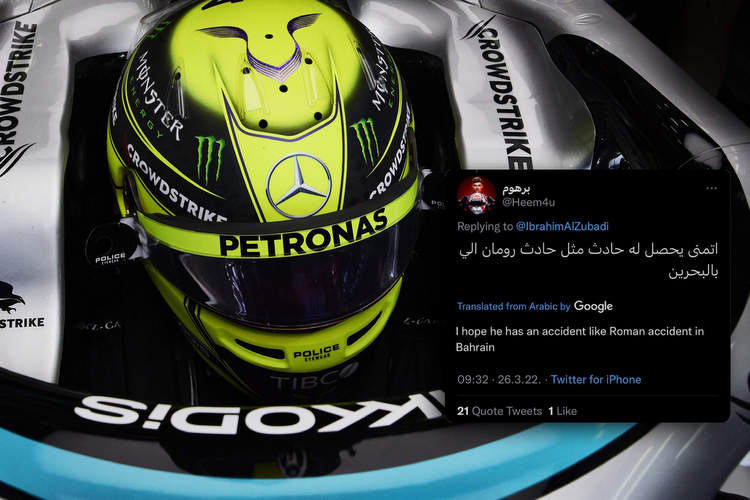 A Saudi Arabian Grand Prix marshal has been fired after Tweeting that he hoped seven-times Formula 1 world champion Lewis Hamilton suffered an accident similar to Romain Grosjean’s fiery crash in Bahrain in 2020.

A spokesman for Formula 1’s governing body, the FIA said the unnamed marshal, writing in Arabic on Twitter, would play no further part in the race weekend in Jeddah. 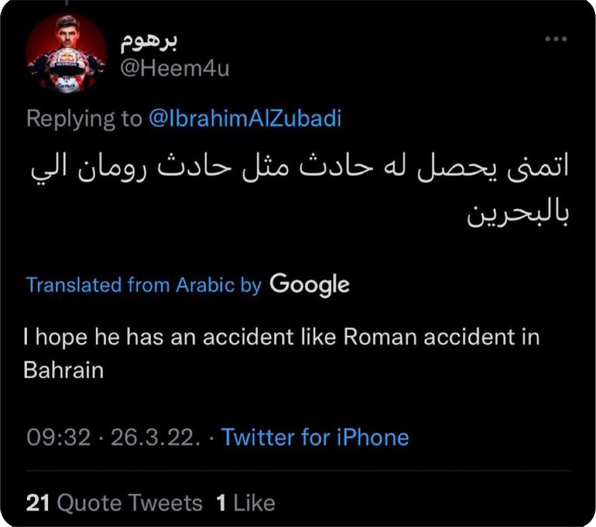 The marshal, whose handle on Twitter is Heem4u apologised in a subsequent tweet to the Saudi motorsport and motorcycle federation and to Mercedes driver Hamilton, who said on Friday he wanted to see more change in the kingdom.

Hamilton told reporters in Jeddah yesterday: “My position is still the same as when I spoke on this last year. There is not really a lot that I can say that is going to make any difference.”

“The sport has taken the choice to be here and, whether it is right or wrong, I think that while we are here, again, it is important we try to raise awareness,” added Hamilton.

Grosjean, the driver referred to in the Tweet suffered burns to his hand but miraculously jumped out of his burning car in the death-defying Bahrain crash that marked the end of his Formula 1 career. The Frenchman now races in the U.S.-IndyCar series. (Reporting by Alan Baldwin)