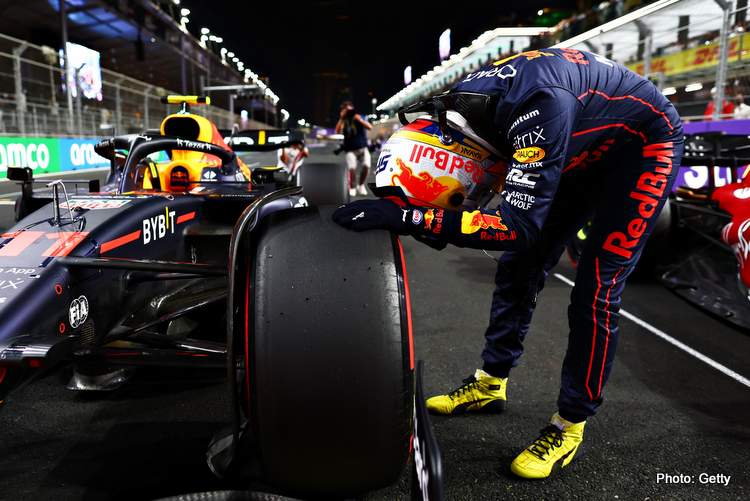 Sergio Perez delivered “a lap in a thousand” to claim an unexpected pole position start – his first in Formula 1 – for Sunday’s 2022 Saudi Arabian Grand Prix, the Red Bull driver ambushing the odds by dispensing with the pre-qualifying favourites.

Typically master qualifier Max Verstappen is tasked with top spot hunting for Red Bull and was, along with Ferrari’s Charles Leclerc, favourite for pole.

Until, of course, he delivered 1:28.200s of sheer brilliance around the treacherous and unforgiving Feddah Corniche Circuit to pinch pole from the Ferrari duo while his teammate Verstappen scuffed his chance; he will start from fourth on the grid.

On his slowdown lap, Perez – the first Mexican to win pole position for a Grand Prix – said over the radio: “Yes! Thank you guys, hard work always pays off!”

In parc ferme, he said: “What a lap. I can do 1,000 laps but I can’t beat that lap! It was unbelievable. We were not really expecting too much from qualifying, we were focusing mainly on the race, so hopefully we get them [in the race].”

Perez: We came to Jeddah from a very difficult weekend in Bahrain

Later in the Red Bull team report, Perez added: “This is probably the most difficult track for qualifying all season, you know if you’re on pole here then you nailed the lap.

“You have to be very precise, you must take all the risks and the risk to reward is extremely high but the positions you have to take around this place to get the perfect lap are so hard.

“We came to Jeddah from a very difficult weekend in Bahrain and the Team have been pushing so hard out here and back in Milton Keynes, so I am extremely happy for them all.

“If anything, we were focusing more on the race pace so we felt Ferrari had the upper hand on us in qualifying. We will see if we have the pace to beat them in the race tomorrow. I need a good start and then I will try to control the race from there.

“t is going to be difficult because the Ferraris are quick and Max will be in the mix too. We have a long race ahead of us but I am confident we can come out on top again,” concluded Perez who will be hoping to score his first points on Sunday after the DNF a week ago in Bahrain. 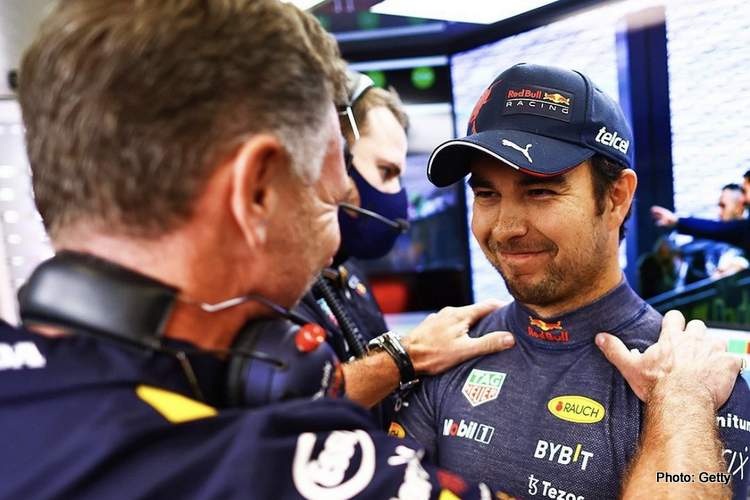 Team boss Christian Horner was chuffed to see their Mexican veteran deliver, while for their ace Verstappen it was a rare occasion in which he had no answer for a teammate who is increasingly appreciated by the Red Bull team who he joined at the start of last season.

“I’m just so, so pleased for Checo. After 215 races, it’s incredible. He’s working harder than ever and that lap was mighty,” said Horner. “We could see it coming and coming, and the Ferraris put down such a competitive marker.

“For Checo to go do that, only the second time I think he’s out-qualified Max. To put in a lap like that, here at the hardest, most dangerous circuit that we go, it’s an unbelievable performance from him.

“I’m just so happy for him. He’s worked incredibly hard and I think that the car this year is more suited to his style, it’s not quite as quirky as last year’s car. He’s done a great job,” declared Horner.

🗣 “Today was very special to me, I achieved the best lap of my life. I feel like I could do another thousand laps and there is no chance I can get the same lap.”

The full story from Saturday Qualifying for the #SaudiArabianGP ⏱🏁