GPDA on behalf of F1 Drivers: We will practice, qualify and race 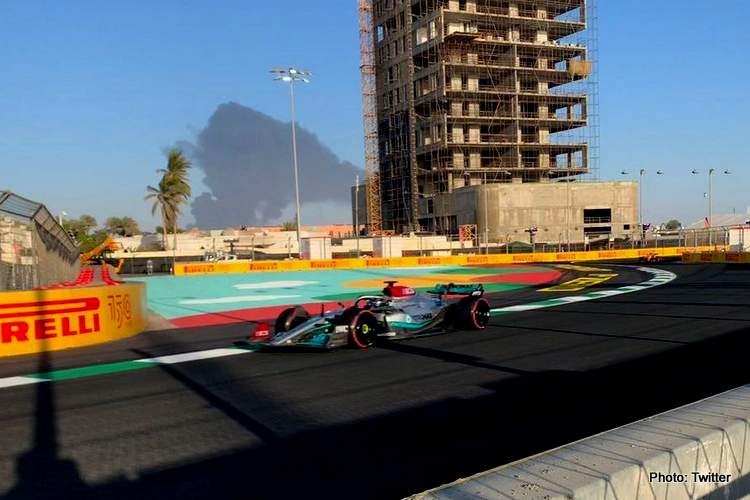 F1 drivers said they will continue with this weekend’s Saudi Arabian Grand Prix after long talks plus reassurances from government ministers that security was ramped up to the maximum in the wake of attacks on the Aramco oil facility within view of the Jeddah street circuit on Friday.

F1 drivers met for more than four hours at after FP2 in a gathering that stretched into early Saturday morning (local time) after the governing body FIA, Formula 1 and local organisers had already said the race would go ahead as planned, casting doubt on whether they would actually race.

Drivers were not so quickly swayed, with dissenters among the 20; none of them spoke to the media after the meeting but team bosses confirmed the race was on.

“We went into long discussions between ourselves, with our team principals, and with the most senior people who run our sport,” the F1 drivers body GPDA said in a statement.

“A large variety of opinions were shared and debated and, having listened not only to the F1 powers but also to the Saudi government ministers who explained how security measures were being elevated to the maximum, the outcome was a resolution that we would practice and qualify today and race tomorrow.” 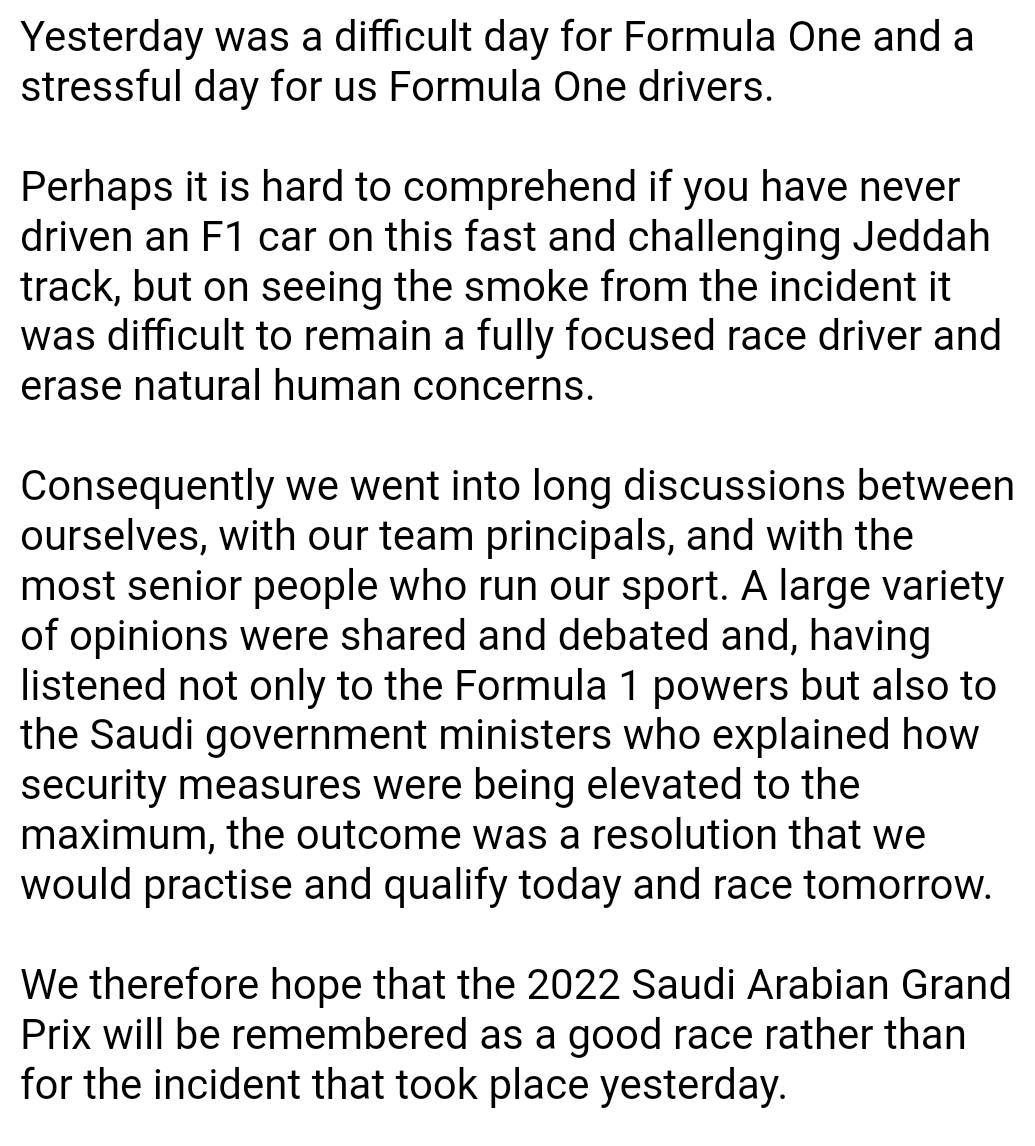 GPDA: Smoke from the incident made it difficult to remain a fully focused race driver 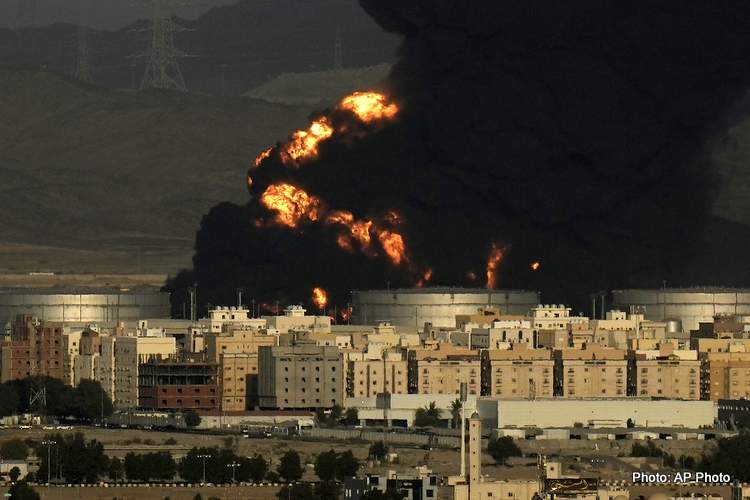 A huge plume of black smoke rose over Jeddah to the east of the track as cars went around the street circuit during Friday’s first practice.

In their GPDA statement, F1 drivers said seeing the smoke had made it difficult to remain fully focused as they tackled the blind, high-speed sweeps and flat-out stretches of the track located on the shores of the Red Sea.

“Perhaps it is hard to comprehend if you have never driven an F1 car on this fast and challenging Jeddah track, but on seeing the smoke from the incident it was difficult to remain a fully focused race driver and erase natural human concerns,” they said.

Drivers will now take part in the final session of practice followed by qualifying on Saturday. Team bosses will also appear at their usual press conference on Saturday.

Eye-witnesses report on Saturday ahead of qualifying that thick black smoke continued to rise from the Aramco site in Jeddah following the attack. (Reporting by Abhishek Takle; Additional reporting by Paul Velasco) 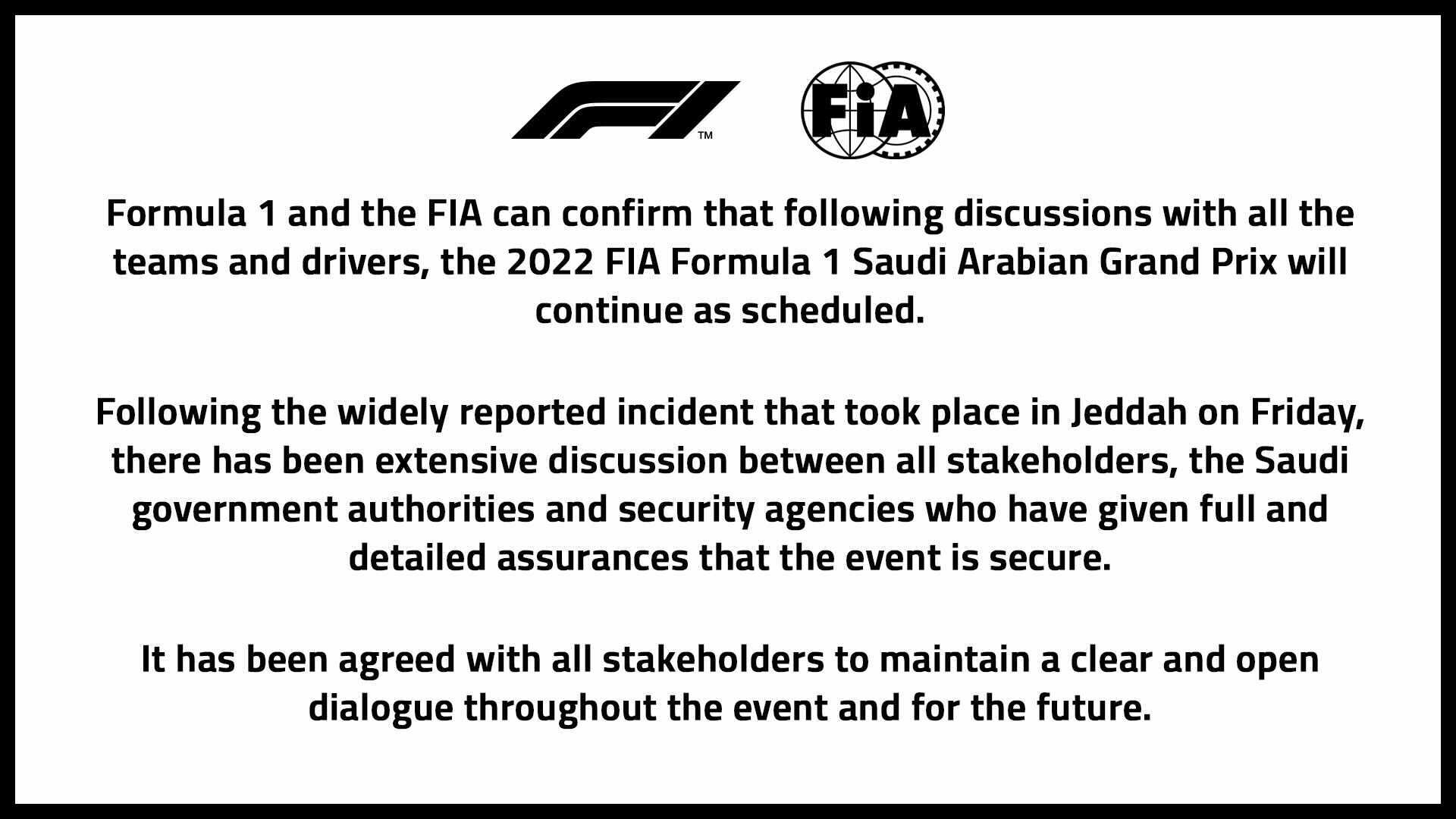